dunnyrail said:
While the track is off perhaps a change of colour to black or even dark brown for the bridge may help?
Click to expand...

Yes brown would be OK - I was going to fix some treated timber to either side so the brown would fit in!

,just a thought that if you made it a covered bridge on the curve you would need quite a clearance for cab roof and pilot on the BH locos to clear but I assume you would have thought of that already 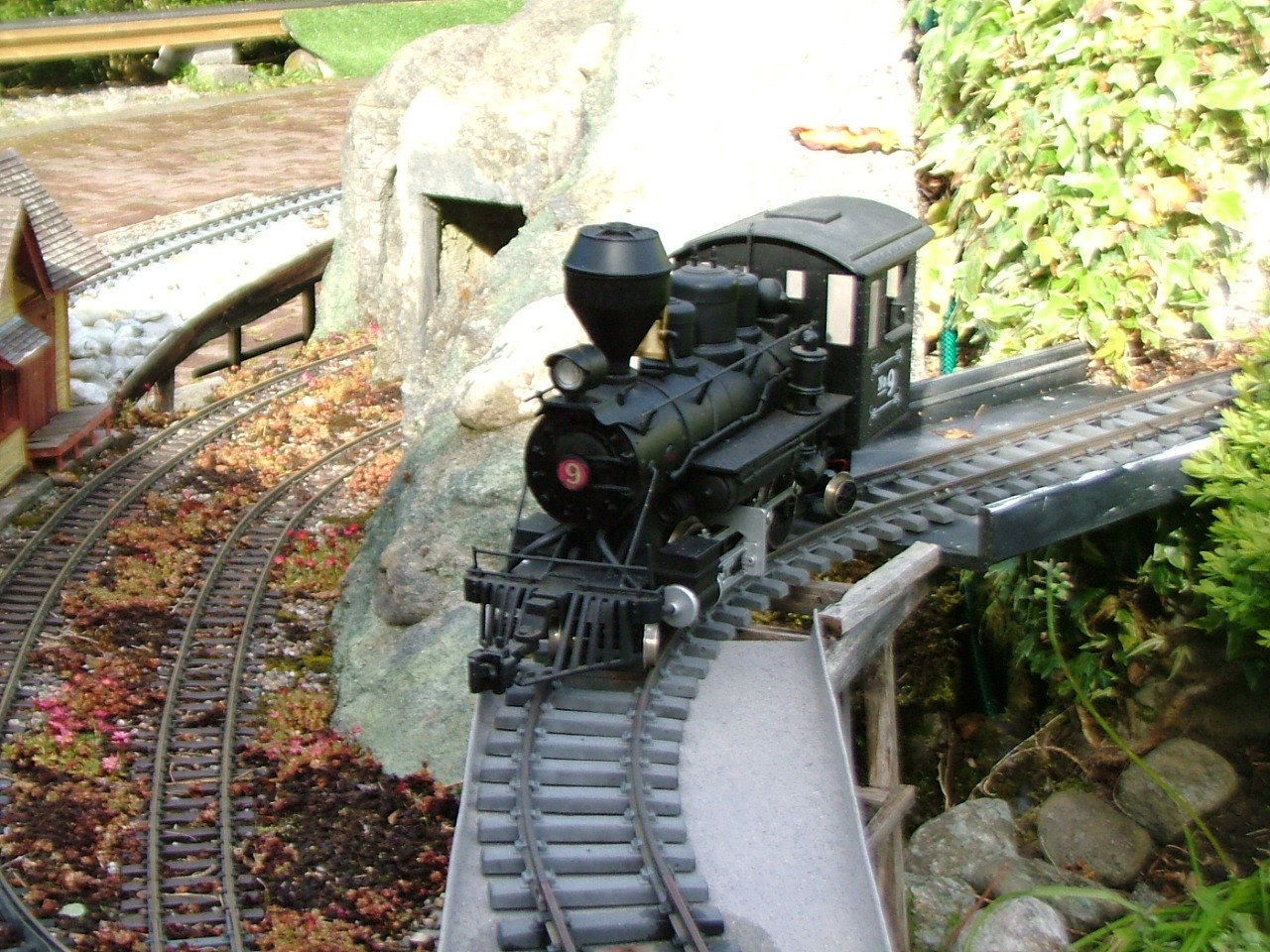 ..... it's all about the swept path. I'm off out to cut the track and insert the two curves - and then do as Jon suggests with a colour change!
Expand signature
Mick - always learning something new (then forgetting it).

trammayo said:
I had another look at things and then remembered I had some R2 curves. I slotted two together to see if I could make things look a little better;

I think that would look better?
Click to expand...

Much betterer....
Expand signature
Gizzy, CME of the Logs, Gravel and Bricks Railway...

So, it was out with the cordless angle grinder and a slitting disc. With the cutout section moved away... 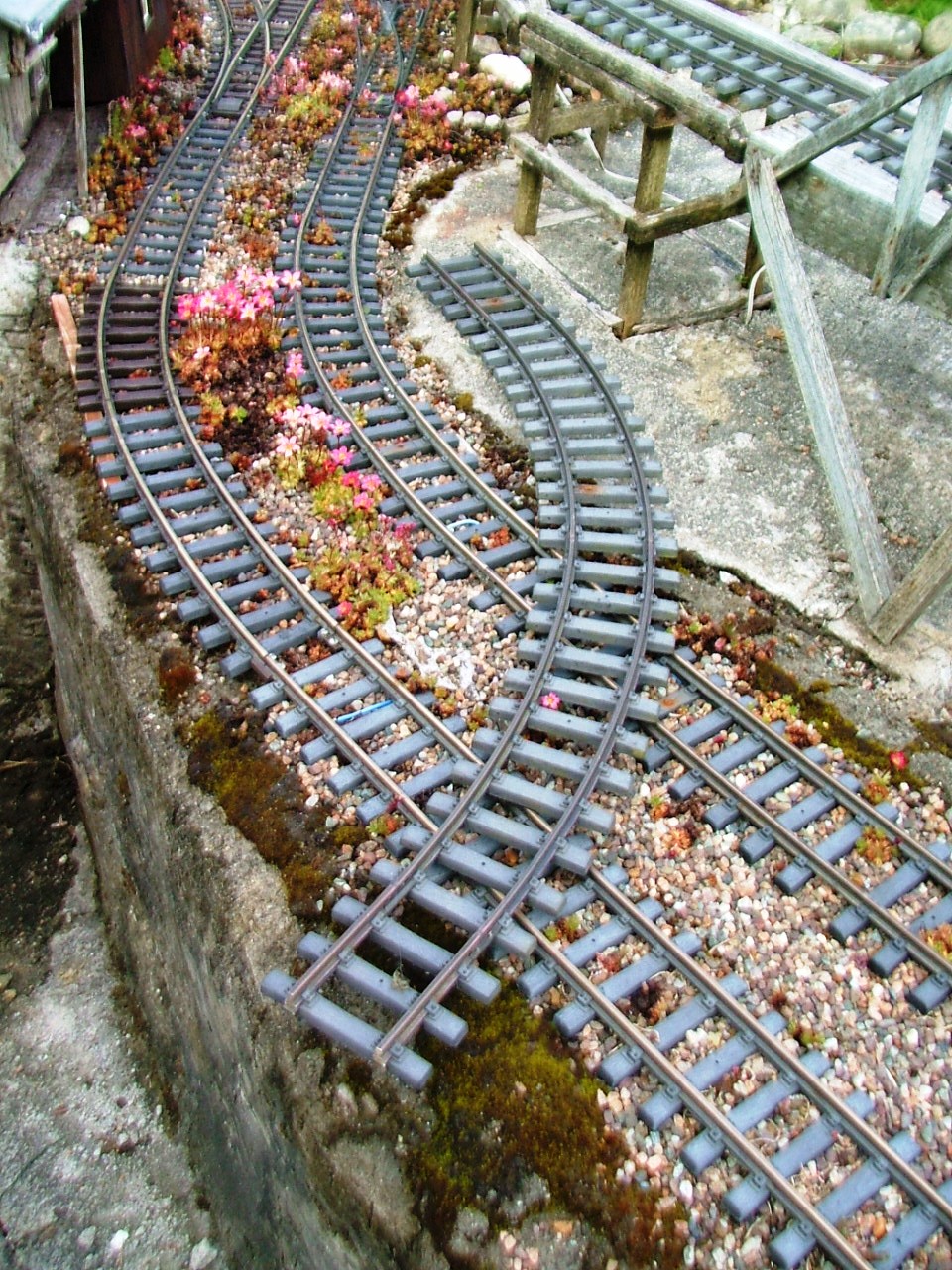 ...... the metal "tray" was treated to a piece of wood either side and then a change of colour to black (rattle can undercoat). When dry, it was repositioned and the R2 curves fitted using clamps...... 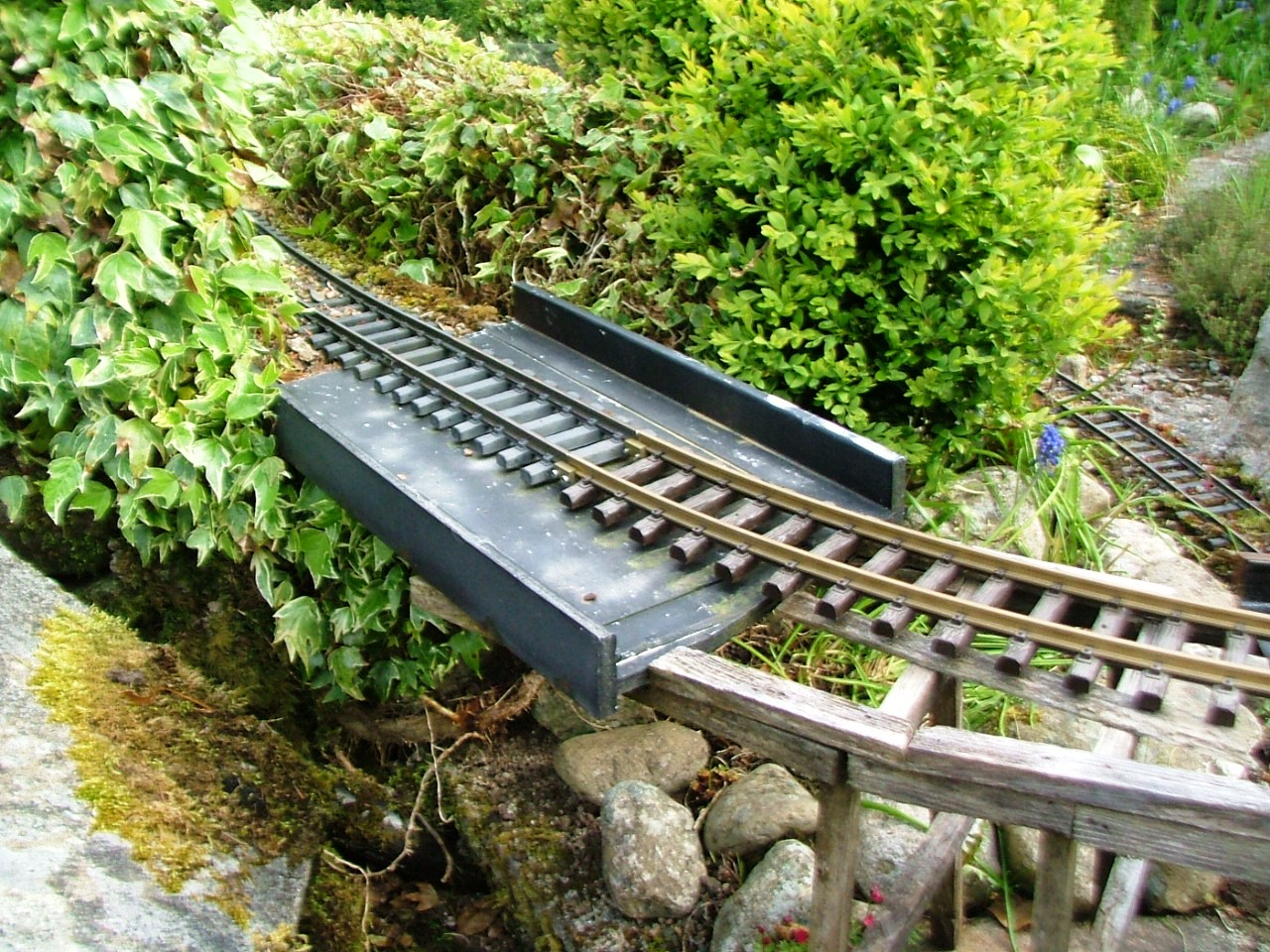 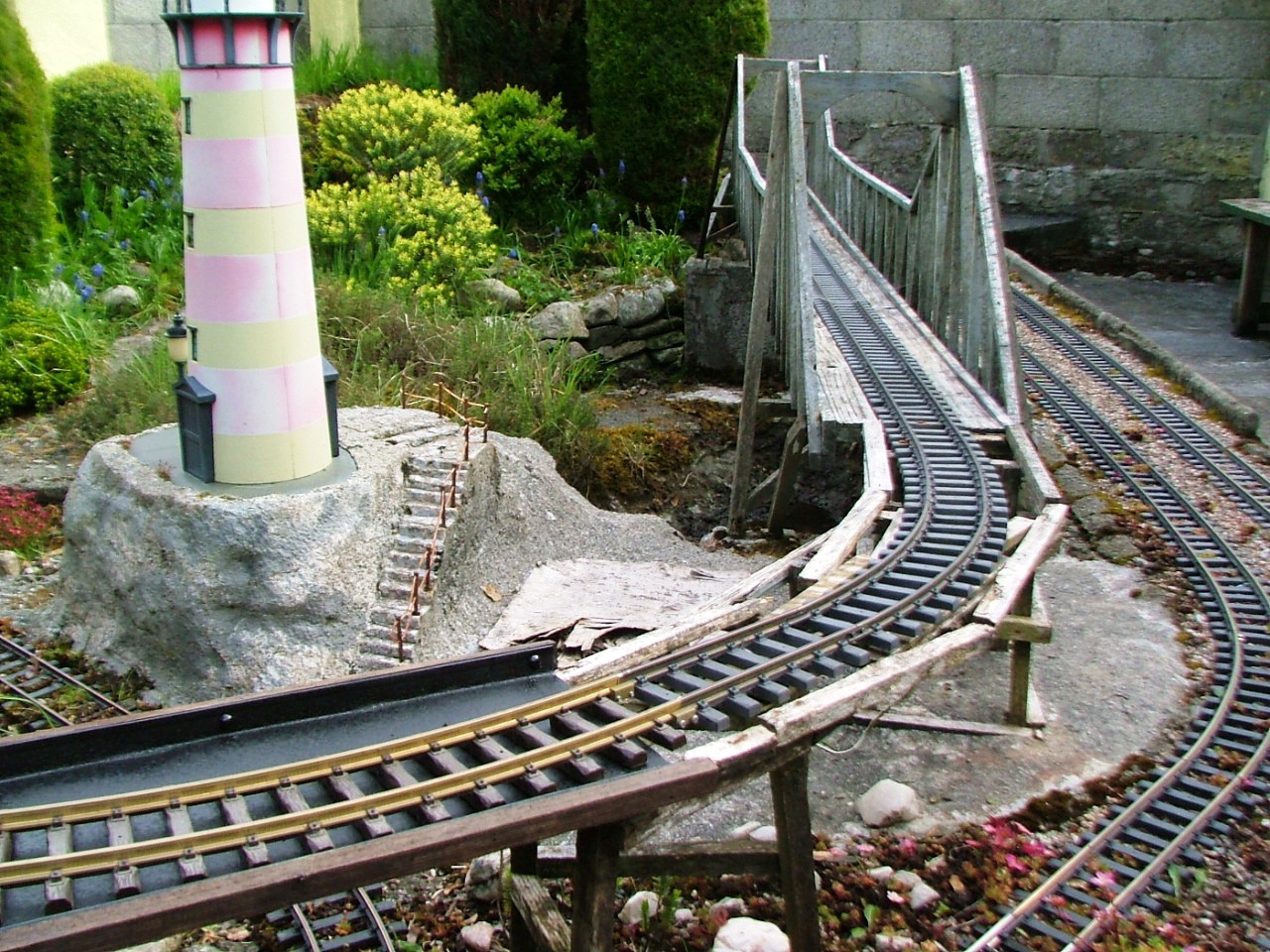 trammayo said:
the metal "tray" was treated to a piece of wood either side and then a change of colour to black (rattle can undercoat)
Click to expand...

. Reason could be that I'd nothing much to report! Apart from running the odd train, or bodging temporary repairs to the trestles, that about sums up my activities. Latest train to run was to test out my latest fleabay finger slip - a South Pacific Coast Baggage car;-

So that went OK but there was just one little niggle with the consist - two of the passenger cars had the same fleet number! So, I thought, I can change the number on one. To do this I could use the self-adhesive vinyl and stick the 'new' numbers over the offending ones.

Simples? I found a font that was the nearest to that printed on the coaches. I didn't want to scratch off the original numbers so I printed the new number on a coloured background...

I printed five of the numbers just in case I made a mess out of cutting them out - which I did. I tried my best to matck the coach colour but I knew I couldn't - hence the red border around the oval. The fine cutting blade, a bunch of fingers like a banana bunch, poor close-up eyesight were all contributory factors (or my excuses).

So that didn't work! Then I changed the shape to a rectangle and increased the border line weight. Cutting was easy and I went over the cut edges with a red marker pen (all this after I'd sealed the prints with the spluttery remnants of clear varnish rattle can). Then applied them on one side...

So it's back to the drawing board (come back MS Picture It 7).

No apologies for the poor pics - didn't know they were that bad until posting. At least they down to my usual (sub) standard!
Expand signature
Mick - always learning something new (then forgetting it).
Reactions: mike
Show hidden low quality content
You must log in or register to reply here.
Share:
Facebook Twitter Reddit Pinterest Tumblr WhatsApp Email Link
Top Bottom