What have you been printing.

3 minutes of fame said:
Are these instead of using servo controlled relays?
Click to expand...

Friend of mine had used all the available Function Outputs on a decoder he was using, the decoder had two unused Servo Outputs, hence the idea of combining a Servo with a Micro Switch, activate the Servo, Servo arm moves and closes the Micro Switch, simple but effective ON - OFF switch.

These are the items used, no doubt they could be sourced elsewhere, given the fluctuations in prices and the difficulty in sourcing from the Far East, opted for UK Sellers.

Not included is the cost of the PLA filament, some small nuts and bolts and bits of wire!

As a price comparison...Hmmm.... guess that's down to each individual.....

It does what it does, switches whatever alternative circuit ON or OFF. 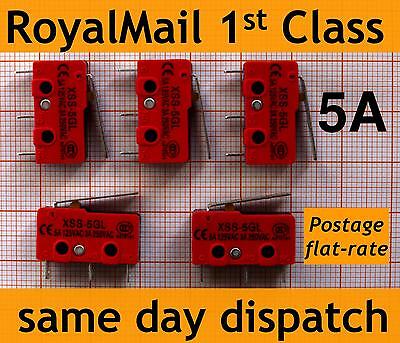 Part number is SS-5GL (or XSS-5GL as they are XURUI switches -heavy duty ). New 5A microswitch (SPDT) with lever attached. This is a high quality switch which works very precisely. CCC, CE, TUV approvals.
www.ebay.co.uk 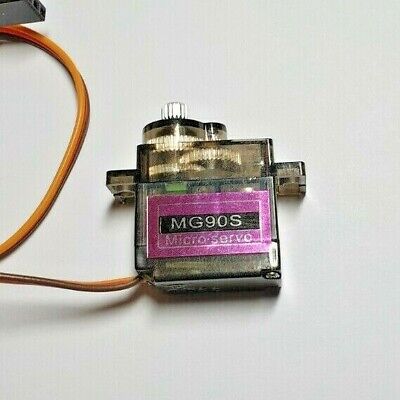 The price difference between a standard nylon/plastic geared Servo to a Metal Geared Servo is minimal, down to end user choice.
Last edited: 15 Feb 2021

All gone to Pot!

Did you print the shaft-coupler?

Such things do exist, but seem to be kept next to the Unicorn Horns..

Could you divulge the source, or print me a couple, please?

Slight tweaks and reprinted the two mounting brackets, test program using a Arduino UNO R3, to establish upper and lower angles of the Servo in relation to the wiper on the Potentiometer.

Next stage, to attempt to design and print a coupler adapter between a 180 degree Servo to the Potentiometer, as the theory worked, splashed out a several pounds on some genuine Alpha and Bourns Potentiometers.

Plenty of time on my hands, extended shielding enforced until the end of March, hence have time to theorise!

A new roof was printed for my Box Diesel. It has a slight overhang at each cab end:-

I'm just having a senior moment. Now what did I come here for?
Reactions: 1 user

I've been printing some new mining cars for my 7/8ths equipment.

Whist awaiting parts for the above, designed and printed surrounds/ base plates for the LGB Track Cleaning Loco electronic adaptation for the Cleaning Motor.

Very much a work in progress, test prints to see how it a) looks and b) ease of assembly.
(Idea subject to change!)

Rik
PS - I've blogged the build here - How I converted a Bachmann Lyn into a Schull & Skibbereen 0-4-4T
Toggle signature
For the latest developments on the Peckforton Light Railway see - Blog , Youtube or Facebook
Reactions: 1 user

and a re hash of a design..into metal wheels on a load...