May of 2018 was the last update to this thread?! Man how time flies! An Engineering wagon, Tm 2/2, updating and detailing a Ge 4/4 ii... not to mention a change in jobs, and a few hundred thousand miles flown to and from Asia and I guess it's time to revisit and finish this build!!

In all reality - I've not totally forgotten about this build, but it's taken ages to find the right set of spares to fabricate the side steps from. Last spring I decided after lots of measuring that I could use LGB's side steps from the 4 axle RhB Baggage Car. I ordered the spares from Modell-Land DE and had them shipped over to the UK... but didn't get back across the pond until two weeks ago to pick them (and a small carry-on's worth of other spare parts)!

The sun came out for the last day of 2019 here at home, so figured I could finish this build up if I focused!

(One note: apparently sometime in the last 19 months, I attached the buffers (puffers) to either end of the car. Not sure when, and apparently I forgot to take photos, but that task was already sorted!)

Last night I dug out the ordered spares - the LGB steps, as well as a bag of LGB's under car brake line valves.

was to break out the Xacto saw and trim up the steps.
I needed to remove the upper flange that intersects the baggage car's body on the stock model. This was done to provide a flush surface to mount to the underside of the works car.

Also, per the prototype, the actual "step" terminates inline with the outer edges of the step supports. As the LGB part's step overhung the support, I had to saw and file down each end as well. 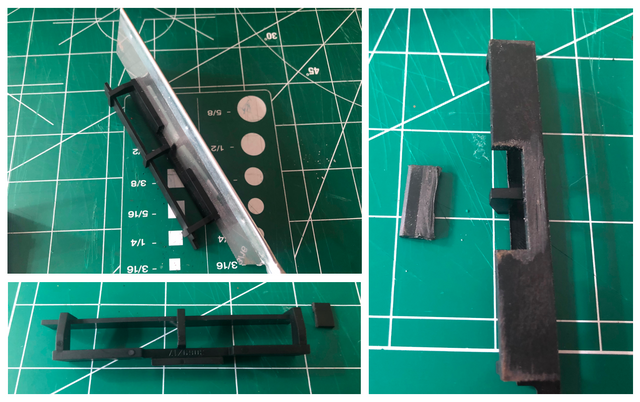 In the top photo here, you can see a modified step vs. the stock part as it comes from LGB.
The lower photo shows an additional cut that needed to be made so that the step would mount to the car's body, while not contacting a small screw boss that protruded from the underside of the body. 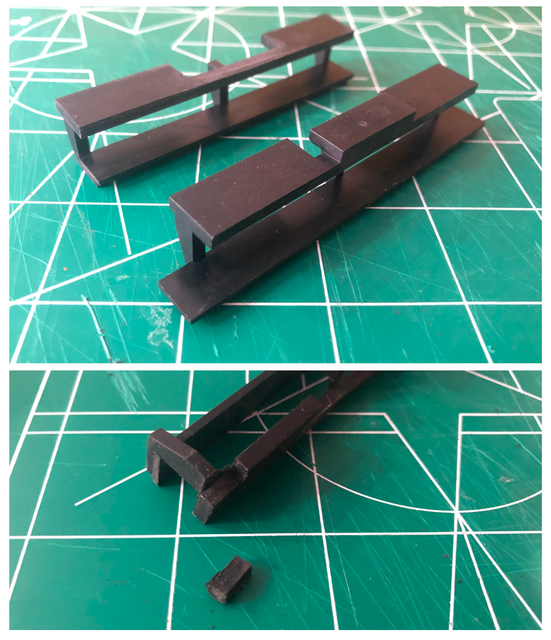 Next up it was time to fabricate the brake line piping to attach the valves to. Initially I worked with some brass rod, but had trouble bending the tight radius needed with the hand tools I had available. So, I thought for a moment and then dove into the box of "parts"!

Knightwing to the rescue! I purchased the bulk bag of styrene "pipes" from the folks in Huddersfield last year for a railing project and it has been a great investment. Can't recommend it enough! 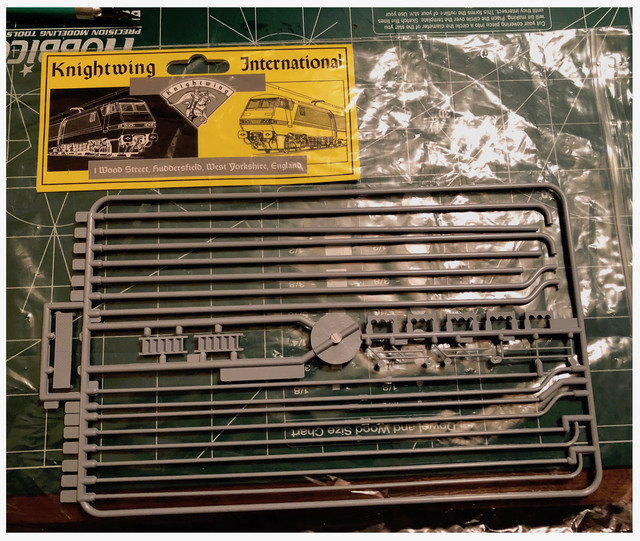 Anyway, with the pipes sorted, I drilled out the LGB parts so they would mount to the diameter of the styrene pipe.

Next up was a plan to mount the pipe to the underside of the car. As I'm sure many of you know, gluing a small diameter rod to a flat surface can be a #!@%& due to the reduced surface area for the glue. As such I dug out some small bits of styrene square. I used the smaller square to capture either end of the pipe, and then used the larger square to cut a few "brackets" to use as the mating surface to the car frame's stringers. 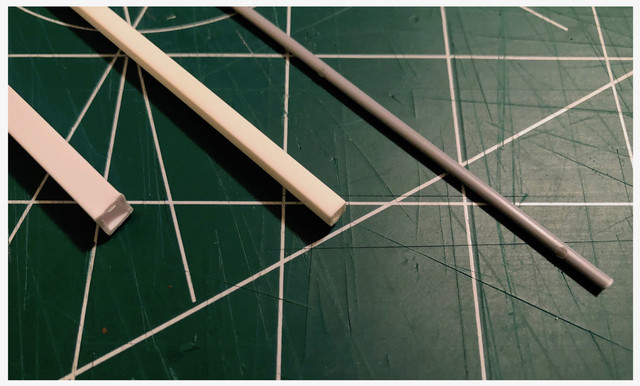 A little AC to hold everything in place, and some final clean up with a fine sand paper and the three parts went out to the back garden for a spray of black paint. I used my standby "The Army Painter" (Spray Paint): Color Primer Matt Black followed by a coat of Testors Spray Lacquer: 1260 Dullcote.

Then it was time to let it all dry in the noon day sun! 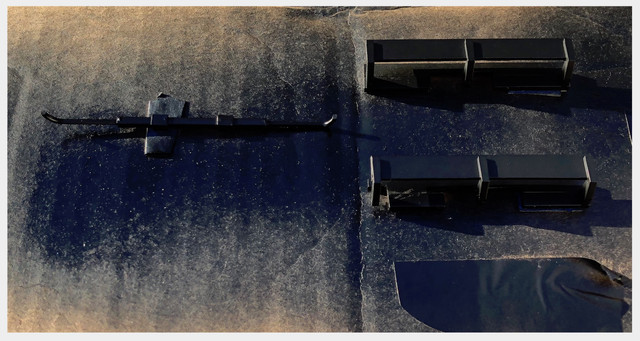 Once back in the house, I used a file to rough up the top surface of the parts where they will contact (glue) to the car's under frame. 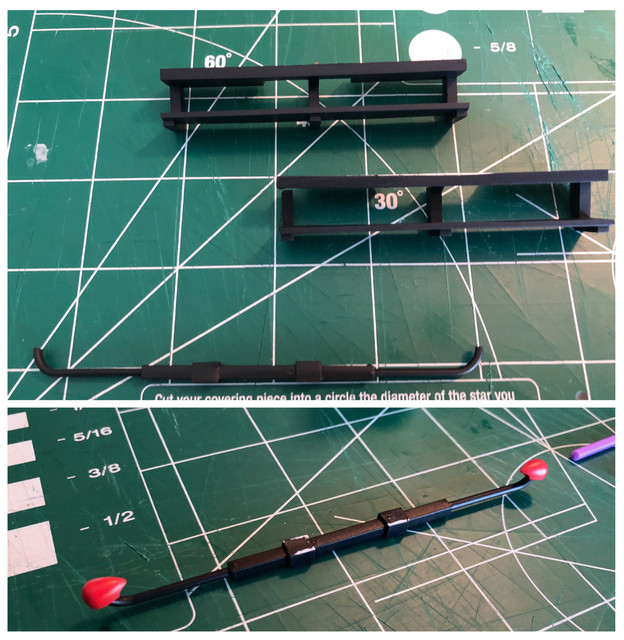 And then it was time to glue! First up was mounting the air line. 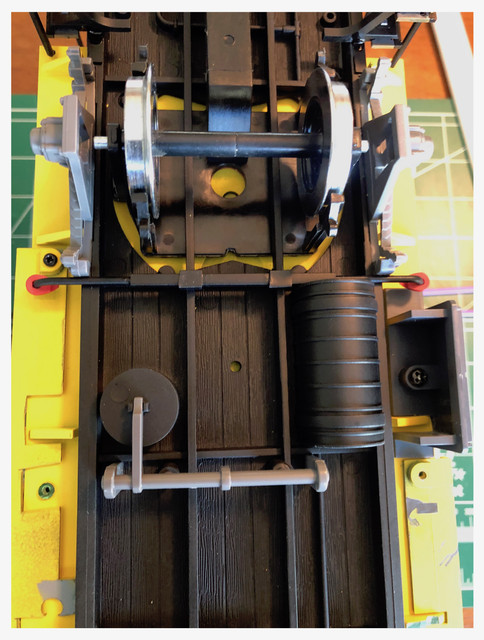 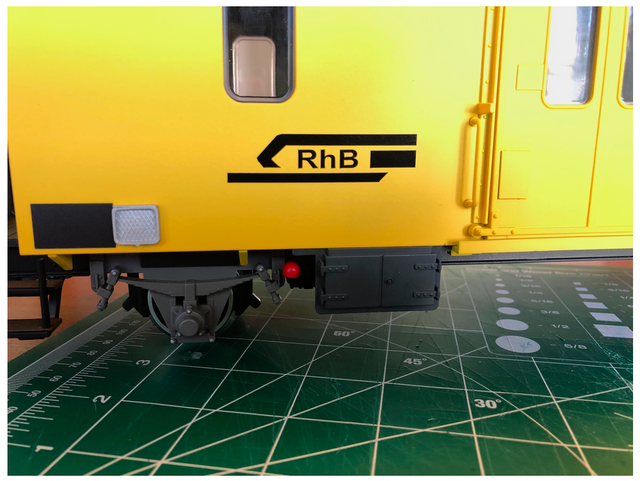 And then with the help of a few clips, I affixed the steps to either side. 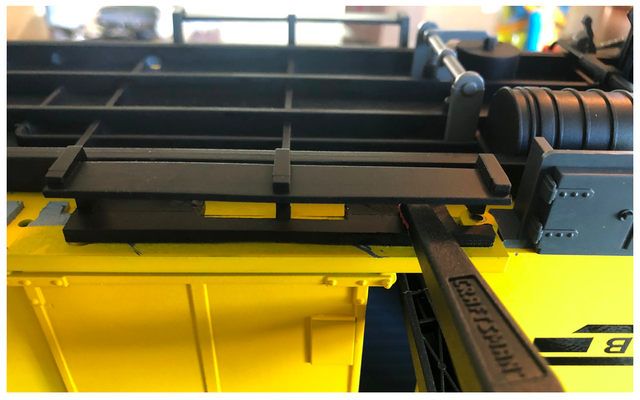 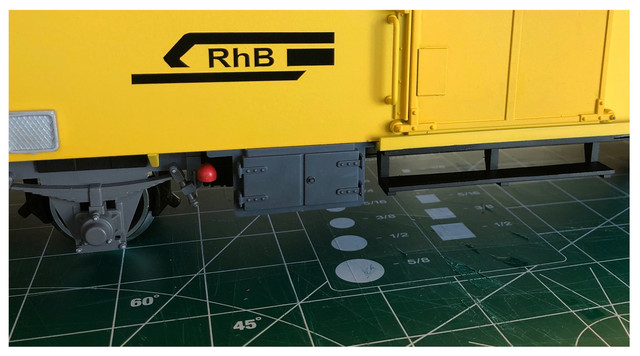 And there you have it! The finished model.

Thanks for following along everyone, and have a great New Years!

Nice job Josh.
Ref your last sentence, I don't know why but my mind keeps drifting to some 1:1 scale models...