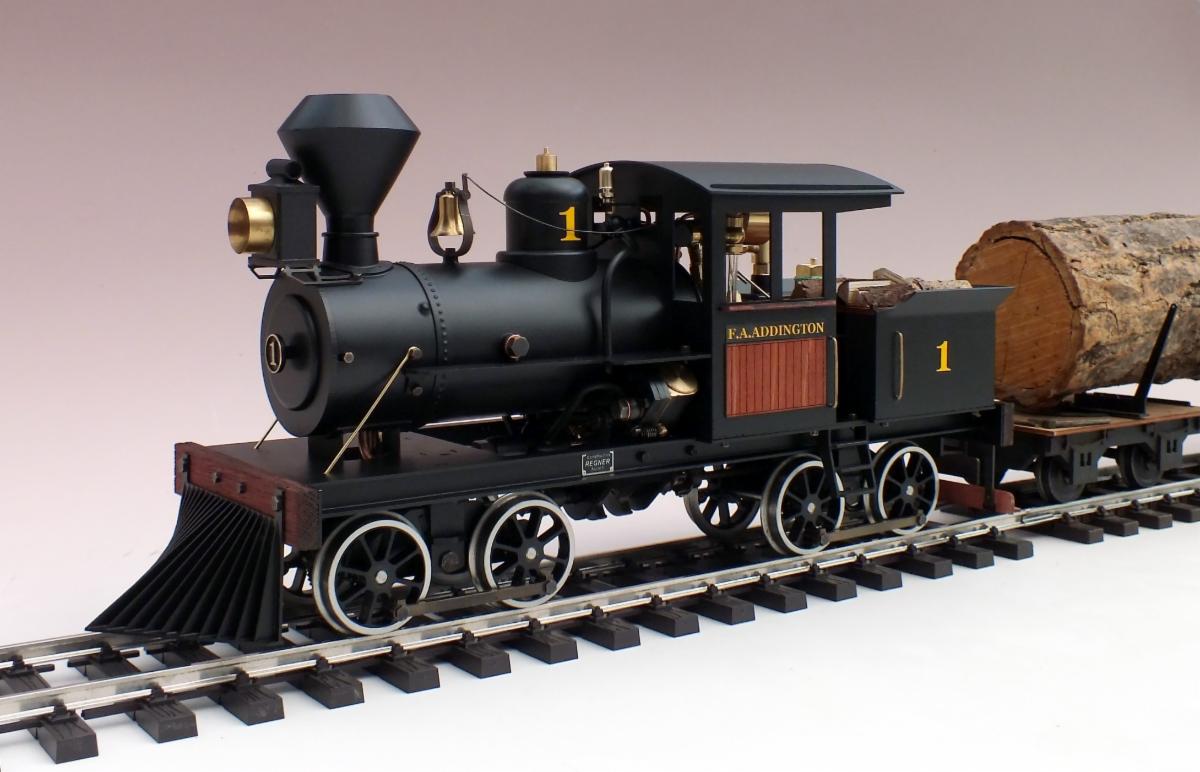 tac. Yes, I thought without me quoting prices, it would be up to the inquirer to find the devil in the details.
Another question is scale. I figure maybe 1:22.5 or thereabouts? Perhaps it is open to interpretation.
The Accucraft one does seem to have more thingamajig bits underneath too but some people may prefer a Regner build.

What's the cost of the Accucraft version by comparison?
Expand signature
Gareth

3Valve said:
What's the cost of the Accucraft version by comparison?
Click to expand...

You pay your money and makes your choice. Even if it's not in any way an accurate model of anything, I'm sure there's folk out there who would enjoy it.

It is a little like comparing Mamod and Roundhouse..

It does have one advantage over the Accucraft offering.. Availability!

tac foley said:
True thing. Have you put in your order yet?
Click to expand...

Unfortunately no, my powers of persuasion are rather limited

PhilP said:
It does have one advantage over the Accucraft offering.. Availability!

Oh dear me ! That one does not tick any of the usual boxes at all. Weirdly proportioned, badly detailed, lack of apparent prototype origin and somewhat toylike. And I loves my geared locos. I'll be looking out for a used Accy then. Sorry. Max

Well I rather liked it, runs superbly slowly as should all Geared Drive Locomotives. Would make an ideal controllable Loco to do some Goods Trains with doing some controlled Shunting along the way. Cow Catcher does no favours, as for the Light well one of them would be easy enough to make. Though the Chimney would not be so easily knocked up on my Small Lathe so a simple one would do.

I am rather worried about the rather spindly Bevel Gears to the Axles. Time Iguess would tell about these.

still not in the Market for any more Live Steam, but ifI were would like the challenge of a new kit to build.
Expand signature
JonD Dunnyrail East German Harz NG circa 1981 in Cambs. Link to my Railway Build A new Railway is Started - G Scale Central Dated vid of trip on my line mihi necesse est optimus

tac foley said:
IF you can find an Accucraft Heisler then you would be getting -

1. A true-to-scale model to the correct 1/20.3 scale that runs on 45mm gauge track, and not a meter-gauge approximation of a Heisler. There do not seem to have been any running on meter-gauge track that I can find.

2. A true-to-scale model that has two large fixed cylinders run from correct Stephenson valve gear, and not a pair of whizzing wigglers.

3. A true-to-scale model with a range of matching lumber industry skeleton cars with an equally-scale-looking appearance.

Those who want the Regner offering will go for it, those who are less impressed, like me, will leave it alone.

The only saving grace is that once the UK has quit the Euro-bondage, we won't be paying the 20% MWST that the Germans do. That goes along with the proviso that HM E & D will no doubt invent a new form of importation tax that will more than likely make up for any perceived deficit in their income.

I completely understand all that, but if you're going to have a pop at the Regner because it's a 2,200 euro a kit that isn't of an actual prototype with Oscilating cylinders etc., [unlike Accucraft] then in the interest of balance I feel that you should at least post up the comparative cost of the Accucraft model.

If the Accucraft model was around the same price, then that's a very valid point (why pay around the same for a lesser model when you can have something better, if you can find one).

OK it may be a bit like comparing a Mamod to a Roundhouse but there are folks on here who do that because they simply don't have Roundhouse pockets.
Expand signature
Gareth

In the interests of the maintenance of domestic harmony I've pulled all my posts relating to this model.