Can a crest 5475 be made to actuate solenoids ?

Greg Elmassian said:
I chose an off the shelf latching relay to keep it simple as I had the impression that Max wanted simple.............
Click to expand...

Well that part of your post I understood Greg

The rest, well......... The problem for me is I do not understand electrical schematics, let alone any terminology surrounding them. By "plug & play" I meant just that. It either does what it says on the tin or it doesn't. How it does it I probably don't have a clue, but I'll try. To quote Arthur C Clarke - "Any sufficiently advanced technology is indistinguishable from magic". I'm at the stage where whatever the solution is it will probably fit that quote to my eyes and feeble mind

However, gentlemen (and any ladies) please carry on your deliberations as it seems as though we might be coming close to finding a finite answer to my original question. Whether is be positive or negative (at least I understand that part of electrickery) Max
D

Greg can you please enlighten me as to where I would need to put the diodes and how I might wire these units in to my Crest 5475 unit As they may be a good solution for me, to run my 5 air solenoids

John now gets my idea... he found the correct type of latching relay, and given the proper one is purchased (right coil voltage), it is as simple as his drawing. I was a bit too busy to look up the right part, I found the 2 coil units... and let John explain his circuit, I did ask questions, but I think completely moot, as I would us the simpler suggestion I proposed first.

The diodes, called "snubber diodes" among other names (flyback diode) go across the solenoid coil, in the reverse direction of the normal current flow. 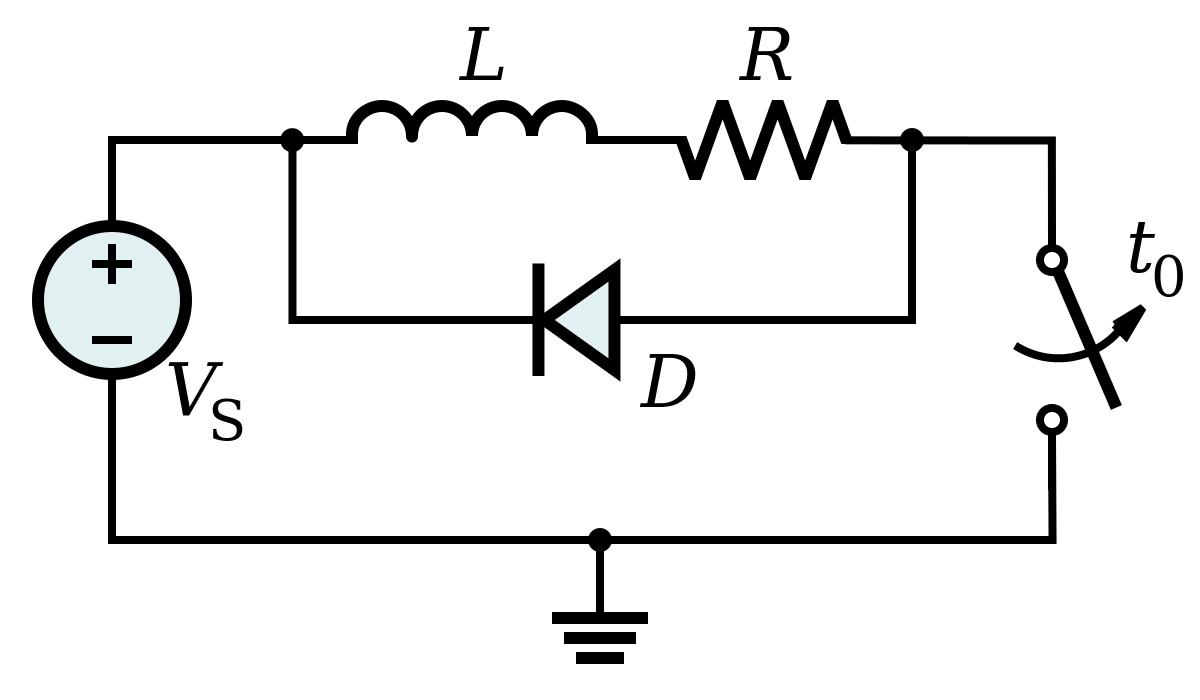 See figure 3... and it would be good to read the article.

Basically, when ANY coil operated on DC (motor, relay, solenoid) has it's power interrupted or turned off, a current flows from the collapsing magnetic field. It runs in the opposite direction to the current created it... This is BEMF, Back (reverse) Electro Motive Force (voltage)

John now gets my idea... he found the correct type of latching relay, and given the proper one is purchased (right coil voltage), it is as simple as his drawing. I was a bit too busy to look up the right part, I found the 2 coil units... and let John explain his circuit, I did ask questions, but I think completely moot, as I would us the simpler suggestion I proposed first.

The diodes, called "snubber diodes" among other names (flyback diode) go across the solenoid coil, in the reverse direction of the normal current flow.

See figure 3... and it would be good to read the article.

Basically, when ANY coil operated on DC (motor, relay, solenoid) has it's power interrupted or turned off, a current flows from the collapsing magnetic field. It runs in the opposite direction to the current created it... This is BEMF, Back (reverse) Electro Motive Force (voltage)

John, have you made a mistake with your diagram above? When the top output of SW A is positive, the positive flows through the top diode but after the relay coil it is blocked by the lower diode (black) or goes to the lower output SW A (red). Etc.
If the output from SW A is reversing, a single coil relay will not permit 2 diodes across the coil, they will block current in both polarities.
Perhaps a better solution is a two coil latching relay with a diode across each coil ?
Alan
D

John, would it help if I were to provide you with a 5475 RX bound to a 5473 TX on Ch1 with their operating instructions ? Or is what you are working on intended as a "generic" solution. I have just acquired the TX as a spare, and an RX controller too. They have been tested and appear to function as they should. In fact they appear virtually unused and fresh out of the box, so to speak. Max
D

The diagram has wires to nowhere....

The relay sets in one polarity, and resets in the other, the Switch "A" wires should go directly to pins 1 and 10.... the diodes I referred to the first time were for your JK flip flop circuit.

The second time I referred to the diode, it was across the air solenoid, not in your last diagram, but it is the diode on the far right in your diagram in post 26.

To sum up: 2 output wires for a switch go directly to pins 1 and 10, positive power to the solenoid (usually 12v or 24v) goes to pin3, and the "negative side" of the diode on the right and one side of the solenoid.

the pneumatic solenoid is on if power is applied and off if no power.

no need to use the second set of contacts or the redundant connections to switch A outputs.

So since the question was on a 5475, this would be the best unit to use, get 5 latching relays as above, and 5 1n4001 diodes and 5 pneumatic solenoids and you can control 5 switches... I don't know how this got so confusing.

Maybe correct the drawing including my changes and the pneumatic solenoid?

There might be a big fly in my ointment here John. Just went to bind my recently acquired ("unused") 5475 to my recently acquired (different source) spare TX and it seems the 5475 does not appear to be able to receive any signal from either it or my other, well used, TX to bind it to either of them.

I powered the 5475 up, red power LED on, Crest @ 13.8v DC as power source. I pressed an "Alpha"(eventually any, not just A) key on the TX, as per the instructions, and at the same time the "code set" button" on the 5475 - no flashing, or even steady green, LED signal light lit on the 5475. I tried both my transmitters, that I know are functioning perfectly with their respective 5471 RX's. Tried using different channels on each TX, still no luck. The green "signal" LED on the 5475 just will not light up. Not a flicker.

Yes, no other receiver was switched on when carrying out the binding process. And, as I am aware this can be an issue with the speed controlling RX's (though not mentioned in the 5475's manual) I have kept the TX and RX's as far apart as possible (arms width, I'm 6' tall) when carrying out the binding process. The aerial lead is not detached from the board, I opened it up to check. Everything looks clean and pristine as though the 5475 is fresh out of the box.

The Ebay listing for this item stated "never used" & "fully working". Interesting, if "fully working" how come none of the 10 channels on either of my TX's will cause the green "signal" light on the 5475 to illuminate when Button A is pressed on the TX. Is there some way a previous binding operation can be deleted without leaving any trace of this being done to allow the claim "fully working" to stand as true.

So, do I have a faulty 5475 or am I making a very basic mistake. Remember it is "Plug & Play" Max you are dealing with here

Ohmigod... so the first drawing in post #32 is correct, except I would like to see the pneumatic solenoid connected.

Although the waveform is misleading, why put what most people would assume is AC there? the outputs from SWA are momentary, and the polarity is set by the button you push...

These momentary pulses from the Crest will either set and latch the unit in in one of 2 states depending on the polarity... set or reset.

When "set" 12 volts will be supplied to the pneumatic solenoid connected to the red and black wires at the right.

The solenoid is NOT polarity sensitive. When the power is turned off, the back emf from the solenoid is absorbed by the snubber/flyback diode.

That works.... follow that schematic, it is the simplest ... also there are tons of manufacturers of these latching relays and more suppliers than just Digikey.

BUT:
The circuit below does NOTHING, since the addition of the 2 diodes connected to the SWA outputs blocks EVERYTHING.... plus the errant picture of a noise capacitor that the text says is connected across the SWA outputs is probably not needed. The inductance of the latching relay coil is most likely so minimal that there is no need, but it would not hurt, just take out those dang diodes!!! Any diode on the output of SWA will block one of the polarities, and 2 in this configuration block everything.

Your pictures do not match your schematic...

Notice the orientation of the 2 diodes in the schematic as opposed to your picture.

Start there... I will address your issues one by one, and we can clear them one by one.

So let's address my statement that the schematic below does nothing... look carefully... the answer is below the schematic.

You need to reverse one of your 1N5819 diodes in your schematic... no current can flow from SWA wires given this schematic.