We often get a few questions on here about Signals. I have a few on my line, most are Playmobil with one LGB and a few other Scratch Built Discs from the Ruschbahn but just one Arm Scratch Built one. These have all appeared in other posts so this little start is about the ones that I built for the 16mm group layout that I used to be involved with. Sadly many of the guys that were involved with that layout could not understand the concept of Signals, their use and why they needed to be obeyed. I may add a little about that to this drivel but first the Signals wot I made.

The arms were made up with thin brass but tinplate would work just as well, will rust a little in the Garden but if you like old and decrepit that is just the ticket. In the Canisters is the Fishing Line and Tenmille Lever that operated them in the layout. Always removed and fitted with Brass Screws after each time the layout was set up. In the Garden they would be a permanent fit. Moving parts held in place with Brass BA screws, well oiled would preserve any moving bits in Tinplate. Nite the Spring to return the point to Normal (Stop) mode. Signals in general are NOT used to indicate that a point or route is set but to indicate that it is OK to move with varying differences to help a driver know the route to be taken, an important point not appreciated by many modelers of my acquaintance. Though some are of course Signal savvy. 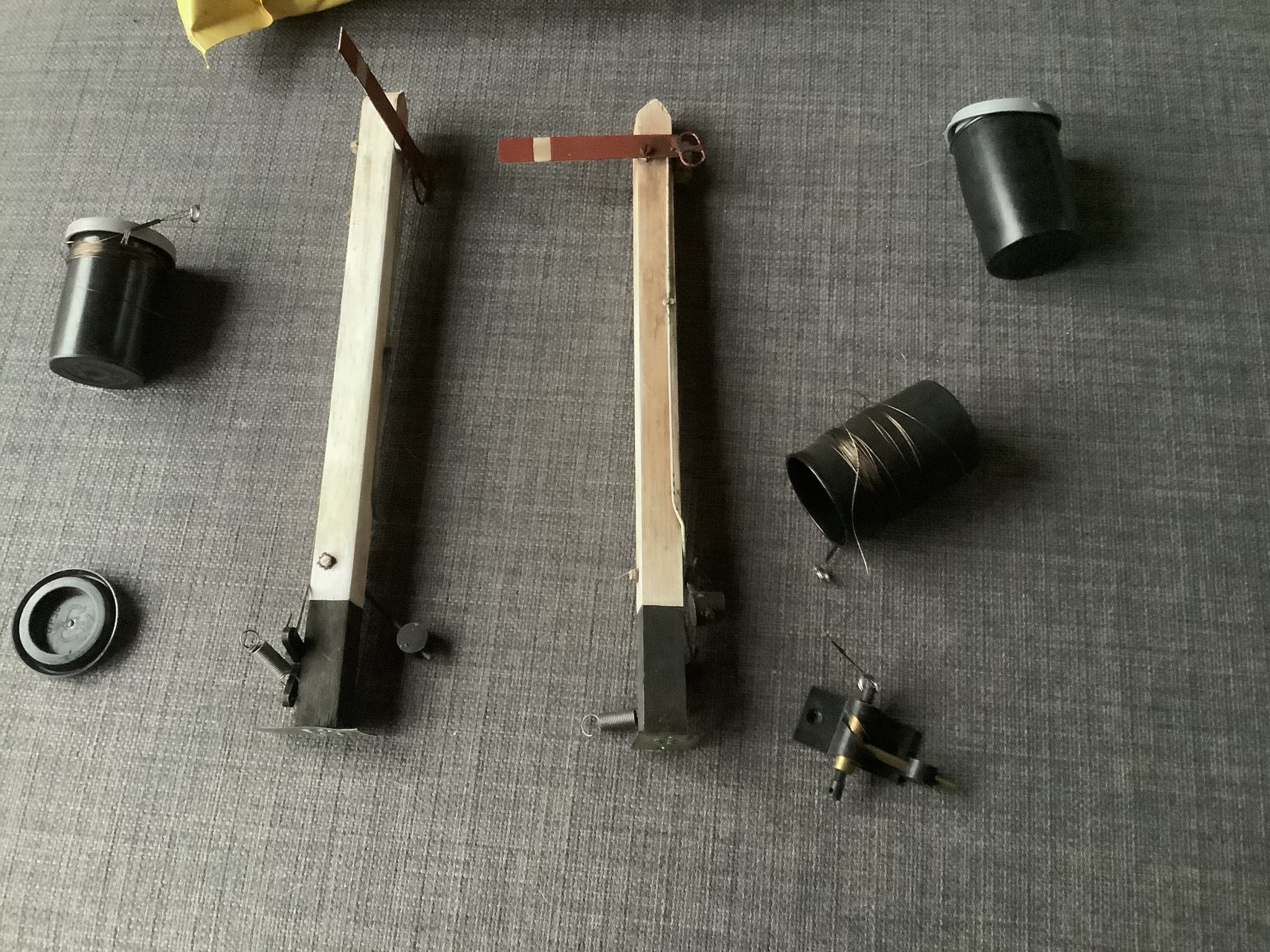 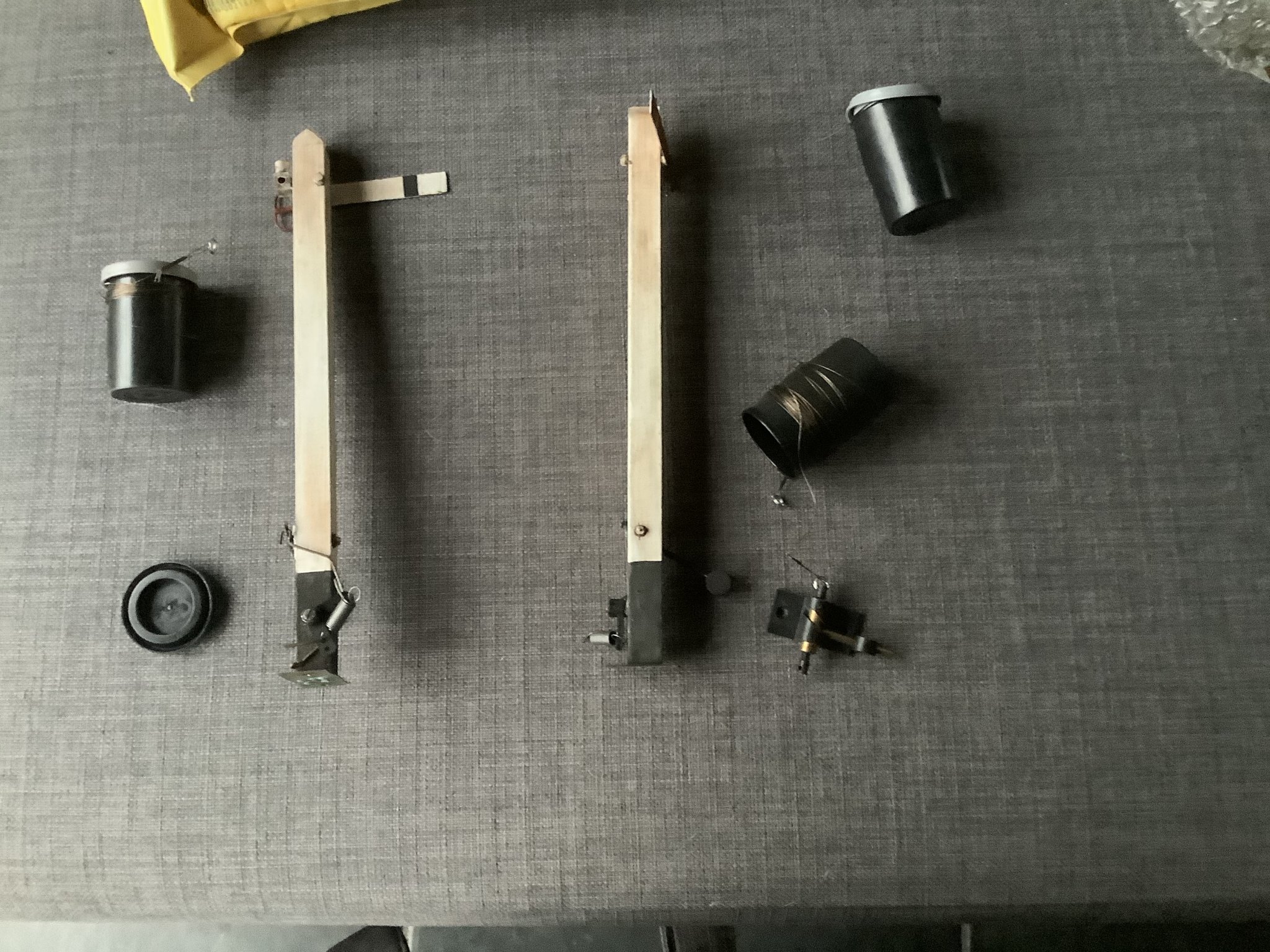 Close up of the Arm showing the Lamp made from an old Mains Plug part. 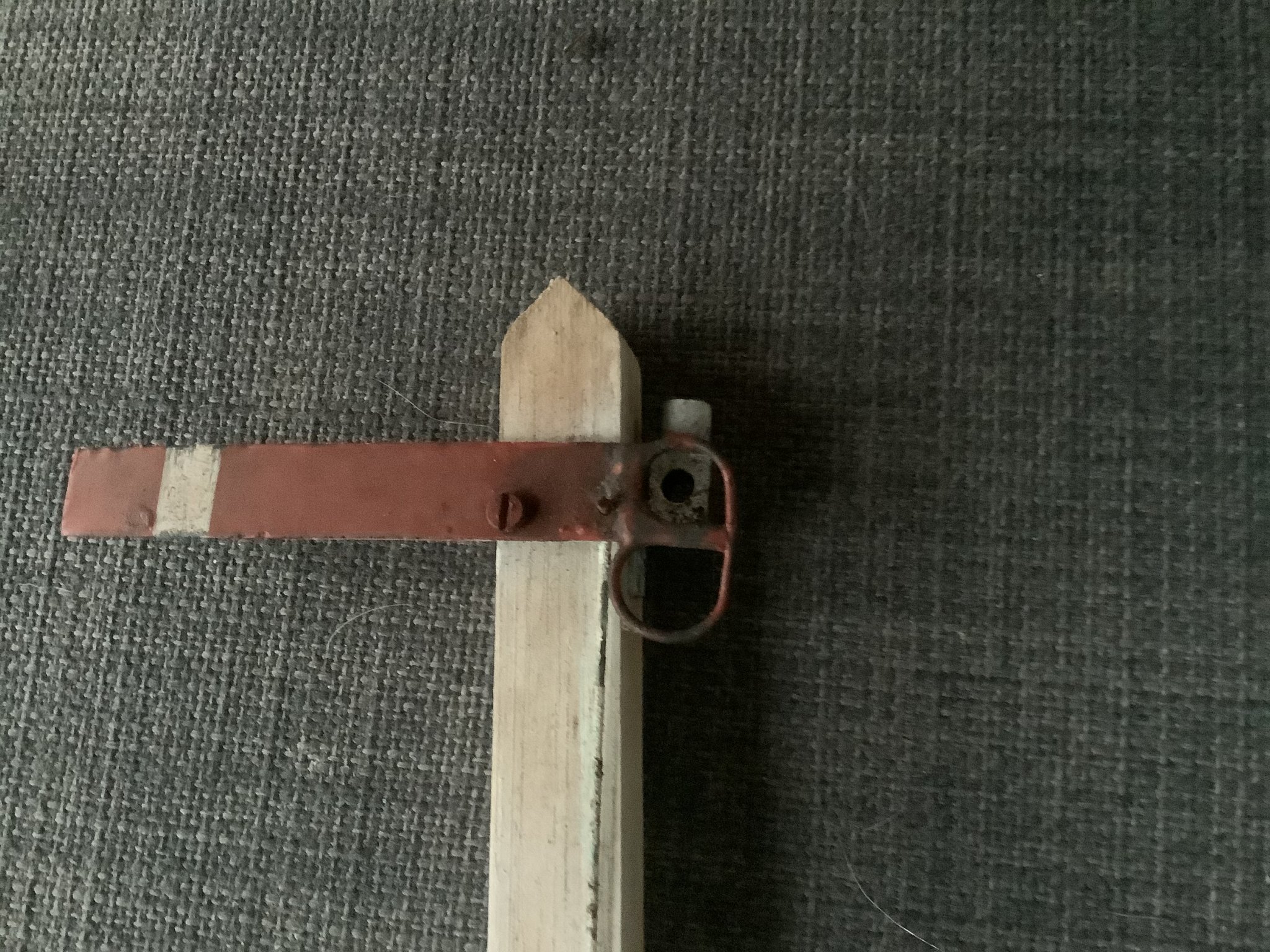 Bottom of the Arm. Note the Spring used to return the Signal to Danger (normal) with the Tenmille Angle to change to direction of the lever pull to “pull off or reverce” (safe to go) the Signal. Though “reverce“ is generally used for points, a lever in a box is Normal or Reverse.
SIGNAL
When the lever is normal Signal is at Danger, reverse safe to go.
POINT
When the lever is normal route is set to Normal. In real or model terms that is often the Main Route a feature that again is not always understood. On my line for instance German Operation is generally for Right Hand Running thorugh a passing loop but not exclusively and there is a recognised priority route through each Station with the normal route set for that. On my line being to the Right for Down Trains x Gernrode. Though as ever this is not exclusive and neither is the prototype that I model. 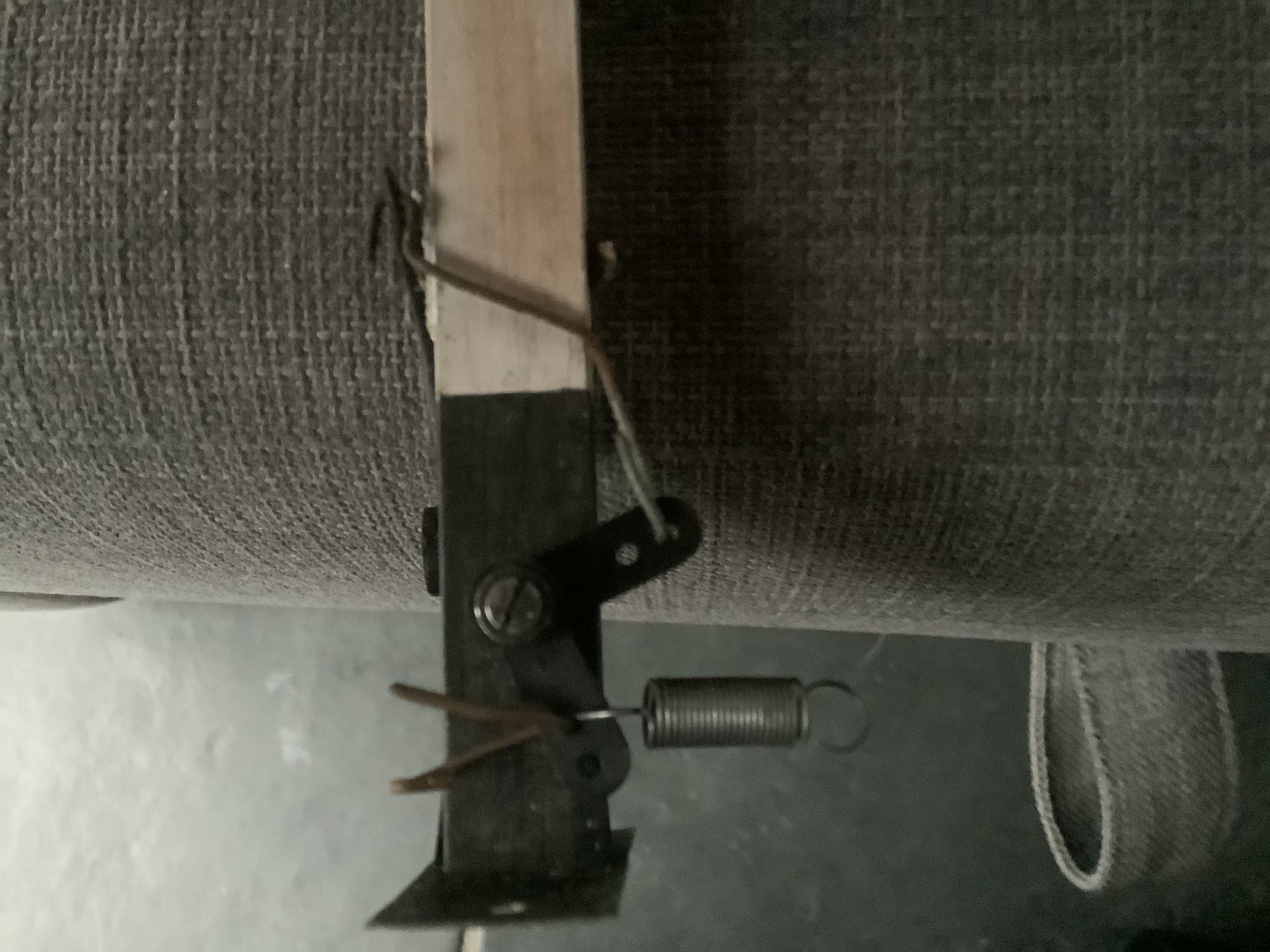