So the AA's should win, hands down.

Greg, all of the class lights I have dealt with on EMD and Alco(the real ones, not models) diesels had a red filter that could be selected. This was used when the engine was the last car of said train, so yes not a "Class" light per say, but as a rear marker. It was a seldom used color, this is very true. On your typical class light there is a little lever under the lense, center is clear, turn it one way and you get green, turn it the other way from center and you get red. So while red is not a "class" color, it WAS a selection that could be chosen to be displayed if the engine was running light, or at the rear of the train. So and engine running backwards displaying 2 red lights would be correct for some railroads. In later years, Conrail removed the class lights and fitted red sealed beam marker lights on both ends of its diesels and used them quite a bit. Even the odd time someone would have them turned on going forward!
Toggle signature
Silly NT's.....I have Aspergers!

Hmm.... I believe you on cab units... but hood units were often different.

The EMD F series usually had a red light offset to one side of the rear door, and often the red light in an A unit was in the same housing as the main headlight.

Yeah those red lights were "end of train" lights. Classification lights were either white or green. Marker lights, well that's another ball of wax...

All of this gets pretty specific by road.

That article that lumped the end of train lights with the green and white classification lights is not really correct.

3 categories of use, and colors. This is the best I can come up with over the years.

Here's a UP specific article, and they make the point that red lights are not classification lights.

All in all, I see it made sense to allow the lights that were mainly (originally) for classification lights to have the red option. I would suspect that on cab units, nowadays the red gets used way more often that white or green.

I'll have to look up the EMF F3, 7 etc. and see if this was ever true... and I cannot find evidence of the class lights on an FA-1 ever being able to go red, but I would not rule it out.

Here is a variation I had not seen: 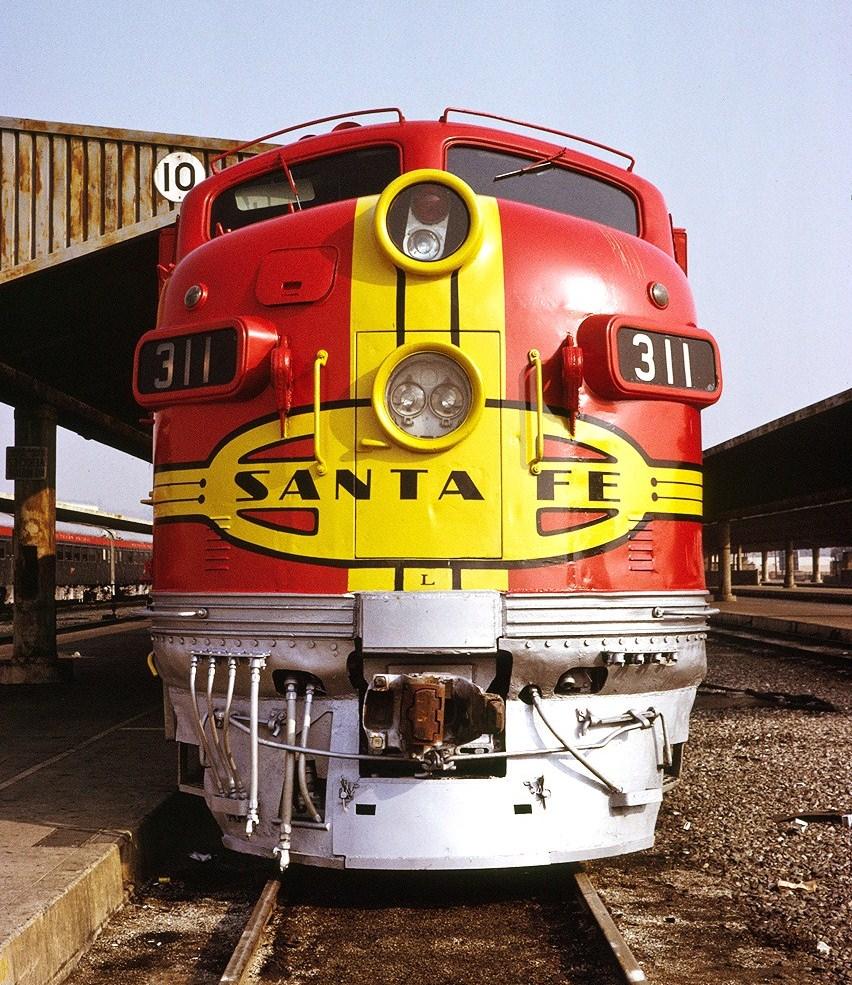