Thinking outside the box a bit here but here goes.

I use battery R/C for my locos but I have an NCE "Powercab" that I was planning on using on my small HO layout, but as I also have an NCE "Twin" as well, i thought that I could use that on the HO (small layout 2 trains at a time would be heaps) thus leaving me with the Powercab.

My thoughts are to use the Powercab to control the points (and other lineside items may be later) on my elevated G scale layout that is outside.
Power is not a problem as I have a 240V external power point 1 metre away from the layout on the outside of the shed or I can run Low voltage from the shed and as the baseboards are fibre cement and waterproof I can put controllers underneath out of the weather.

As the powercab is rated at 2 A only I may need a booster but if I am only changing 1 set of points at a time would I really need one?
I am guessing that a decoder per point would be necessary to control, probably servos that would do the mechanical work yes?

The majority of the points are LGB manual control with some Accucraft manual control and 2 Lionel manuals. Not all points need to be servo driven just some that are in more remote parts of the layout.

These are a couple of questions that I hope someone can say yea or nay before I go to far down the DCC lineside control track.

My other option is to use a Paspberry Pi via wifi to control servos but that is another subject altogether unless someone can offer some help.
Expand signature
The Ringbalin Light Railway Soldiers On
About the Railway
L

I used an Arduino to control servos on turnouts. Used it with DCC. Only hassle was having to recompile the arduino code when I changed turnout addresses. Only problem I found with servos was their vertical height. I went to LGB turnout motors with a capacitor discharge unit.

One of the advantages of using DCC to control remote points is that you can use the track power to provide power and control to remote DCC accessory decoders. If you don't have track power then you have to lay wire to each point motor in which case you may as well use conventional point motor switches rather than your NCE controller. If you do go down the DCC route then yes you would need a decoder and point motor for each point, although you can drive two motors from one decoder if you have a pair of points that need to be moved simultaneously. Also if you have a group of points together you can get 4 outlet point/accessory decoders which cuts down on the wiring. 2A would be enough IMO.
Expand signature
Dave Miller a.k.a. idlemarvel

2A will be ample for Accessory Decoders and point-motors.. - You are on your own, a little, if you want to use 'home-brew' servo-drive..

You *can* use the track for power distribution. BUT... If you are battery RC, them your track may not have been laid with electrical continuity in mind?
Also, if you use the track, any 'open' or 'short' circuit will be a problem.. BIGGER PROBLEM; Visiting loco's may try to take power from the track!!

Its totally doable with just the 2 amps. The LGB EPLs pull at most 1 amp momentarily when thrown. I run DCC on my layout, but I dont get power for EPLs directly off the track, but rather from the main bus. I run separate wires for each point motor (15) to 4 4-channel Massoth decoders that take power from the main bus. That way the decoders stay completely protected from the elements, are isolated from any track shorts, and allow use when running DC track power. Its definitely a bit more work and costs a bit more in landscape wire, but I laid all the point wiring as I was building the layout, so the extra effort was minimal. Sounds like this could be a good option for you too.
Last edited: 23 Jul 2020
Reactions: LGeoB

When I had my garden line up and running I had the points driven by LGB motors hooked to NCE SwitchKat decoders. They were on a separate DCC bus running next to the track (so not connected to the rails for power), thus I could run DC track power (or indeed power off) and still operate the points. However, 99% of the time the track and the points busses were simply wired together at my NCE's outputs (10 amp PowerPro) for full DCC running.

Some things to consider:

If you use LGB point motors these work on a reversible DC two-wire system, so you need DCC accessory decoders designed for that system. LGB and Massoth are obvious choices, I went with NCE SwitchKats (designed for Kato motors using the same system) as they were much cheaper at the time. I mounted the SwitchKats in sealed project boxes.

Also worth considering: is operating points by having to select addresses and pressing buttons on the PowerCab the most user friendly approach *for you* ? I much prefer a traditional layout control panel. In the end I added an NCE MiniPanel to my DCC setup and made a small "stud and probe" panel just like you can have in the tiny scales 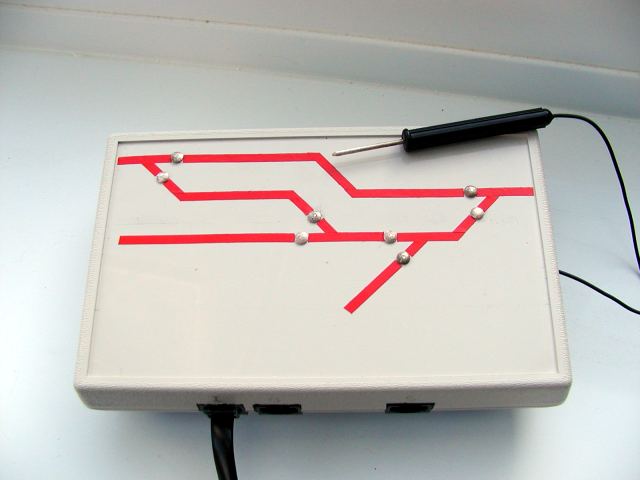 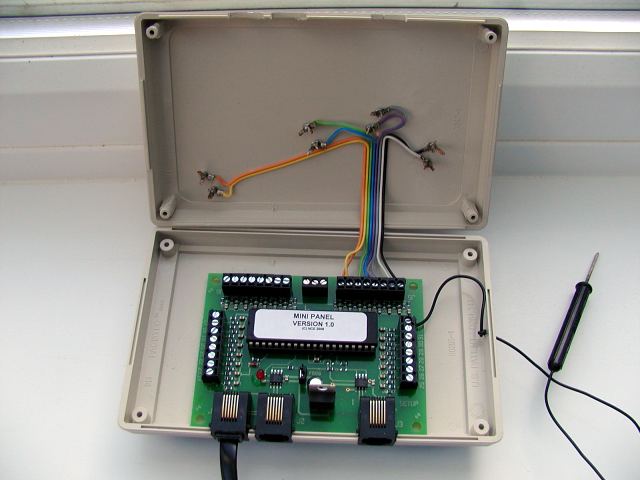 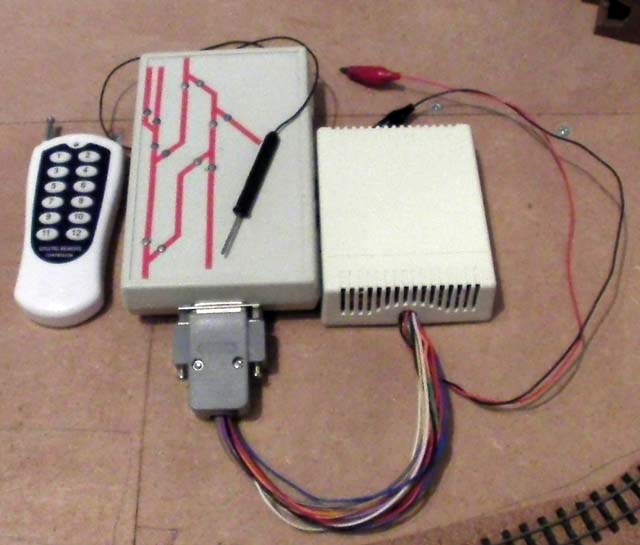