Some of you may recall that when I was testing various combinations of Arduino radio control systems, I used a bright blue off-the-shelf LGB ToyTrain diesel loco. I bought that a few years ago with the intention of either bashing into something appropriate for the PLR or using its motor block as a spare for when others gave the the ghost. 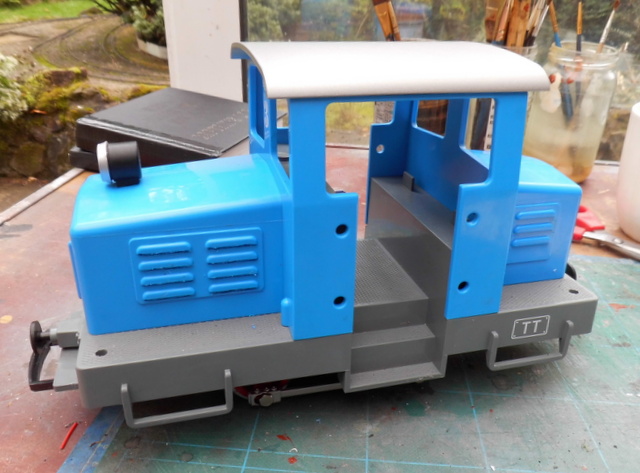 In the end, I decided it was actually quite useful as a test-bed loco, as the body simply clips on to the chassis, thereby making it ideal for testing various control and power arrangements. I therefore have decided to do a quick and dirty conversion. Rather than just a repaint, I wanted it to look appropriate for 1930s setting. So, windows were replaced with spectacles, doors fitted, buffer beams added and a bit of tinkering with the radiator grilles. Oh, and lots and lots of rivets. I felt if anything was going to age her, then rivets were the way! 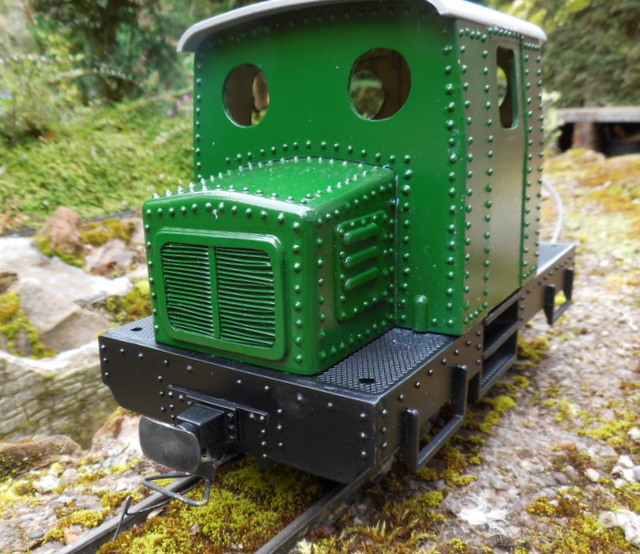 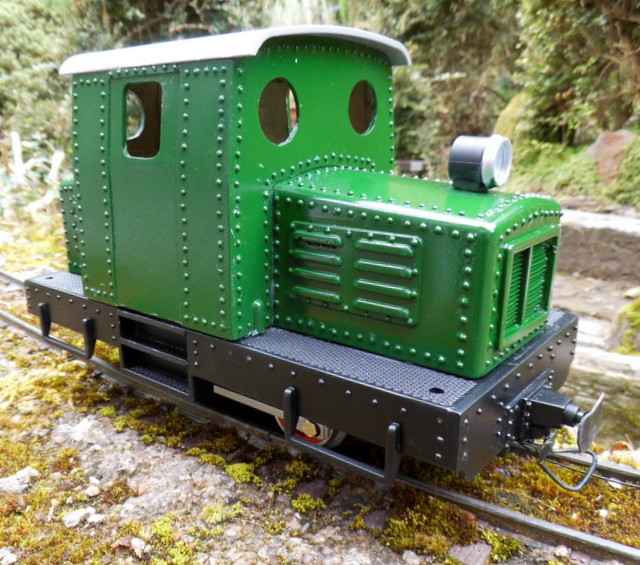 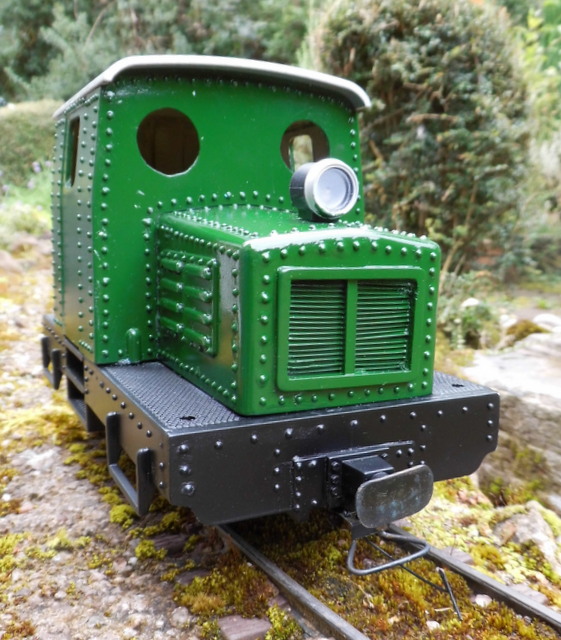 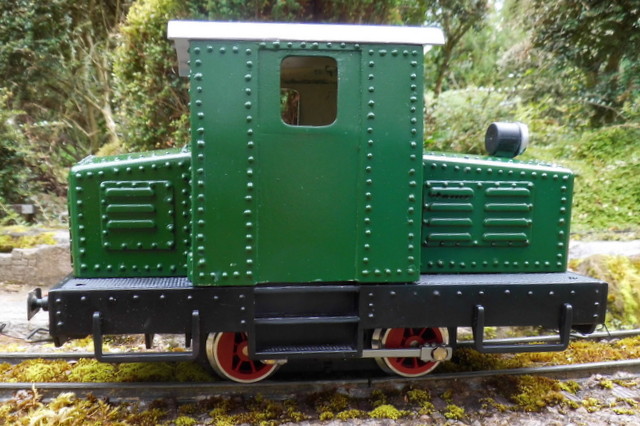 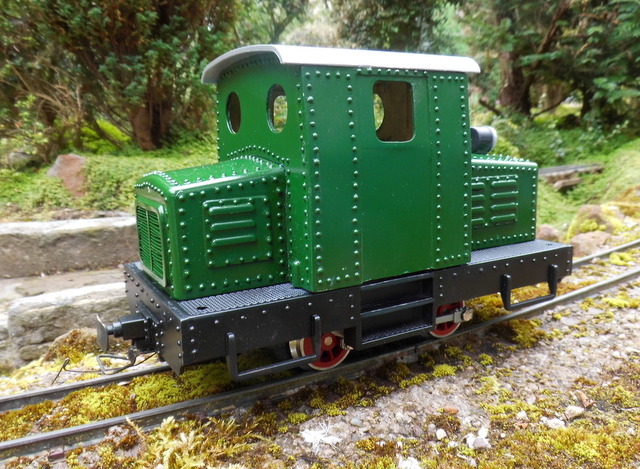 .
She's ended-up looking a bit gawky, but somehow I think that adds to her appeal and makes he look more in period.

Still more work to do - I need to add a few features such as an exhaust pipe, air intake(s), spectacle rings, door handles, grab-rails and maybe some running-board clutter. I'm also considering adding a layshaft and fly-cranks. And I want to weather her - make her look as if she's been pottering around since the end of WW1.

Just out of interest - if the diesel engine is under the larger bonnet - what would be under the smaller one, do you think? If she was a DM, would it have been the gearbox?

Under the small bonnet? I'd guess maybe fuel tank, possibly battery (although they might put that somewhere more easily accessible) and any other necessary mechanical gubbins.... I'd have thought the gearbox would be on the back of the motor.

Looking forward to seeing it again after adding the details and weathering... lots of rust...?

Small bonnet:
Compressor?
Vacuum Pump?
(both for train-brakes)
Fuel tank, would have to go somewhere?

Are you sure, there are enough rivets?

Looking good what no Rivets on the Roof
Expand signature
If I scream and throw myself on the Floor can I have it...It worked for my Kids..

My Link to the Calluna to Buxus Railway ongoing build below.

LGB-Sid said:
Looking good what no Rivets on the Roof
Click to expand...

You can never have too many rivets......
Expand signature
I'm as fast as degreased lightning
Reactions: ge_rik

Since it's green, I think you should name her 'Frog'.

Gizzy said:
Since it's green, I think you should name her 'Frog'.

Expand signature
For the latest developments on the Peckforton Light Railway see - Blog , Youtube or Facebook
Reactions: Petrock Junction and Paul M
B

Well as few wagons will be toad by it

Gizzy said:
Since it's green, I think you should name her 'Frog'.

One for the rivet counters...

What did you use for the rivets? I’m still looking for opportunities.

Henri said:
One for the rivet counters..
What did you use for the rivets? I’m still looking for opportunities.
Click to expand...

These Pearls gems are not self adhesive and you will need to glue the back of them. 1000 IMITATION FLAT BACK PEARLS.
www.ebay.co.uk

Of course, I left that one off deliberately to see if anyone was paying attention .......

ge_rik said:
Of course, I left that one off deliberately to see if anyone was paying attention .......

You should have drilled the hole, and added the rust!

You should have drilled the hole, and added the rust!

Yes, but weathering is phase three (after detailing in phase 2) ......

These Pearls gems are not self adhesive and you will need to glue the back of them. 1000 IMITATION FLAT BACK PEARLS.
www.ebay.co.uk