Going thru some of my old Steam in the Garden magazines and found a couple pics I digitized to post here. One is of a younger Ian Pearse with the late Bob Osterhoudt of Rio Pecos, taken in 1999 by Bob's wife Fran. In the picture is the new Sierra Nevada, of which according to Ian very few were built. Beautiful model but happened around the same time as Accucraft UK was starting to come into the picture for him. I would love to own one, but probably will have better luck finding the Colorado 2-6-0 model. Bob was a heck of a great guy. He helped me buy my first live steamer in the early 1990s when I was in my late teens/early 20's. He even sent me a Rio Pecos "Steam Team" T shirt that I am still able to wear and do so at steam ups. Second pic is the Rio Pecos ad for the Pearse Switcher that I just bought. Third is the switcher that I am restoring, it was battered, filthy from sitting for years and had a bent frame which put the front axle into a bind. She is steaming again now, has massive water capacity in the boiler as its a T flue design, so no smoke box like we are used to. The water goes all the way to the smoke box front plate! Cheers Mike 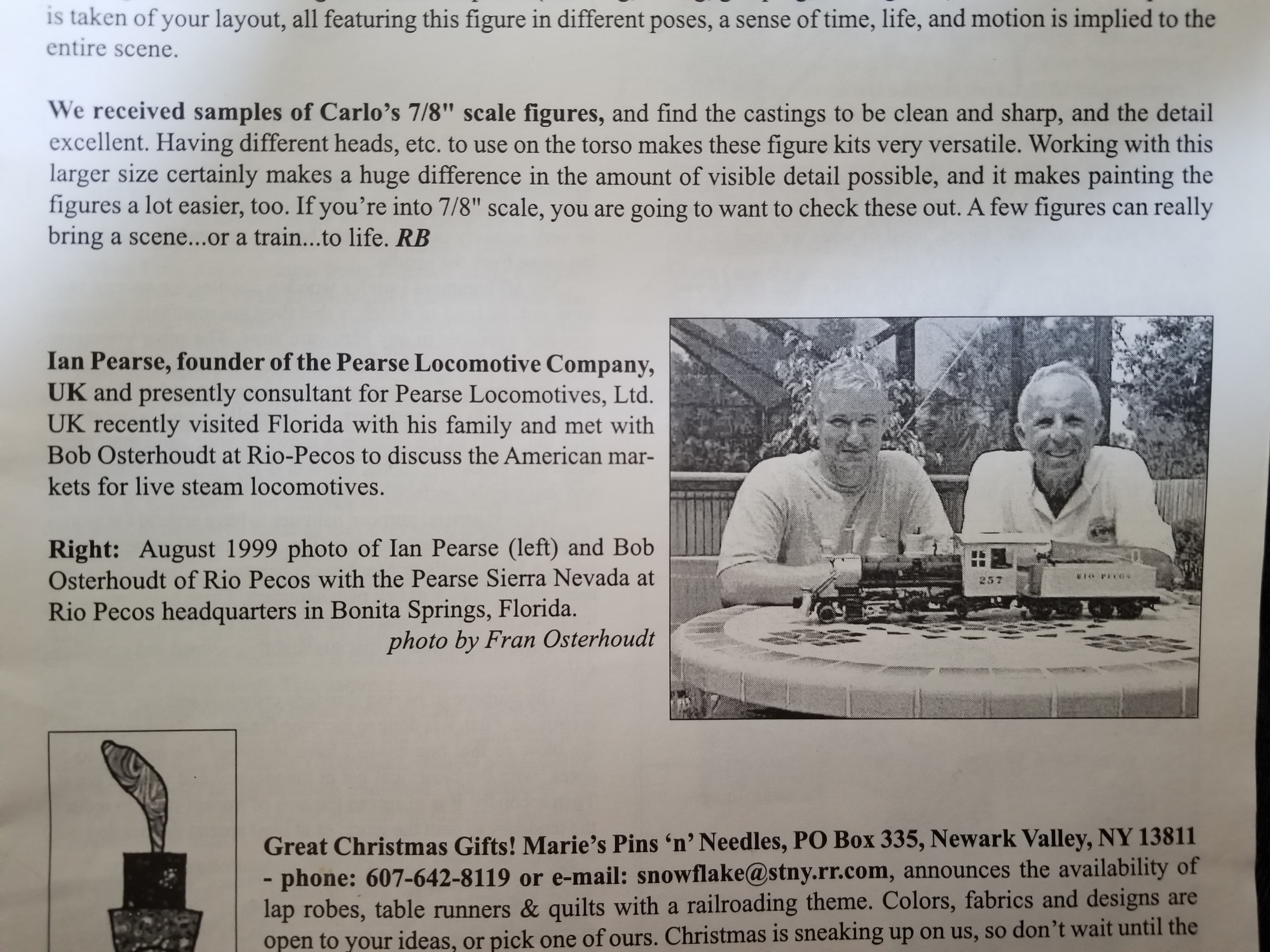 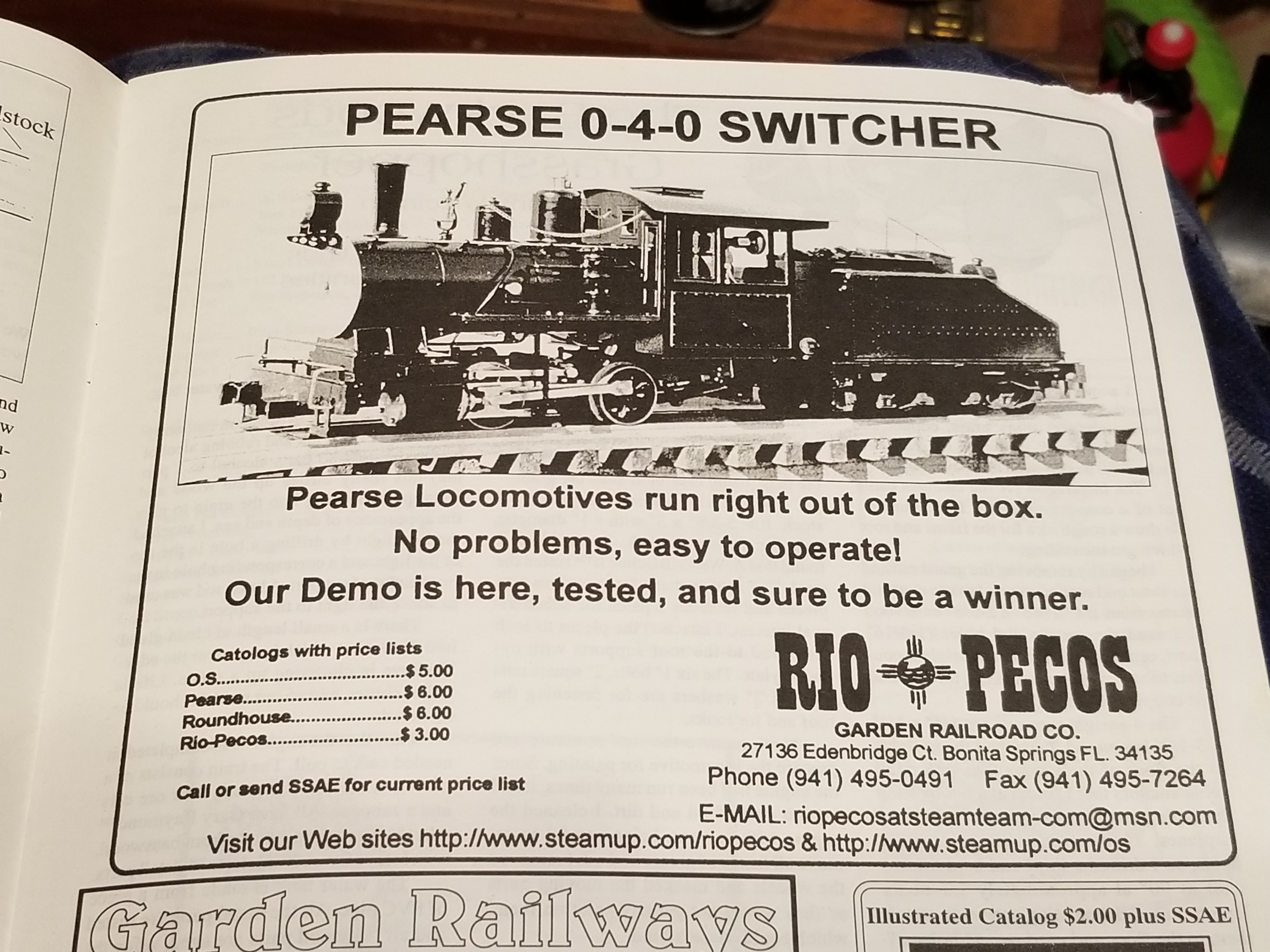