Little Forney with her enclosed cab and rather small opening side doors was giving a slight problem namely shutting off the main switch on the back of the firebox with big fingers from the engineers side of the cab,fireman`s side was fine as more room due to the LGB figure fitted in the cab,I`ve said before in previous posts that I really don`t like this figure,the pose is wrong and he is very small but saying that I assume it`s designed as a driver for universal fit and any driver is better than none!I don`t discard them as make good internal building details or a truck driver etc.Time to hit the scrap box,some months ago I made a new brakeman for a Piko drovers caboose from a couple of Bachmann figures so time to use the discarded bits,basic is the engineer,the legs were cut off from the sitting position and two balsa dowels stuck under the "seat",nice and square and an easy fix,then cut the boots off to reuse,a few measurements taken and the legs cut to length,once the glue had dried a trial fit to get him in beside the firebox and a little movement left to model some clothes,the left arm was used on the brakeman so the old brakeman`s arm now used here,the right arm and head are still moveable.Some filler applied to make the coat and body line and dry run in the cab with each application,the right side had to be kept quite flat to allow against the cab interior and to allow the leanout look from the cab window,only one open window on the entire cab,,,still lots to do as some more filler to be added and some to be taken away,then a finish off file and paint and of course a bandana to hide the neck joint,as for fitting in the cab the window arm fits snugly over the cab sheet and he stays in place so can be removed for maintainence on the loco later,oh and he fits into the foam inner box well when putting the loco away,now just got to find a fireman and can now get my fingers in which was the object of the excercise 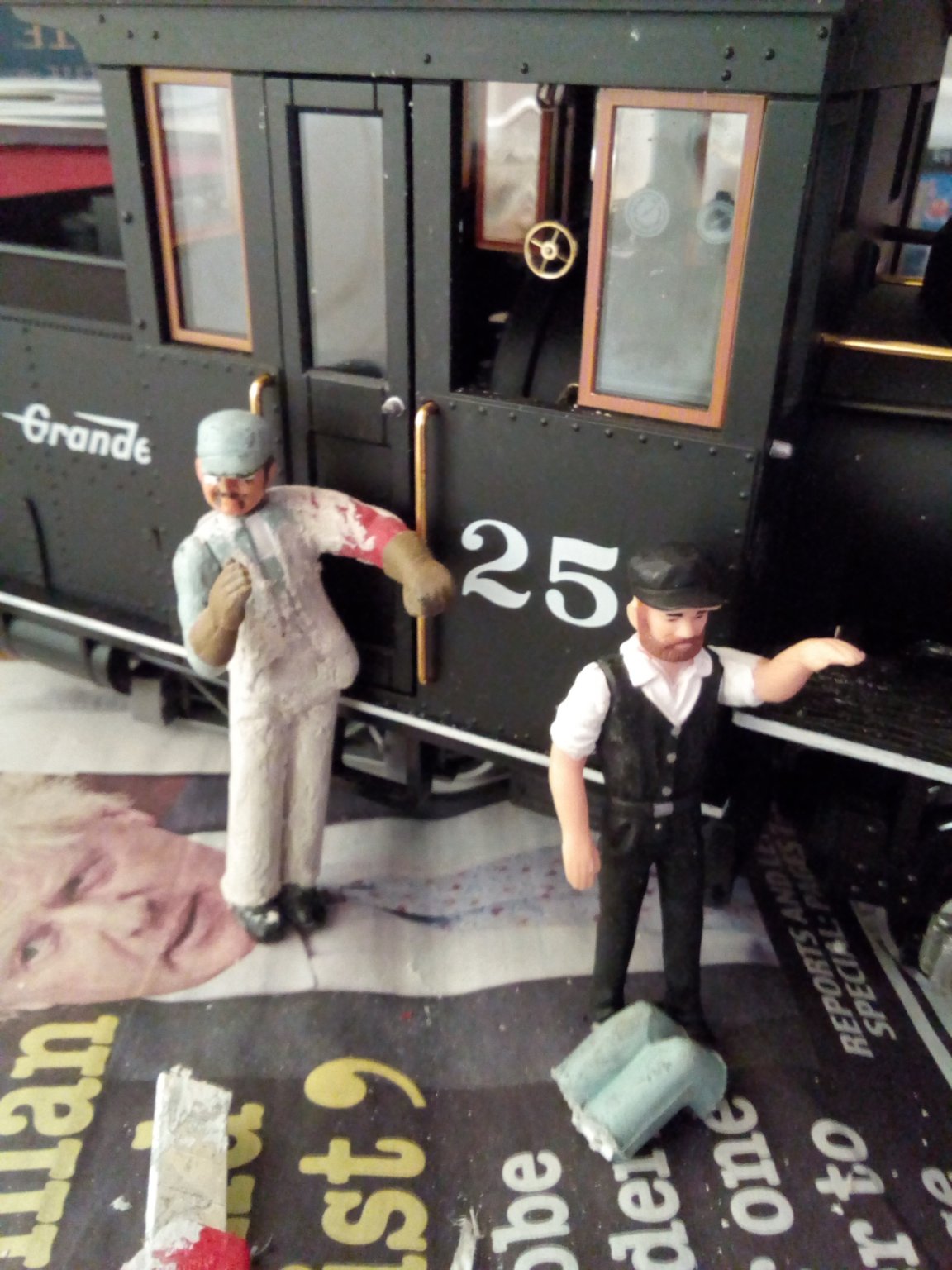 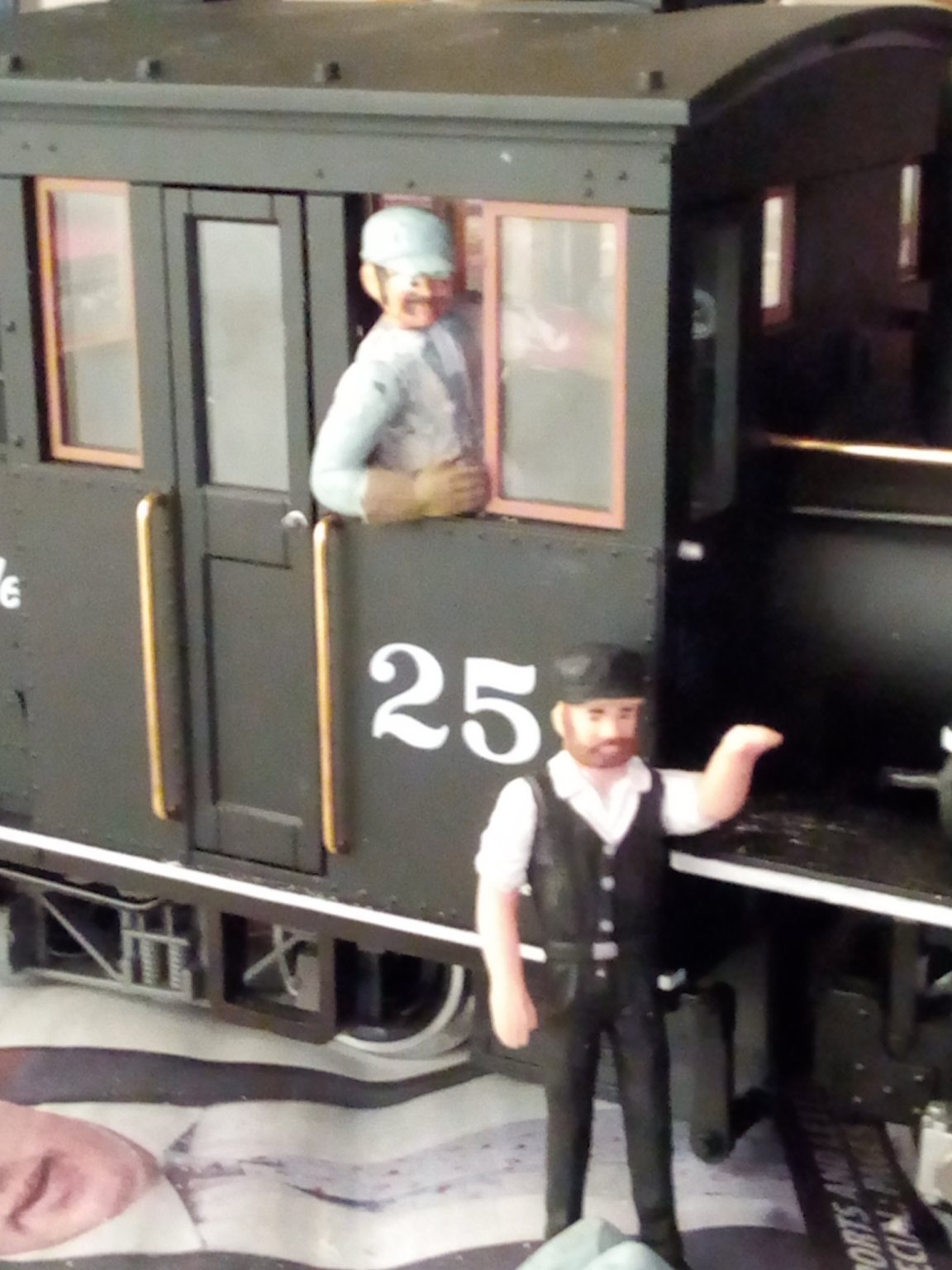 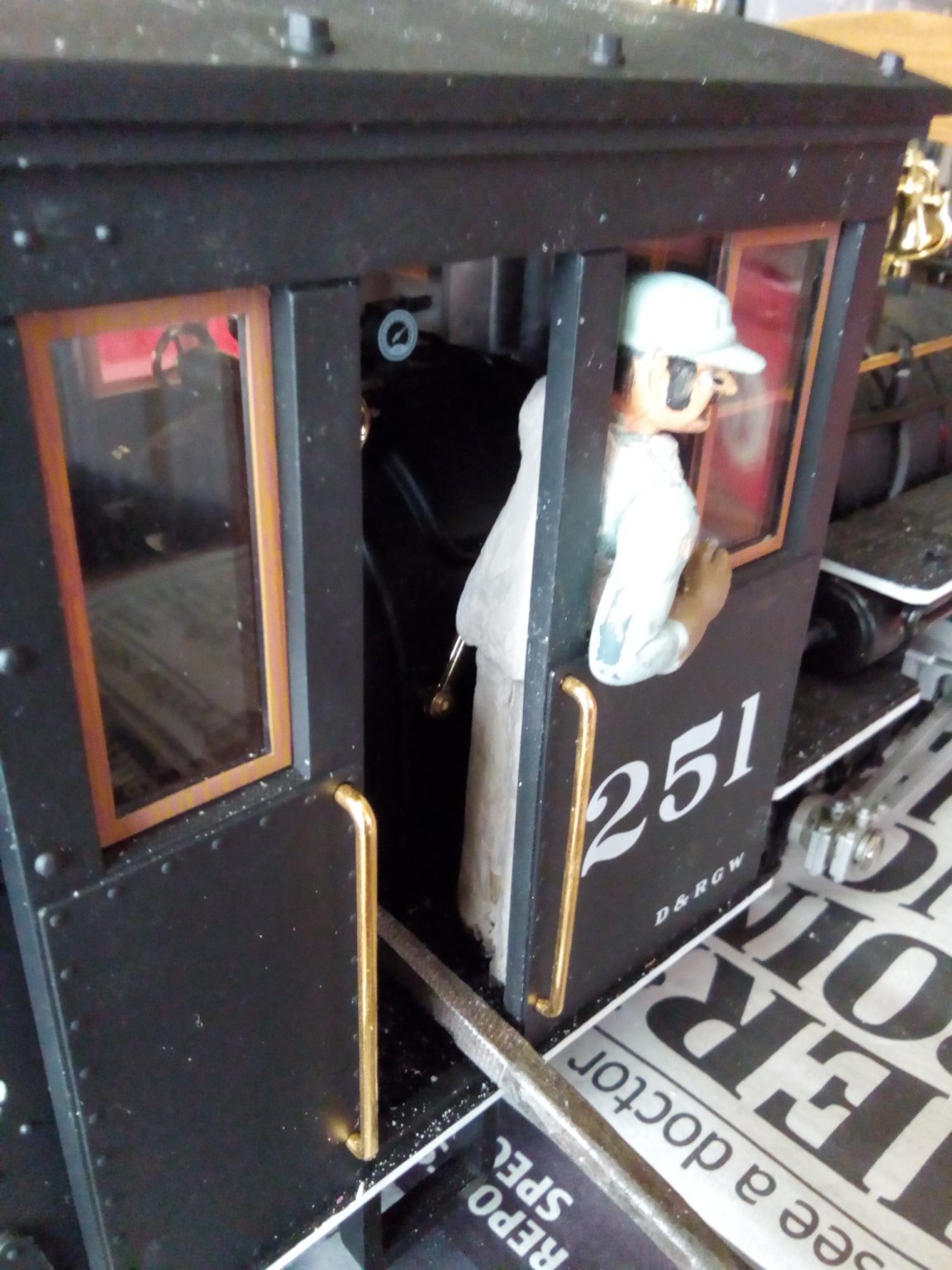 The little fella now almost done,the coat line is not showing up too well so aim to paint the overalls with a shade darker so the light blue will stay on the jacket for a little contrast,a little more face detail needed as noticed his tash is uneven then a coat of spray matt varnish to tone down and even out but the "lean out" is just about right,the photos are a little dark as the light was fading last evening 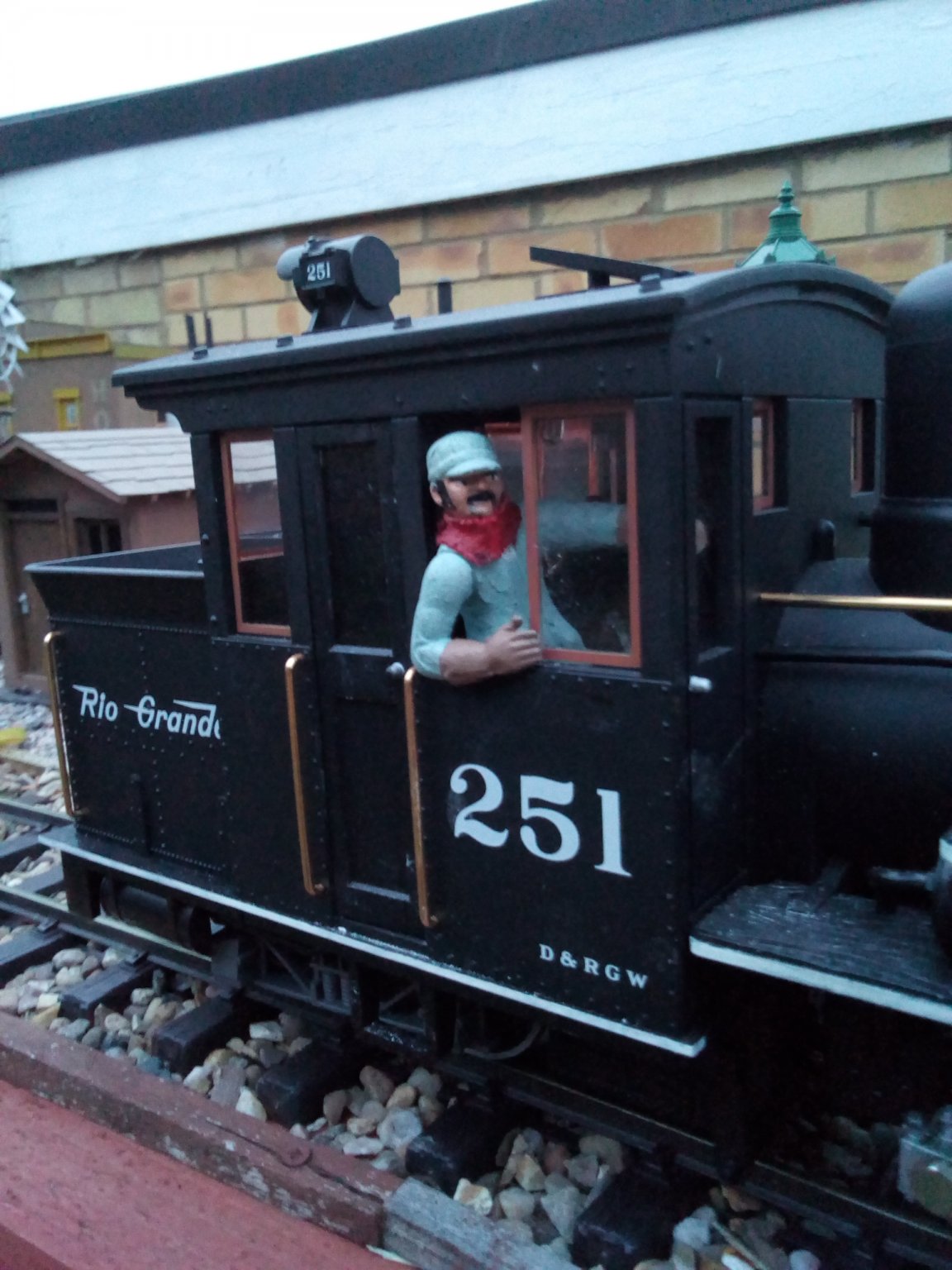 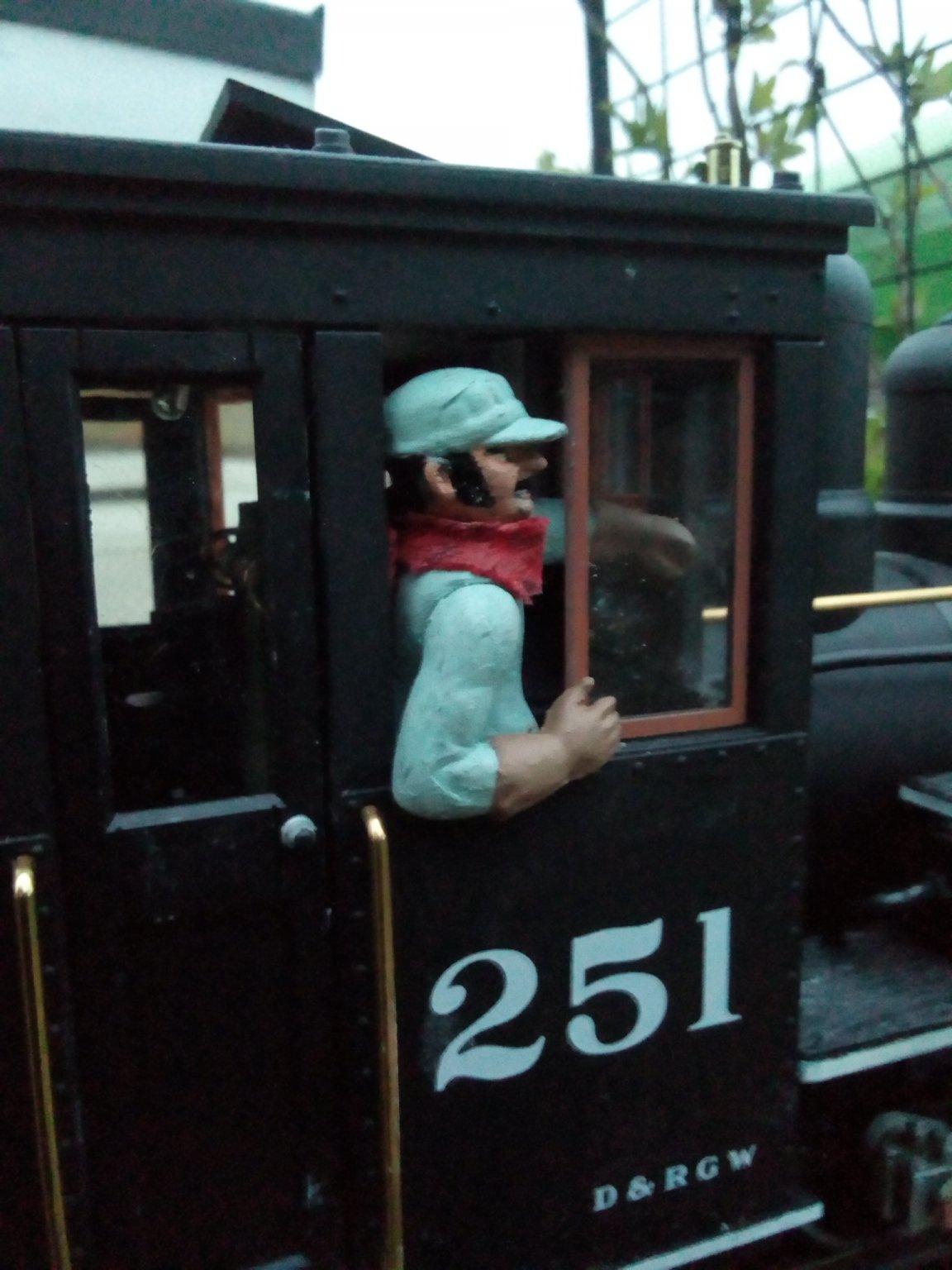 ,the paint still wet on the darker blue the little man poses by the crew shack at Los Garagos,the contrast of blues shows him up a little better.His coat on the right hand side of the figure is flatened out to sit against the cab sheets but once inside the loco he can only really be seen through the window opening. 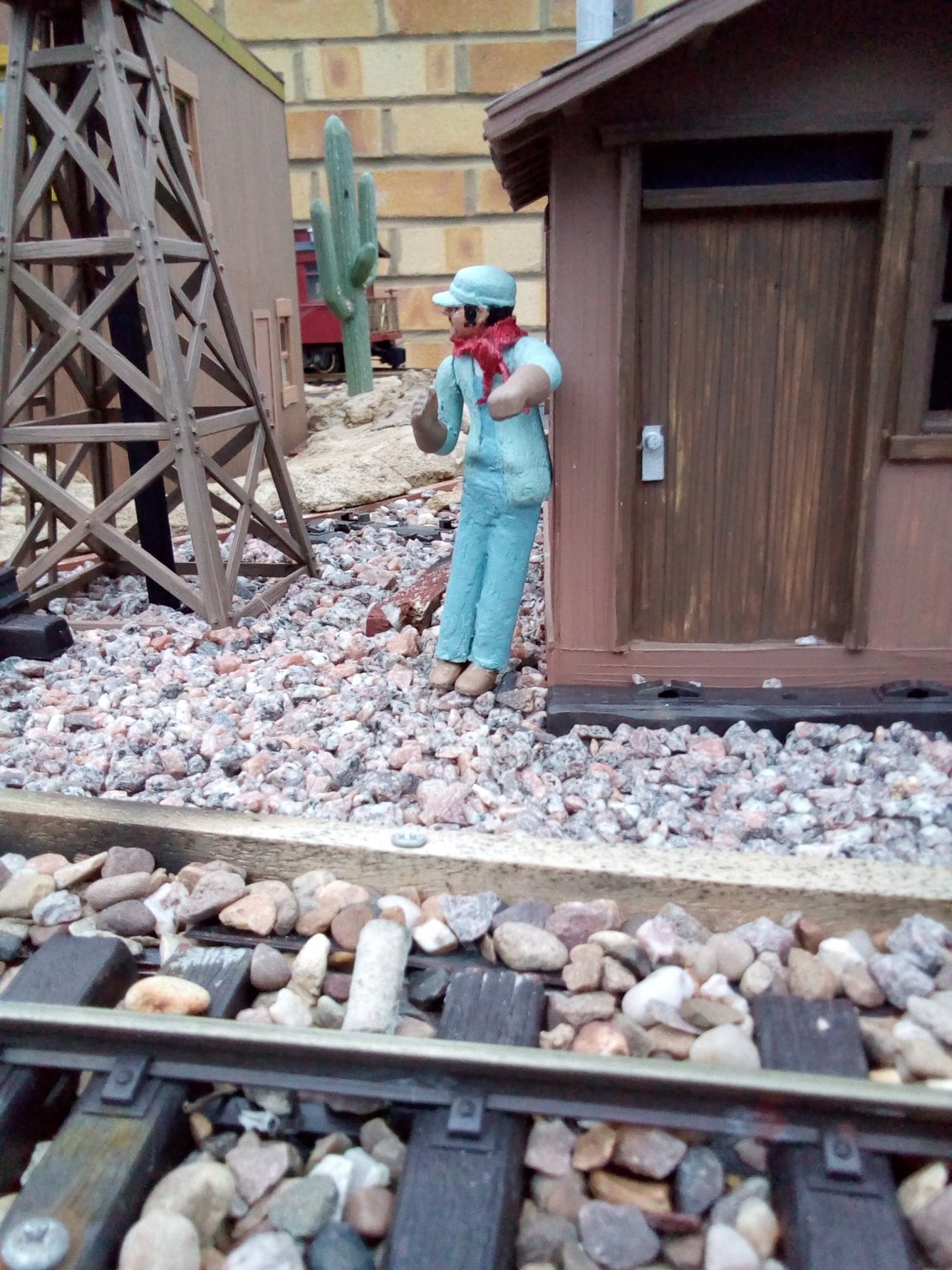 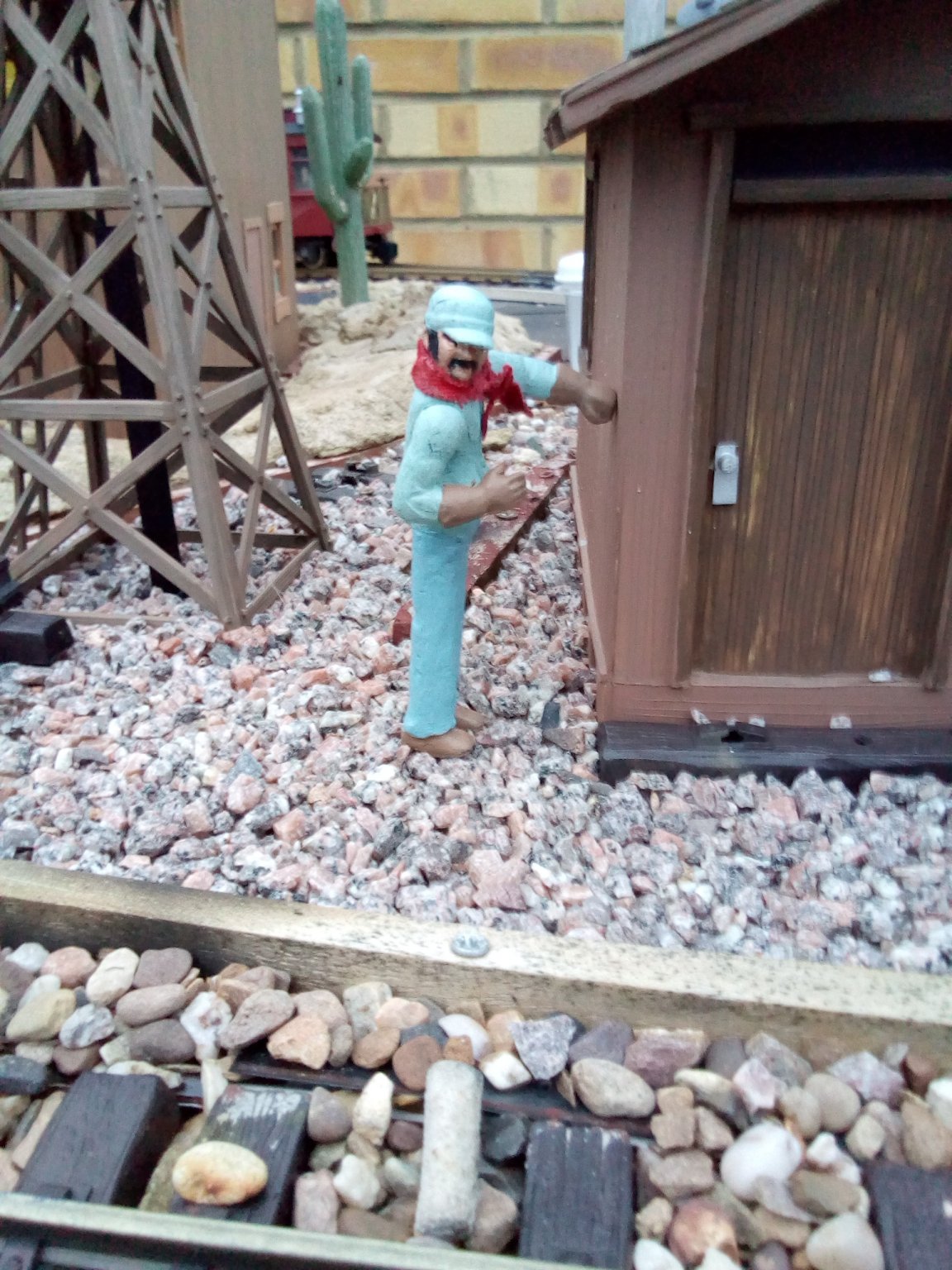 But where's his side kick then....

He looks like Burt Reynolds to me. A fine looking figure.
Expand signature
Casey Jones Snr

Swap the Forney for a Ferrari and you have it. 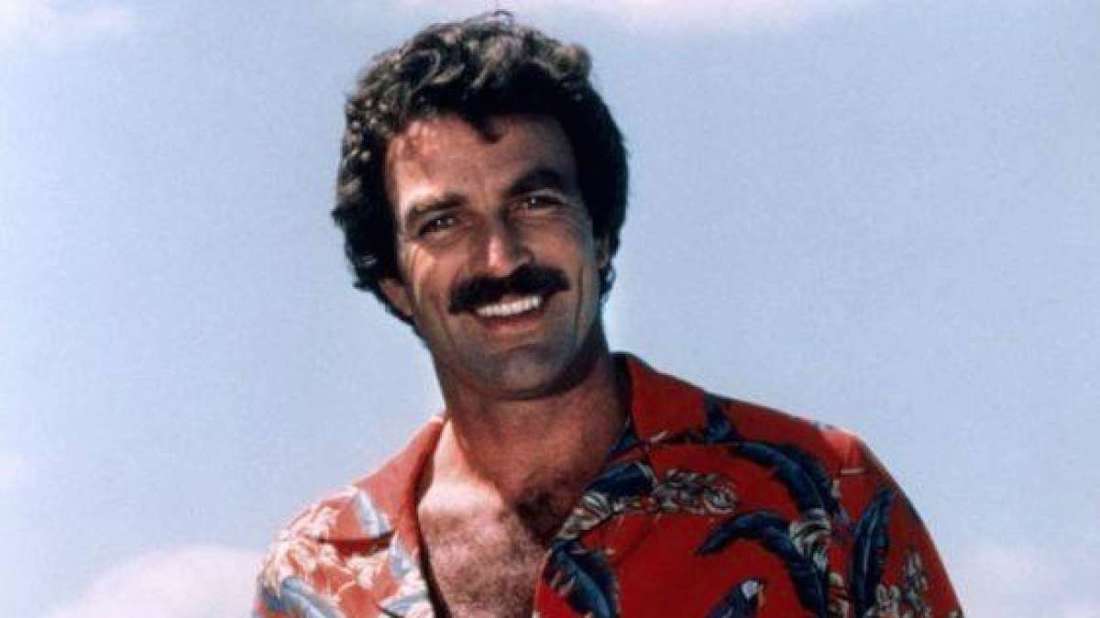 Expand signature
Mine is a post-Beeching branchline: it's gone!

but back to the loco,it needed a fireman so I modified the LGB engineer from the loco to fit,the cab on the firemans side has a large shelf in the way so not wanting to cut the cab I cut the figure at about the waist and after beefing him up with some filler and a repaint stuck him in on the shelf,looks ok and a crewman can be seen from either side,pics a little dark but can be seen. 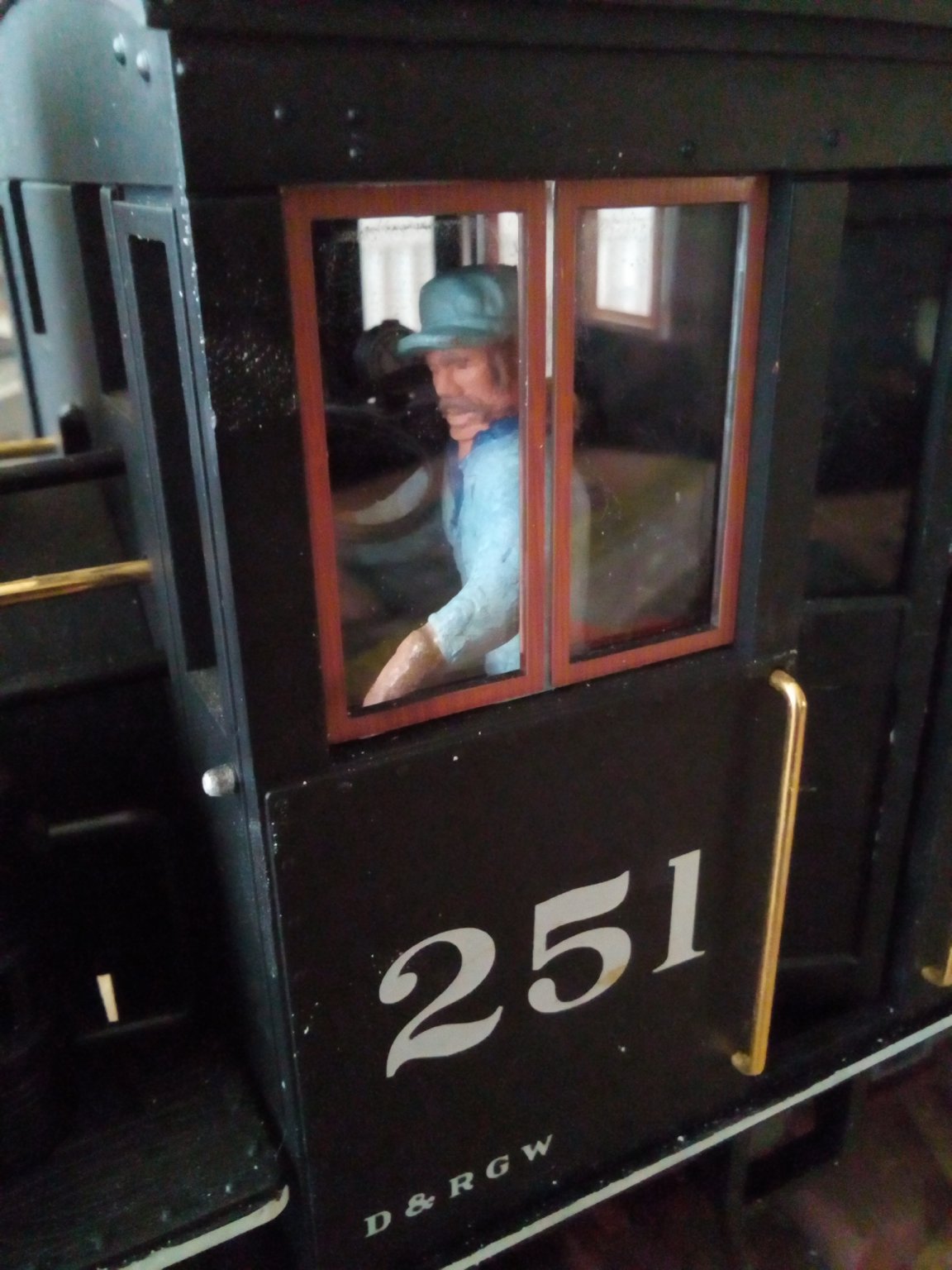 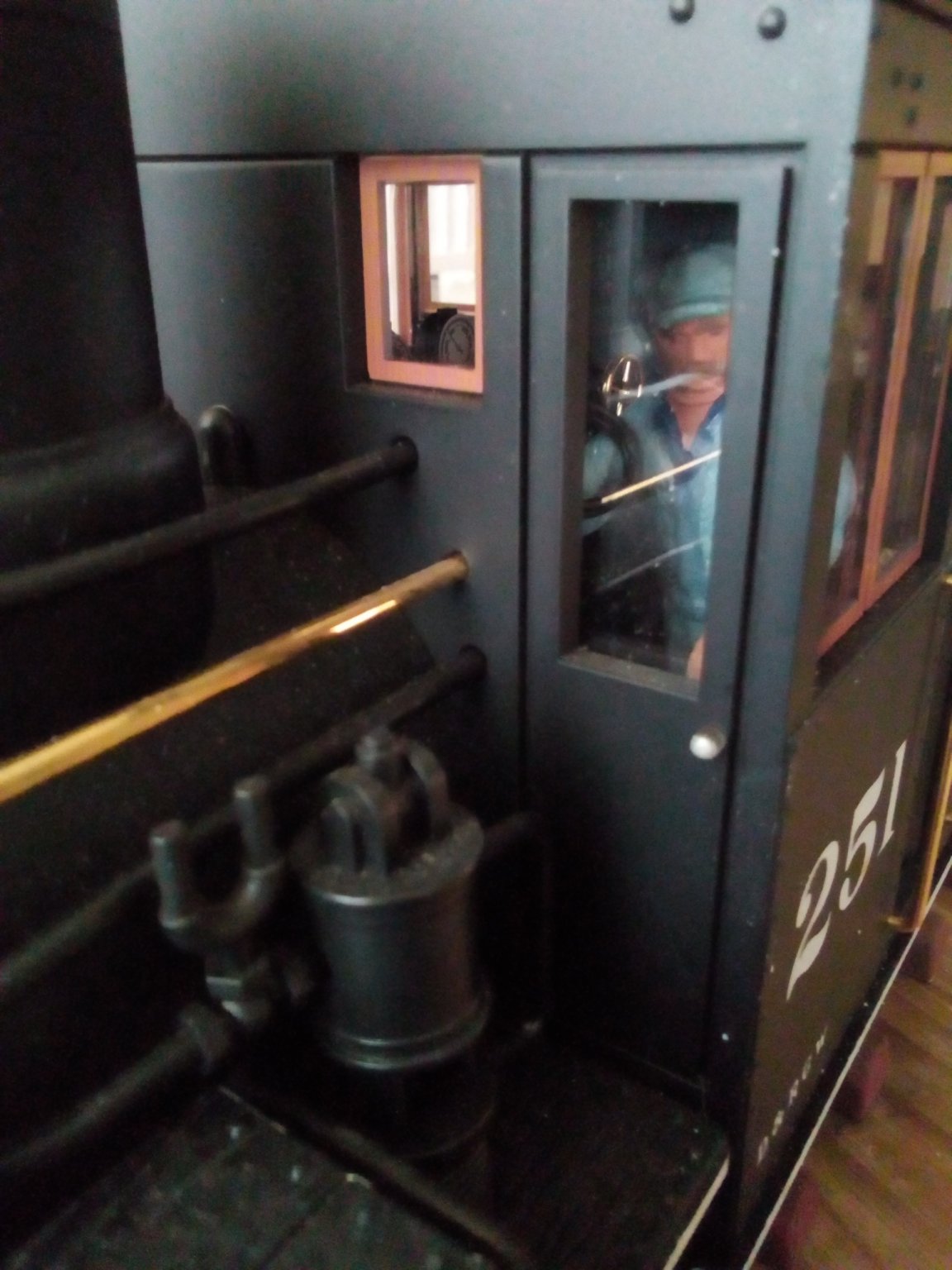