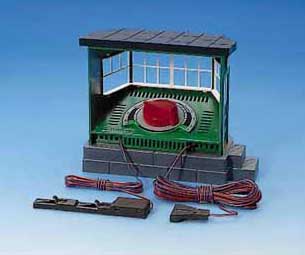 I've seen them sell for as low as $40 but are more frequently listed around $80 or $90, all of which is more than I'd like to spend. It seems that it's merely a sort of extension cord with an additional control dial which I've heard is only a potentiometer in a weather-safe box, which connects to the indoor transformer for power.

Since it seems basic, has anyone tried to make their own? I think the only questions I have are these: What kind of potentiometer should I get for making something like this? Maybe the volume control off of an old radio or TV? How does reverse work on these?
0

I have just the controller and the house/building that it is in is not weather proof, I might have 2, reverse is just like their transformers turn it the other way and it is only a potentiometer has to be connected to a transformer, if you would be interested in the one or 2 that I have let me know, probably @ $30.00 each, Bill
0

I do not think it is a potentiometer, but actually a throttle with a transistor controlling the output, 51120 or 52120.

Remember Ohms law when you want to use a resistor to control output (in this case a variable resistor). So if you run 1/2 amp at 12 volts, and you have a 24 volt supply, then you need to dissipate 6 watts, so you would need a 12 watt potentiometer minimum. In reality that would still get hot enough to burn a finger, so probably a 25 watt unit in a metal case to dissipate the heat. So, the message is this is why potentiometers are really no longer used.

As Greg says, it's not going to be just a simple potentiometer considering the current it's got to handle. Look at the photos on this link to the "innards" being offered for sale: I can see the typical metal case of a power transistor attached to the metal heat sink.

-bbbb said:
I'm wanting to put a layout outside but only have an indoor transformer. I know that Playmobil and LGB have these outdoor transformers:
View attachment 261062
How does reverse work on these?
Click to expand...

The reverse is worked by a clever twiddly thing, top up is stop, right accelerate one way left the other. If you build something yourself you will need a DPDT Switch to Control Reverce/Forward. Diagram below shows how to wire one up. Note the 2 wires across the outside terminals, these swop the current when switch is changed. Some like a Centre Off Switch DPDTCO, but I find that I leave it in the centre off and wonder why the train won’t move. 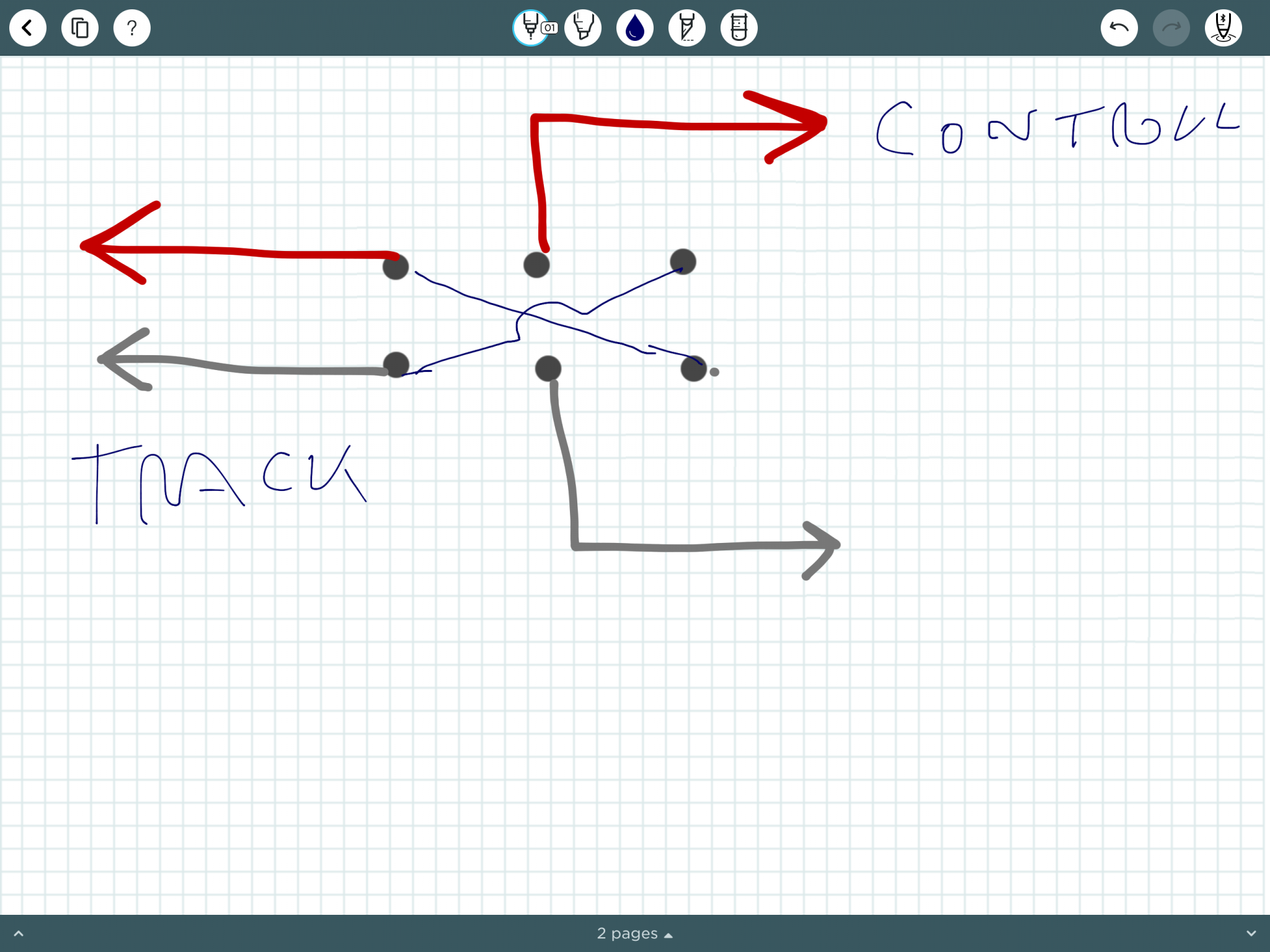 I prefer the musicality of a few pair of KT88's!

You ARE getting old, Paul!

Old they may be but perfectly suitable for analogue use if you can source one, also because the older ones were all Plug Fittings (on the rear) could be moved in and out between operating sessions if you had the need.
Expand signature
JonD Dunnyrail East German Harz NG circa 1981 in Cambs. Link to my Railway Build A new Railway is Started - G Scale Central Dated vid of trip on my line mihi necesse est optimus
Reactions: Paul M
0

A few years ago, I did build a transformer / controller from scratch - the circuit diagram being provided by a friendly electronics whizz.

The big difficulty is the overload protection cut-out.

Now, remember that I'm not an electronics whizz, so this is just my layman's findings and information.

I was using a car (auto) type re-setting cut-out. This was too slow, and if a short occurred, something went wrong in the circuitry of the speed controller so that it only had one speed - flat out. An electronics engineer took it apart (as a favour to a friend of mine - oh boy, this sounds complicated) and the report that I received back was that he only dis-assembled, and re-assembled the components and it was returned working. It worked fine for a year, until one of my locos derailed, caused a short and we went back to square one.

Now, bear with me.

I then bought a Helmsmann controller - cracking good kit - and some time later spoke with the manufacturer at a show. He advised me that, when building his controllers, his electronic overload cut out had proved too fast for our heavy G-scale locos and that he had inserted a fractional delay into the overload circuitry.

Right - so we go back to my second sentence.

If you can find a device that will give you an acceptable speed of overload cut-out, building your own speed controller or transformer/controller is not difficult.
Expand signature
The Wild West Norfolk Route totters to its feet
0

Rhinochugger said:
If you can find a device that will give you an acceptable speed of overload cut-out, building your own speed controller or transformer/controller is not difficult.
Click to expand...

The problem being that IF there is a problem, it cut's out, and all is well.. The delay is acceptable..
On the other hand.. .. ..

No two devices will necessarily have the same tolerance to a 'delay'..

PhilP said:
The problem being that IF there is a problem, it cut's out, and all is well.. The delay is acceptable..
On the other hand.. .. ..

No two devices will necessarily have the same tolerance to a 'delay'..

The cutout device that is inexpensive, self-resetting, and has a bit of delay is a type of thermal fuse, often used over here, PolySwitch .... google it.

Blows at 200% fairly quickly, 3 amp ones are standard in most Aristo Locos... you can buy them in many current limits...

Greg Elmassian said:
The cutout device that is inexpensive, self-resetting, and has a bit of delay is a type of thermal fuse, often used over here, PolySwitch .... google it.

Blows at 200% fairly quickly, 3 amp ones are standard in most Aristo Locos... you can buy them in many current limits...

Yes, Philp sells those at RC Trains now, but way back when I built my controller (it was over ten years ago) I wasn't aware of them - one of my locos is now fitted with such a device ..... if I could remember which one

However, thanks Greg, it's useful to know that they could be a more effective overload current protector than the older devices. In fact I only turned to the PolySwitch because I was looking for an alternative since Maplins (our major high street component supplier) went pop.

LGB sold the Hut control in 2 versions, oldest is DC only and 2.7 amps.
Newer version is 5 amps and dc or A/C input.
Same for the panel control without the hut.
0

Dan are you sure on the amp rating? See the amp description of the electronics here:

Being the replacement, and AC/DC I would wager this is the same...
Expand signature
Visit my web site for information, tips, how-to's www.elmassian.com or email me at greg@elmassian.com
0
P

Dan is correct about the latest LGB production. The part #s are 52120 for the hut controller and 52121 for the panel mount version. Both are controllers for analog operation capable of up to 5 amps output at 0-24V. They require a separate ac or dc power supply. The horse's mouth - Electronic Locomotive Controller, 5 Amps | Märklin
Last edited: 26 Jan 2020
Expand signature
Phil S
Show hidden low quality content
You must log in or register to reply here.
Share:
Facebook Twitter Reddit Pinterest Tumblr WhatsApp Email Link
Top Bottom