Before starting on a new major project I decided I would finish up my passenger train that will be pulled by the mason bogie. Had an LGB PRR combine and that would give me a 3 car train and with the engine being 2' long made it just about right length. The light green paint color is no longer made but I found one that is pretty close, also the dark green although it says it's the same color it was a little off, and I cured that by painting over the sides of my existing cars and leaving the ends the same, simple fix. Had yellow left over and just barely enough, orange stripe had same problem as the dark green but again close enough. Painted the interior a light putty color and made the seats more brown. Painted the window frames to match the existing cars and tinted the curtains using a orange high lighter which gives color but remains see thru. Removed the curtains in the freight area figured they probably wouldn't have frilly stuff in there. Left to do is paint the trucks and roof and add lights like I did in the others, more to come, Bill 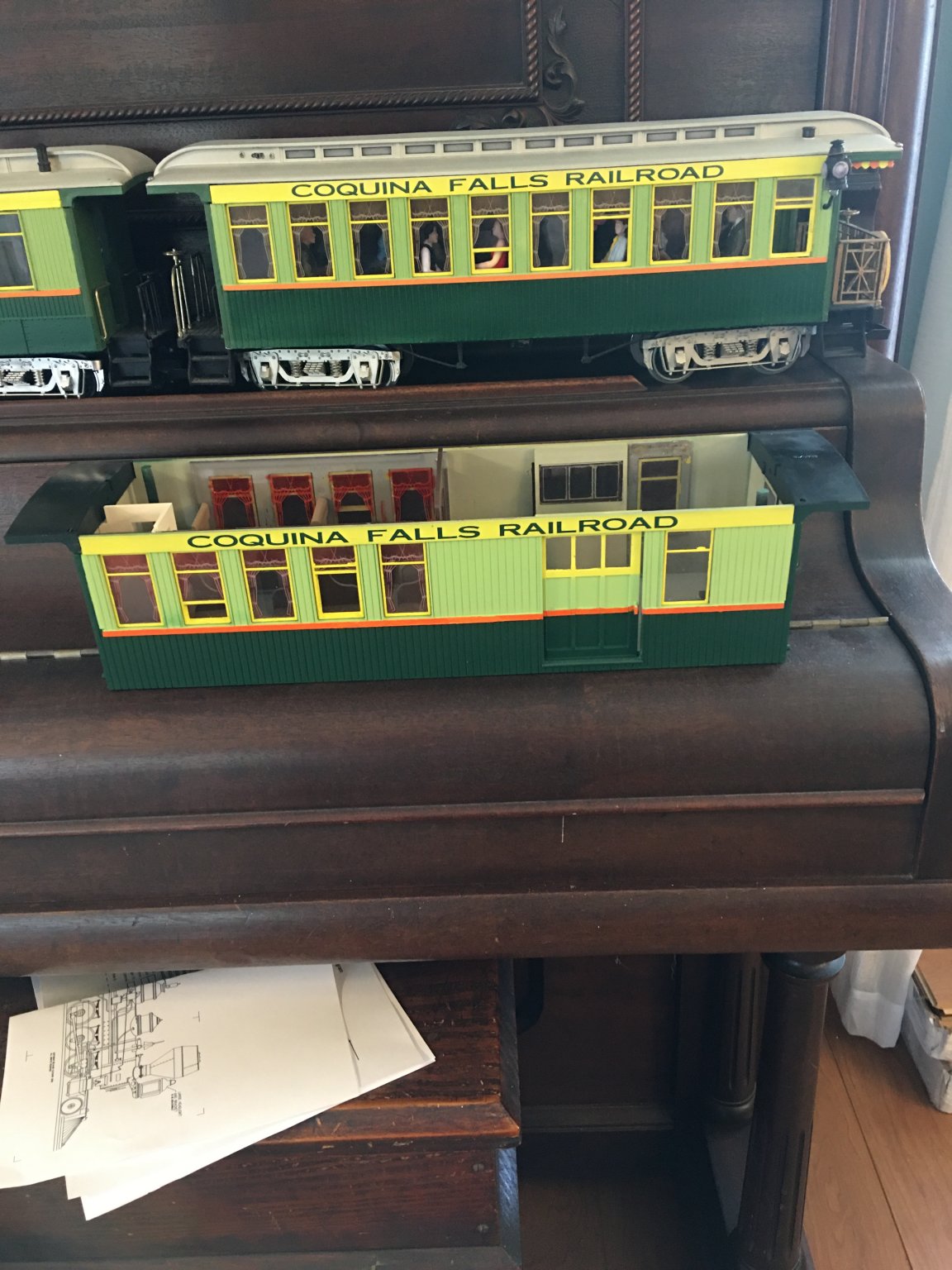