All the fairy houses are going on sale right now. These will be going out on the layout tomorrow.

An outhouse that was, apparently, carved from a carrot. A couple of houses for small fairies. 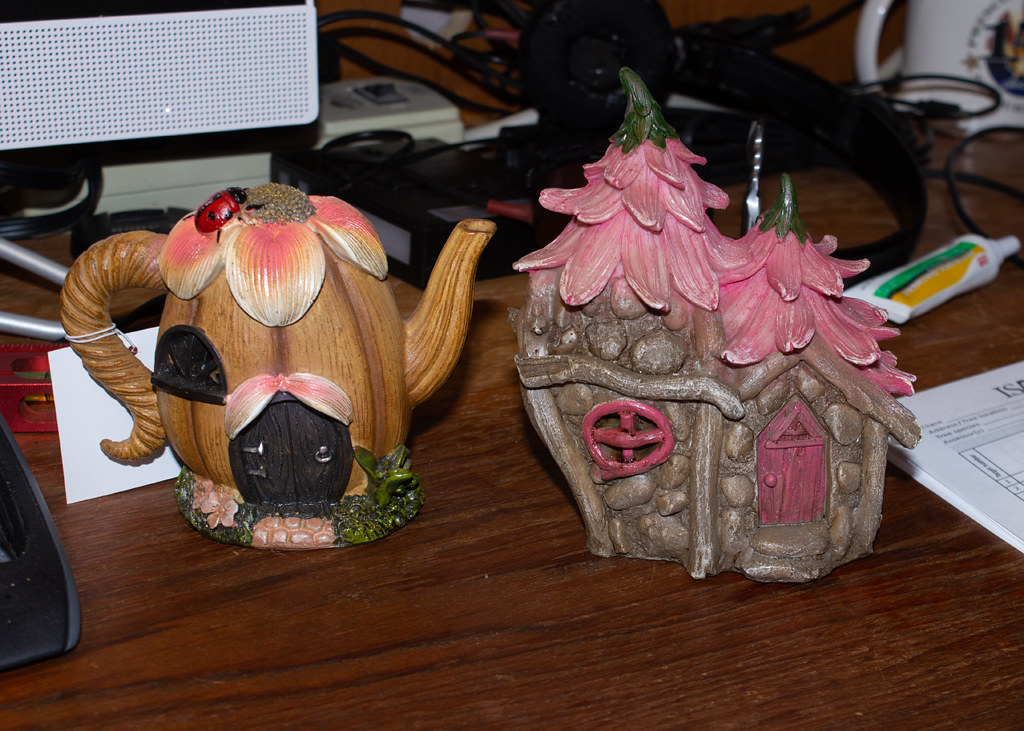 House made from a flower pot and tree bark. 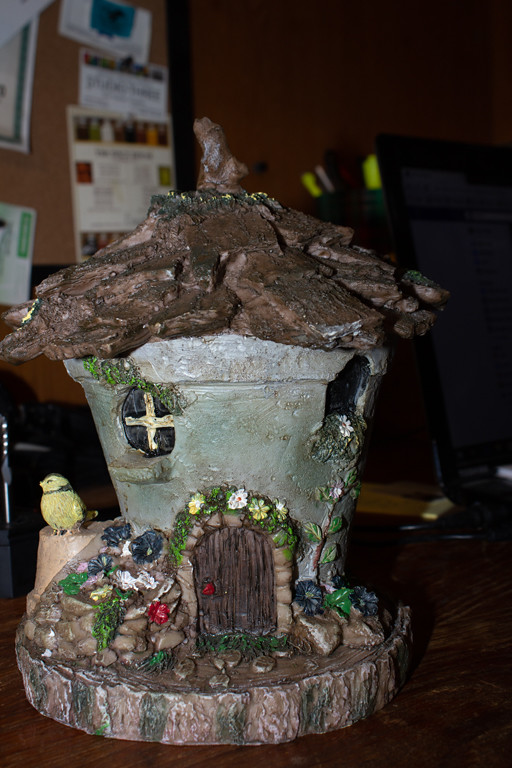 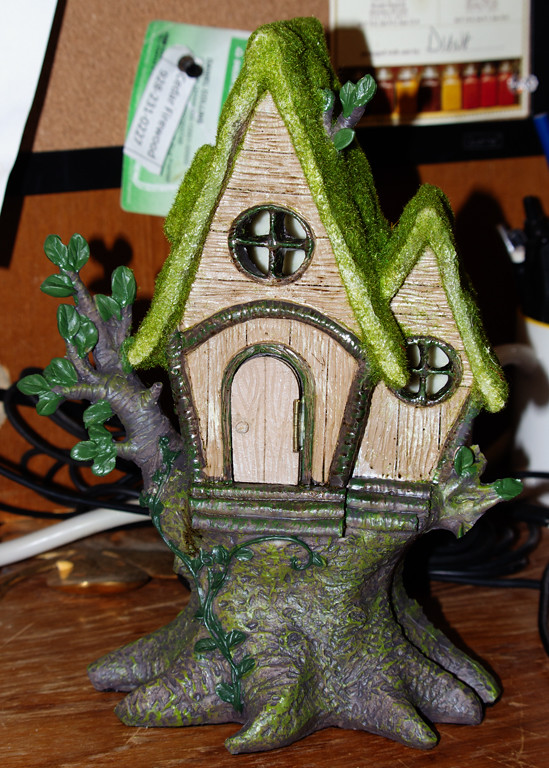 I really like the church. Had a look at some similar buildings in a garden centre this side of the pond, but the prices were eye-watering.
Expand signature
Everyone wants to buy something - they just don't know it yet. Tell me how much you've got and I'll show you what you can afford.
H

I wish we had some elements of your economy. Over here that sort of money won't even get you a beer - in the garden centre we visited I saw burgers started at £9 in the café (admittedly there were a few fries and a sprinkle of rabbit fodder on the plate). The 'fairy' type houses I looked at started at £20 for the little ones (smaller than either G scale or gauge one). The more appropriate stuff went up to around £50. That's close to PIKO or Pola prices.
Expand signature
Everyone wants to buy something - they just don't know it yet. Tell me how much you've got and I'll show you what you can afford.
H

The nice thing about doing a fairy garden/railway, to keep the wife involved, is that fairies come in all different sizes, so scale becomes less important. My layout can use figures everywhere from n-scale to g-scale and bigger. Also, most of these buildings would normally be five to ten times the price save for one thing. Over here it is the end of the retail spring/summer season. They are already moving the fall stuff into the stores, which means the summer stuff, including the fairy garden stuff is being cleared out at low prices.

I have some of these buildings, for example the small the church in the picture. The fairy houses are a little too twee for me, but some of them are okay for the railway.

They were quite cheap as they were in the post Crimble sale at a local Garden Centre which had overstocked on them....
Expand signature
Gizzy, CME of the Logs, Gravel and Bricks Railway...

The station at Sprite Junction serves Spriteville, Fog Bottom, the Harbor, and the rail bus service from the City. 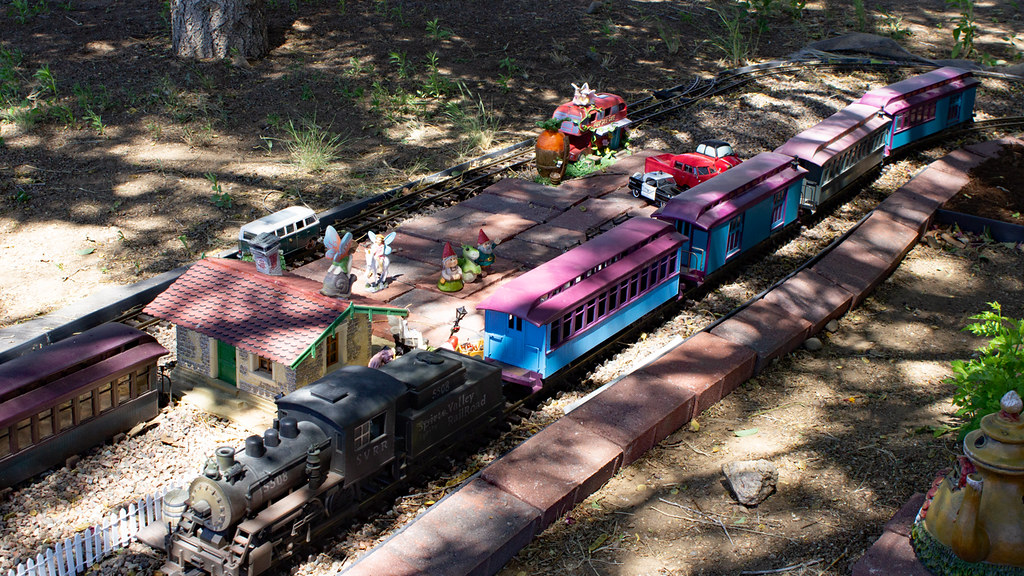 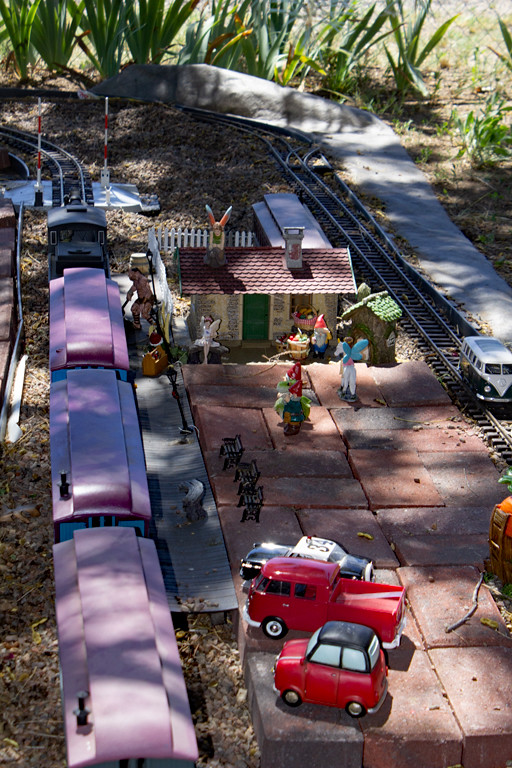 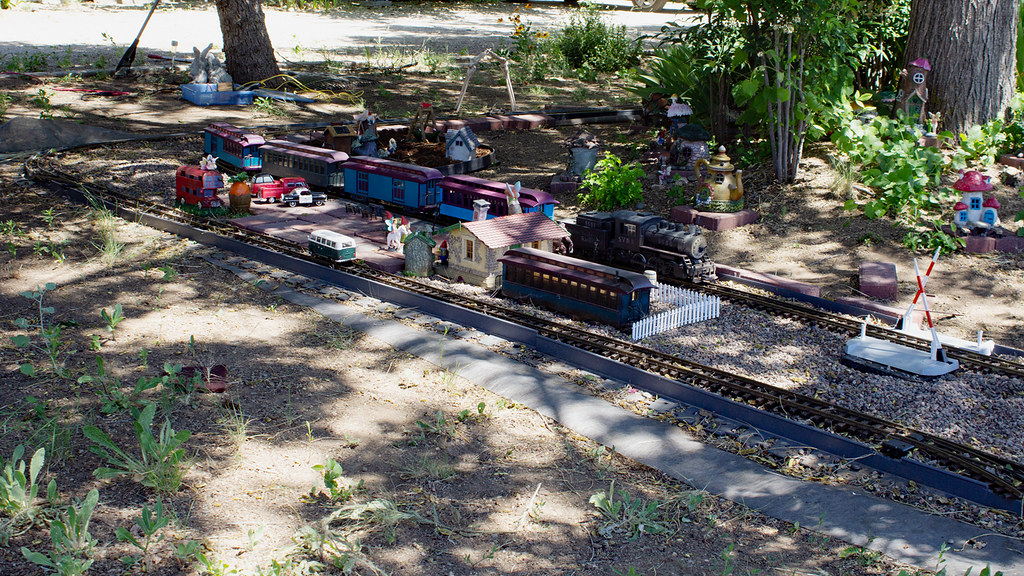 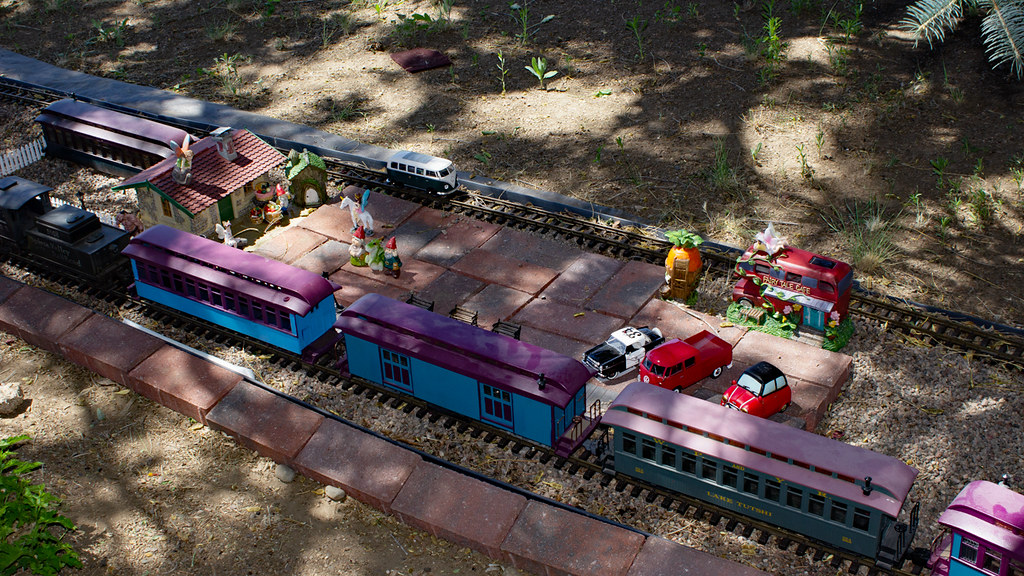 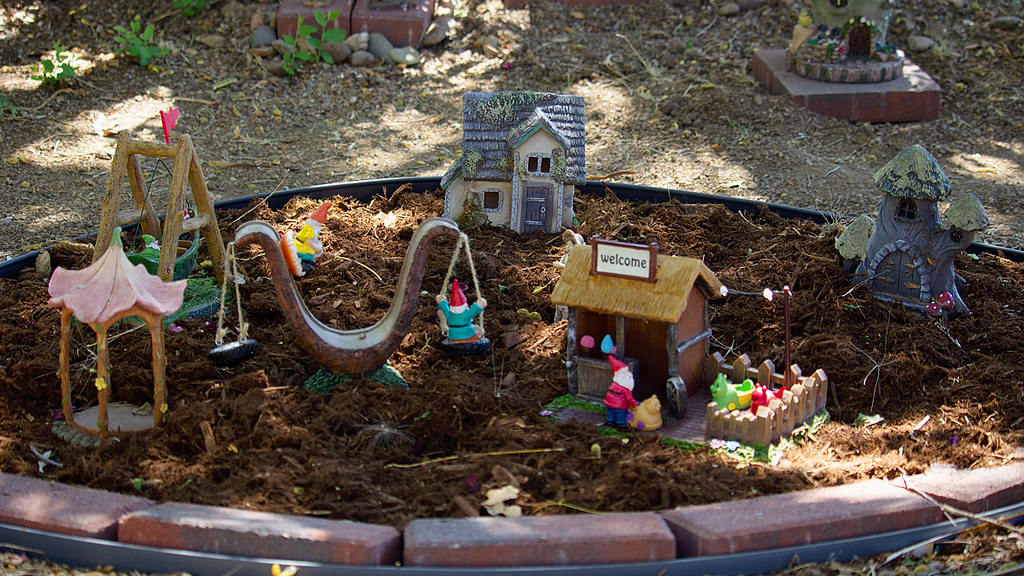 I admire your creativity.
However, i think your “world” demands a chloe or olomano teapot type locomotive.
I do however, like the livery. I am able to suspend disbelief.

Perhaps some harry potter creatures?? As an train crew.

Huh? What? said:
The amusement park...

The house in the center of the first photo and the one in the second photo would be more in line with what my wee brain could handle. I can only think in the abstract to a certain degree. But don't get me wrong, your ability to think outside the box should be admired, and it is.
Expand signature
DAN PADOVA