I do appreciate your advice, Jon. But this one was really not that expensive. (€ 20,-)

Because of the color I took the chance to try to get it more or less complete again. And as a starter I don't mind putting this on my layout. Maybe over time I won't be running stock in this condition anymore, but for now I'm quite happy with it! Although I'm thinking about painting two doors 'blue'... And running boards made of real wood.
Expand signature
RTM Tramways | Backer & Rueb RTM steam tram No. 16 | RTM wagons

The new wooden running boards sound a great idea! If you can copy the position and shape of the brackets from some photos, some varnished wood steps would really look the part.....
20 Euros is a good price, I agree - a good condition example with nothing missing or damaged would likely cost you anything from 60 to 80 Euros on the private sale market, and maybe 100 from a dealer - so yes, it was worth you buying it!

You could try Modelland in Germany for parts Henri....
Expand signature
Gizzy, CME of the Logs, Gravel and Bricks Railway...

Looking at the Coach I think that you might like to look at it as a Temporary till you can get coaches more in keeping with what you are trying to achieve. Do you know what this might be?

In the meantime why not try making the missing bits. Things that are round can be turned in a Drill using Files (cerefully). Footsteps can be made by using Wood, Plastic or even Metal with perhaps supports by Flattened Mains Copper Wire stripped out of its insulation. These little jobs will start to hone your Modelling Skills. Before you know it you will be considering a Scratch Built Coach. Possibly using the Underframe of this Cheepie LGB as a basis. That is how I got started, admittedly years ago in TT Scale.
JonD
Expand signature
JonD Dunnyrail East German Harz NG circa 1981 in Cambs. Link to my Railway Build A new Railway is Started - G Scale Central Dated vid of trip on my line mihi necesse est optimus
Reactions: Henri

Getting into the scratch build is what really excites me. I'v build many model kits in the past (mostly model cars in 1/25) so I cannot wait to start with trains.

Reviving this thread a bit....

I love the LGB 3050 compartment coaches - but I have a couple of questions for the forum:
1) It seems these are all 3rd and 4th class coaches. Would they have run with a first and second class consist then?
2) If so, I assume those would not have been compartment coaches? What would the first and second class coaches likely be?

The best photos I could find of similar prototype coaches are below. Really interesting that they had a brakeman's hut on this version! Also - there is a ladder on one end as opposed to the simple steps on the 3050.

Like others, I have never seen any color other than green and brown - but I do like the olive version shown in the earlier posts on this thread. I pick up the all green 3rd class versions for $25-30 (I think I have 6 now). But the cheapest I have seen the split green/brown 3rd/4th class version is $150, and the all brown 4th class goes for even more. It's just paint, so I think I'll simply have some decals made and repaint a few if I want the combination or brown version.

Obviously the LGB version is a bit shortened, and 2 axles vs. 3 axles. Honestly, the Bachmann Thomas the Tank Engine line - Emily's Brake Coach is probably more realistic for size, axels, etc. But it's also around $100 each.

These also certainly look a lot like the compartment coaches in The Quiet Man, with John Wayne... 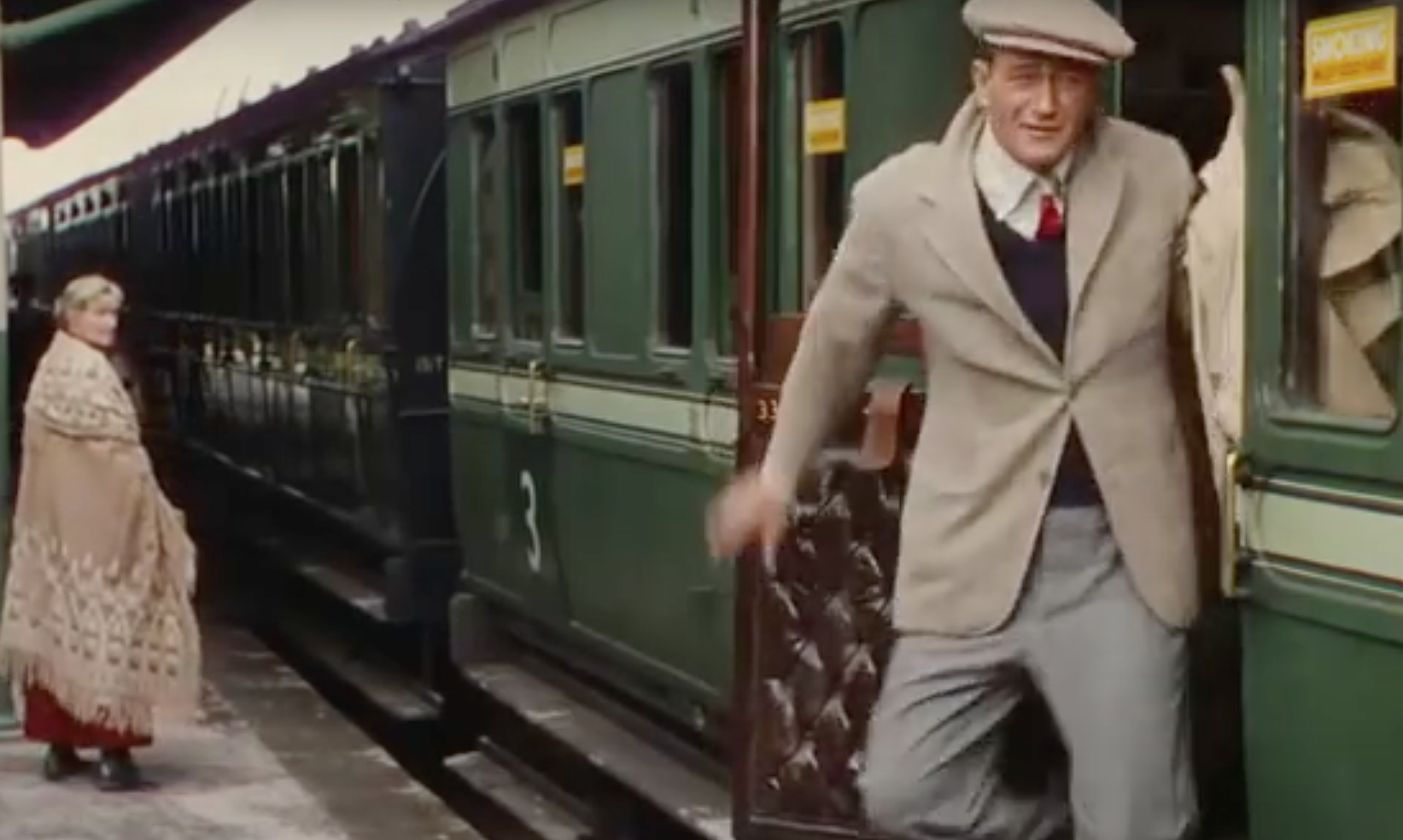 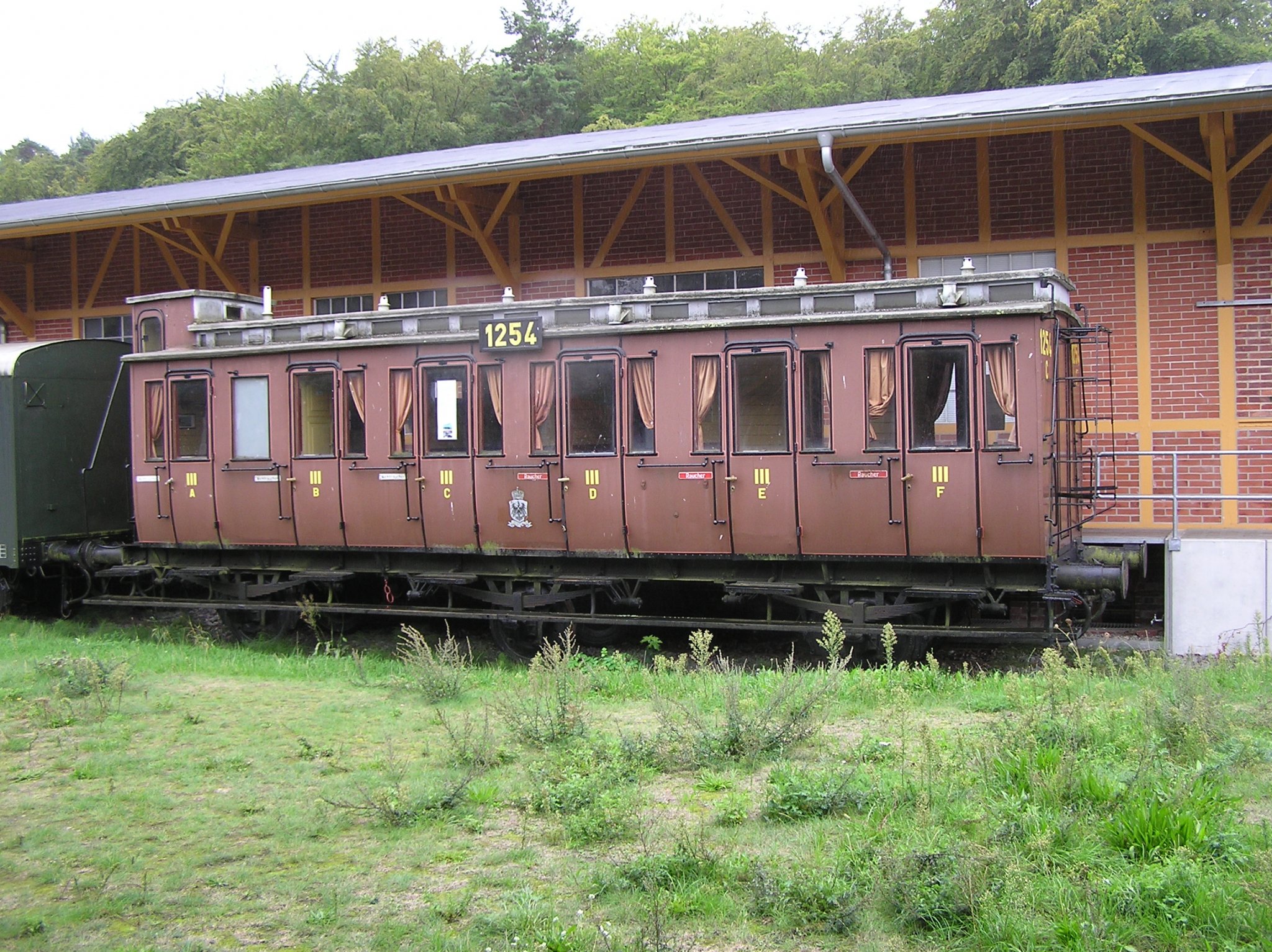 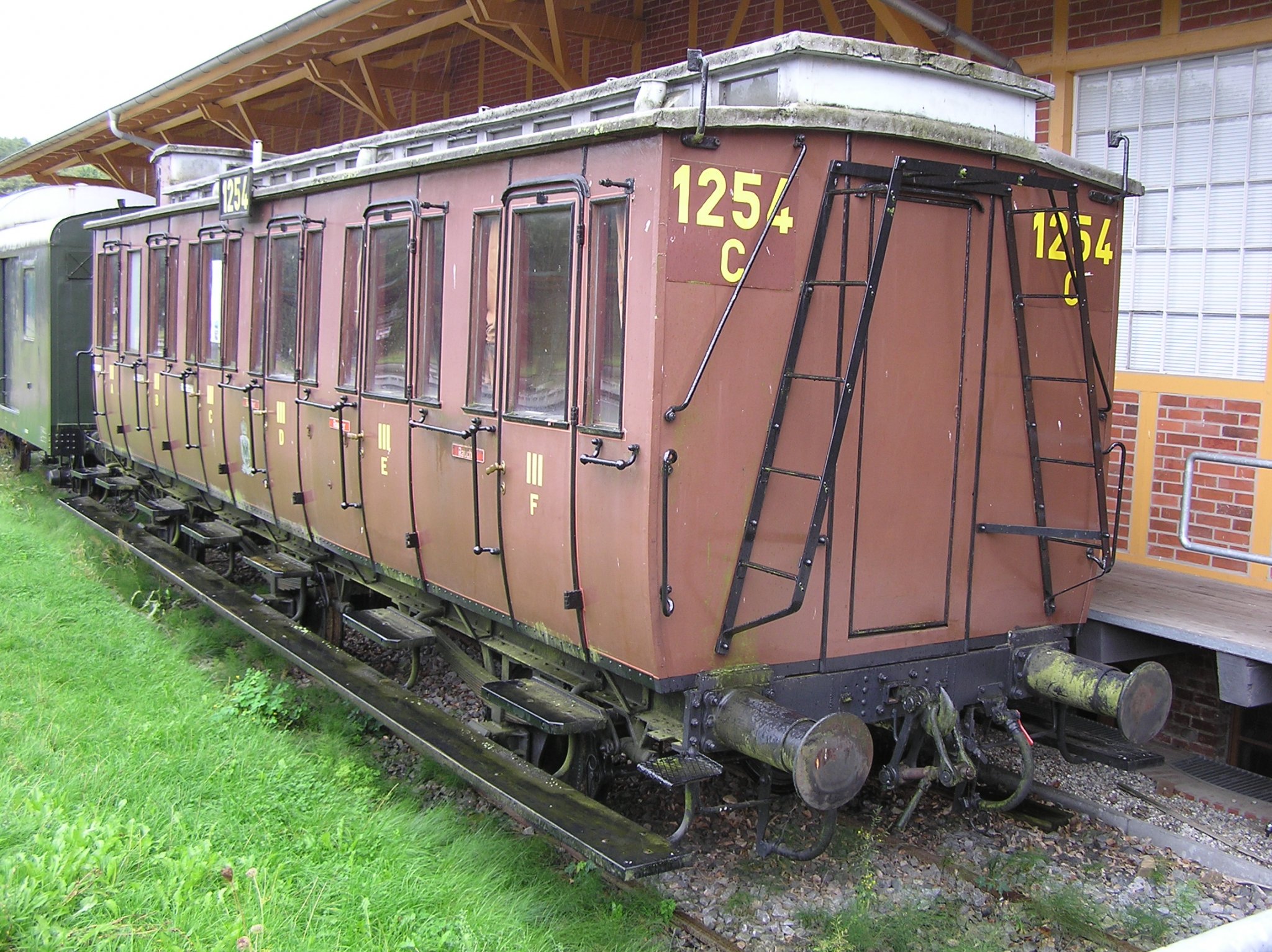 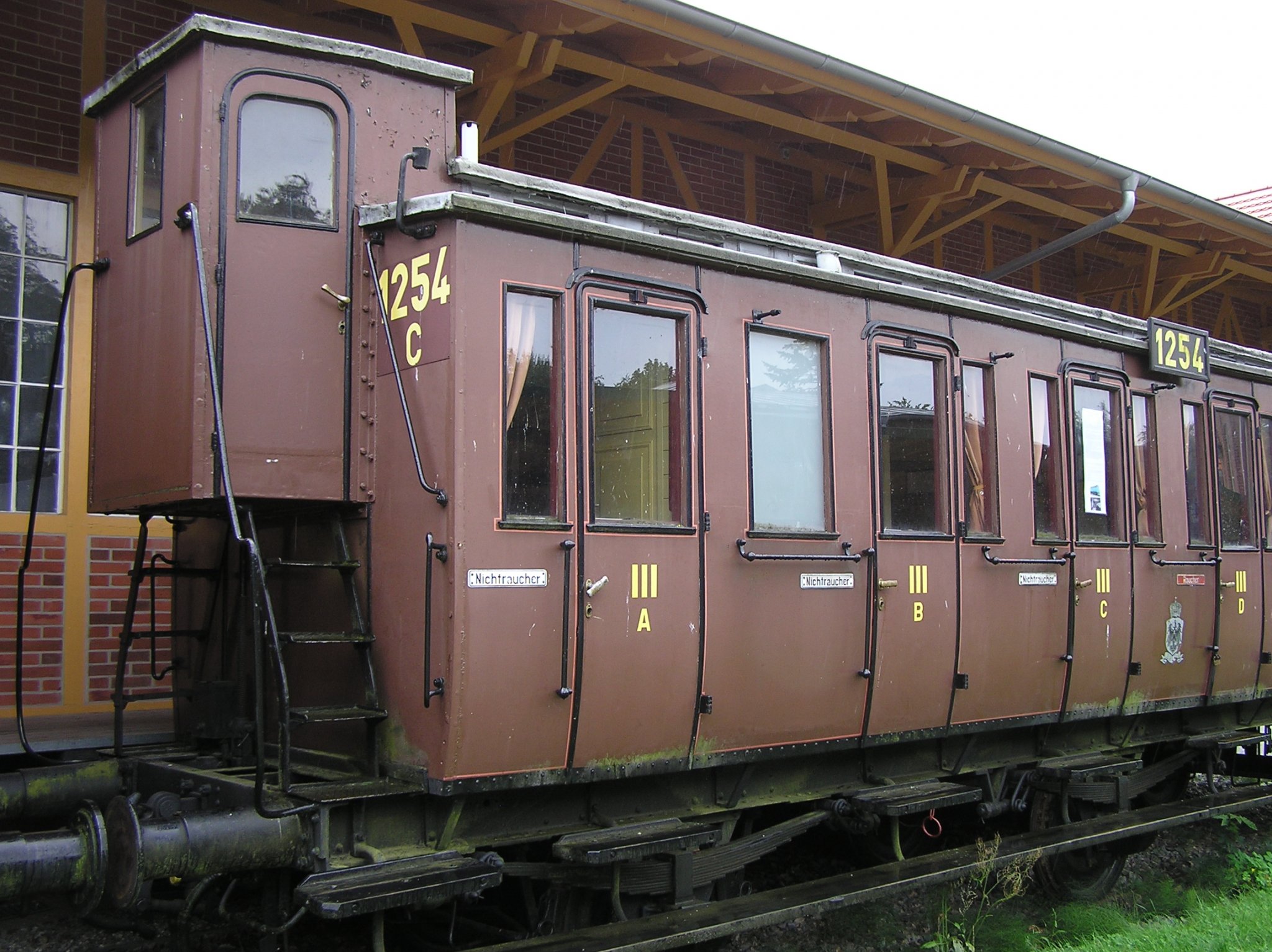 And a couple more photos...

A 3 Axle coach, a 4 Axle coach, and a 2 Axle French "Exposition" coach - which is interesting. No tunnels or bridges for that one. 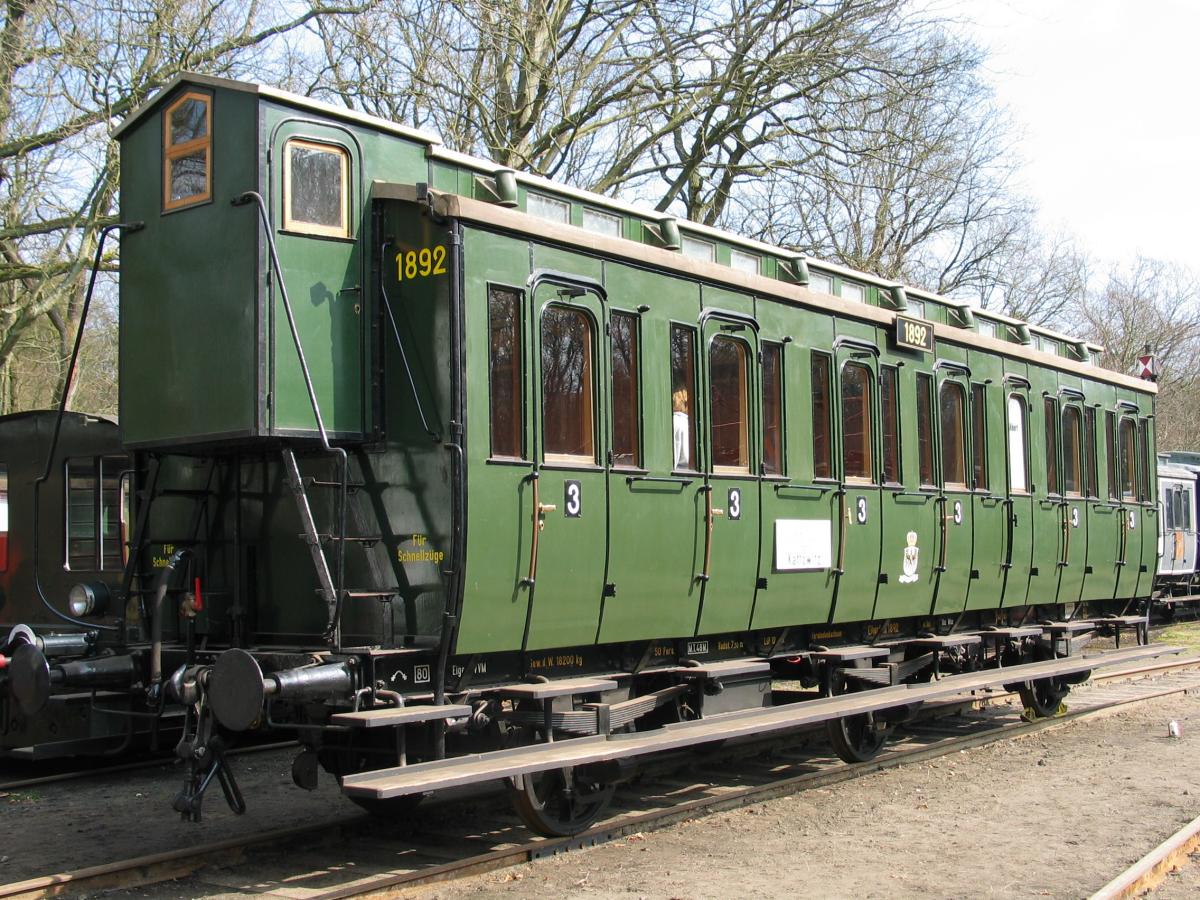 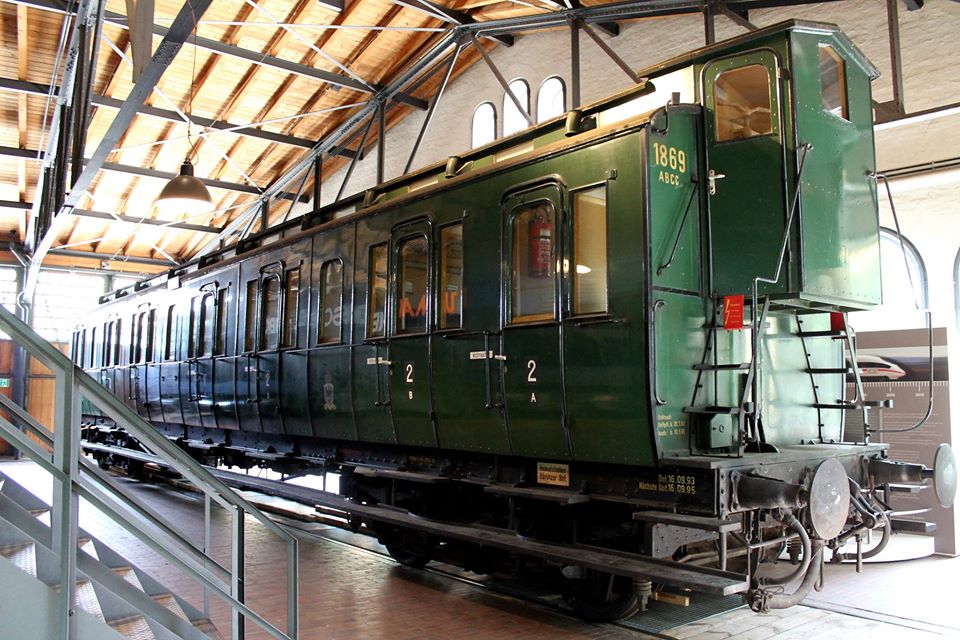 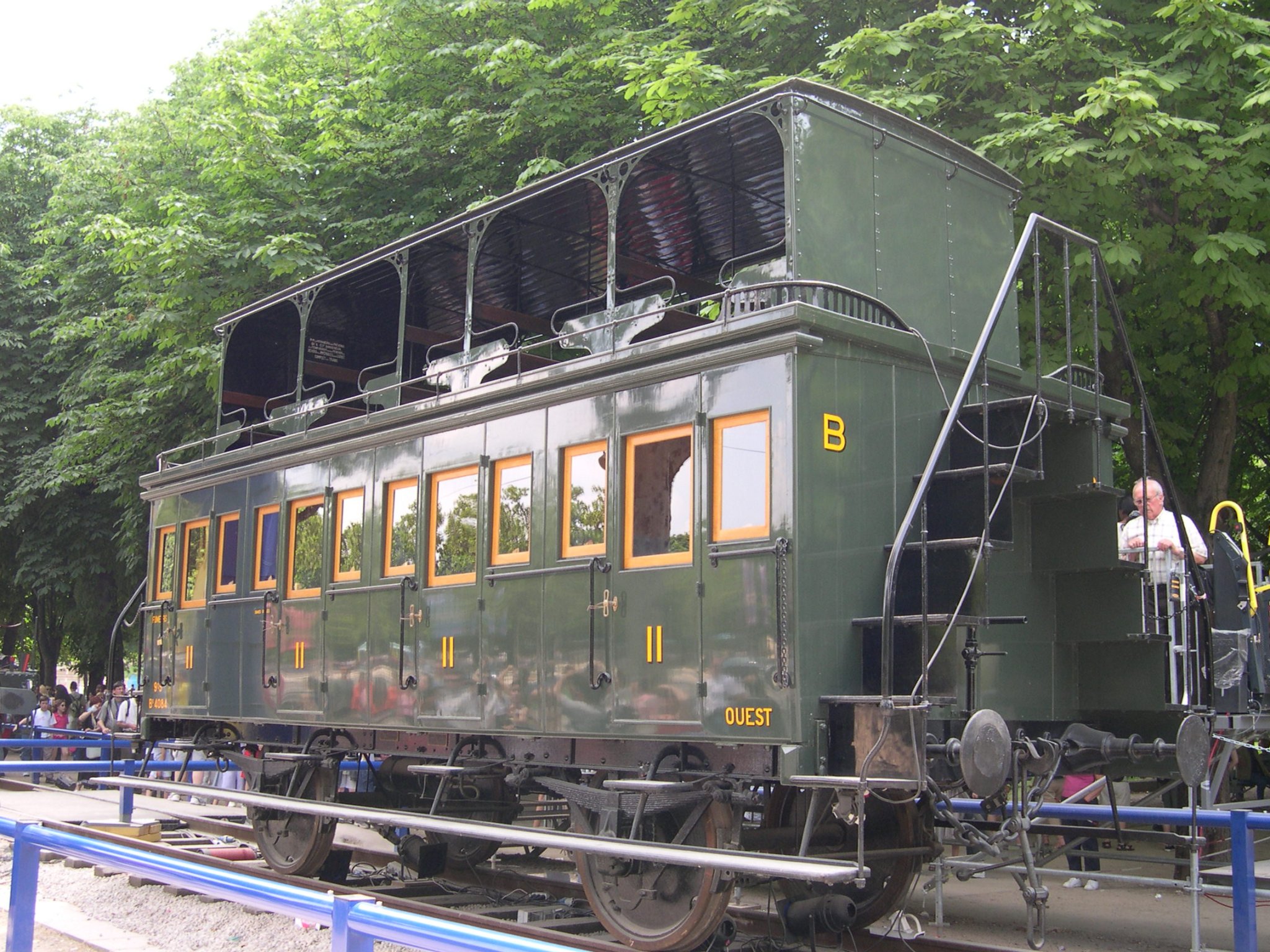