The weathering on the Indy has finally started,the dust and first rust wash coats now on and some oil stain around the tender axle boxes but I need some more paint colours and some new very fine brushes to finish it off,some rust damage on the cab sheets needs to be a little deeper maybe even drilling some rust "holes"although not sure at the moment as it would depend on the thickness of the plastic.I have only done this on custom cabs in the past when using plasticard so rust holes worked well as appeared to be thin metal so more consideration needed on that one,the rear of the cab also needs some more work together with the handrails.I noticed that the bell and whistle activating arms were both on the firemans side so when the whistle was put onto the engineers side of the cab the arm was facing forwards so a new whistle was knocked up with some scrap brass rod and some plastic tube(bell rope still to go on)The next step is a visit to the model shop for some more paint and then on with phase 2 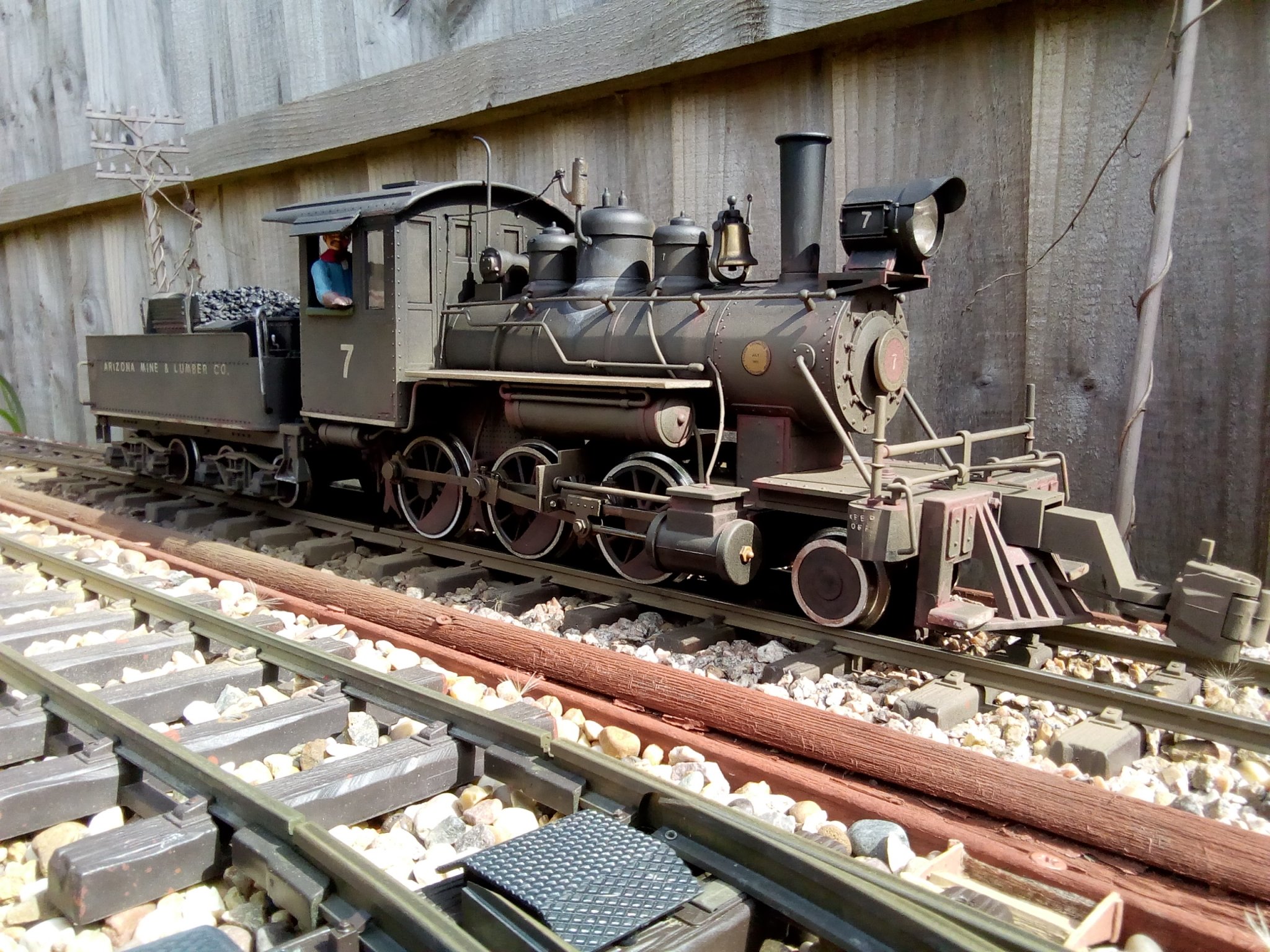 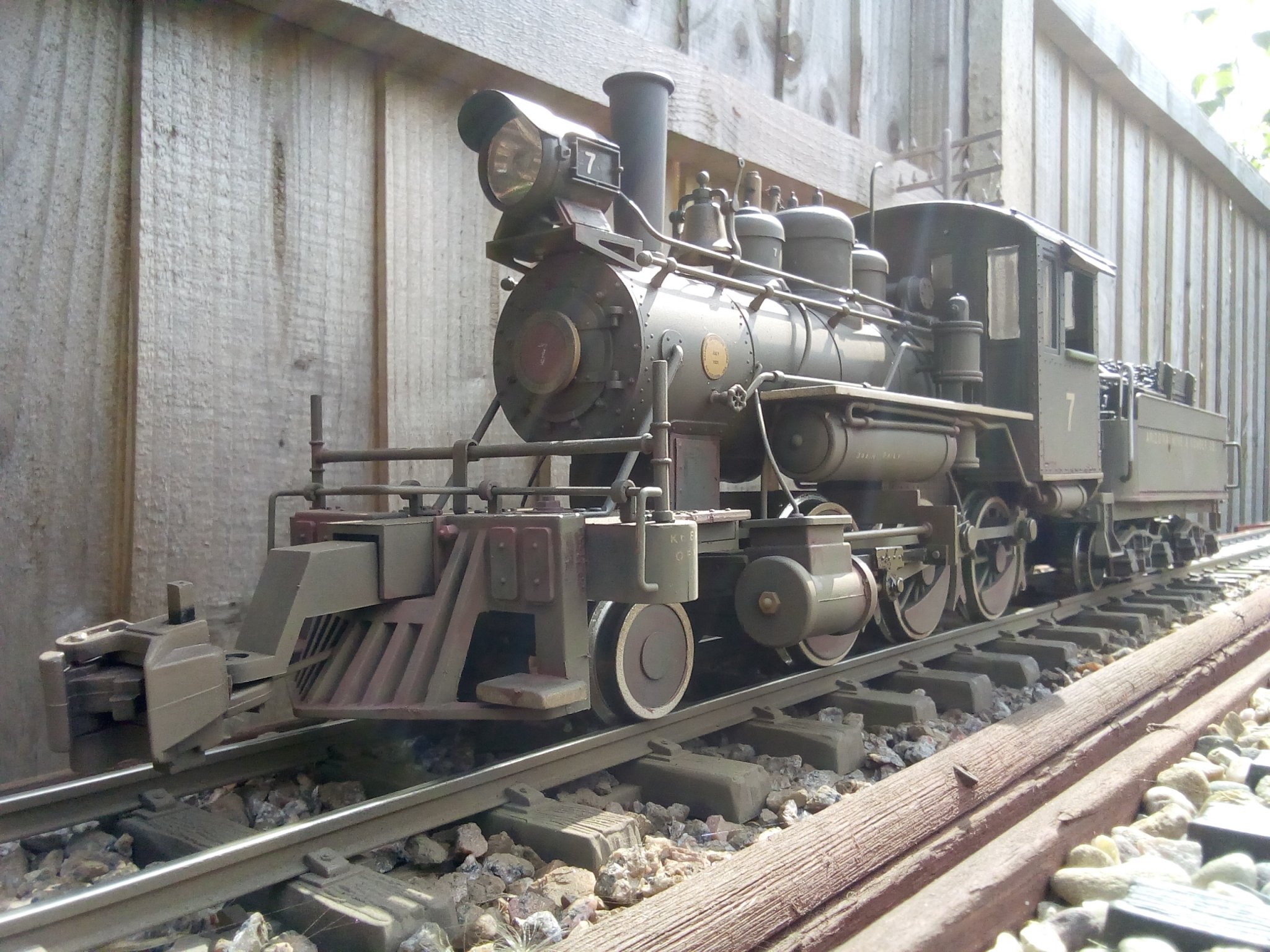 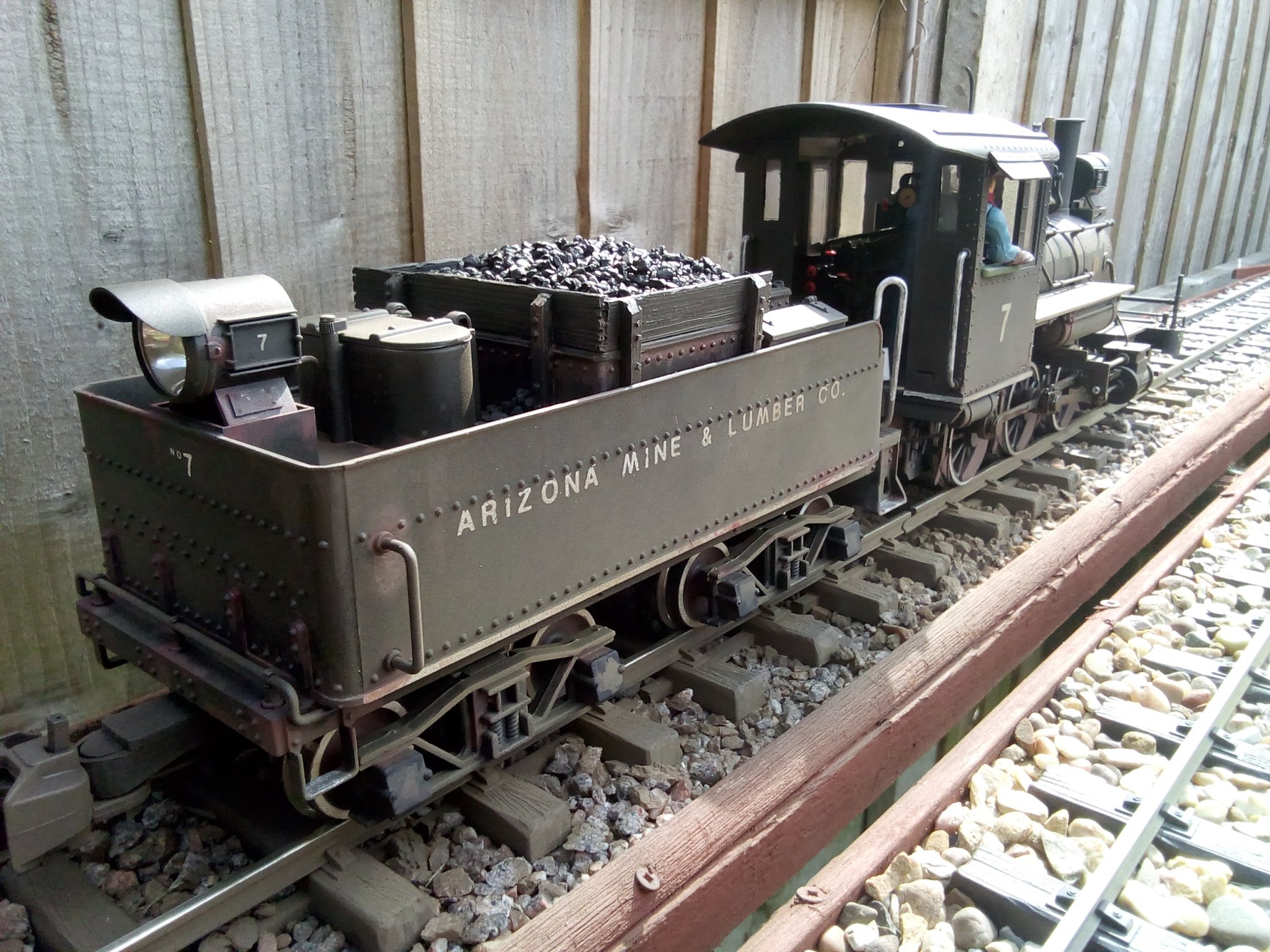 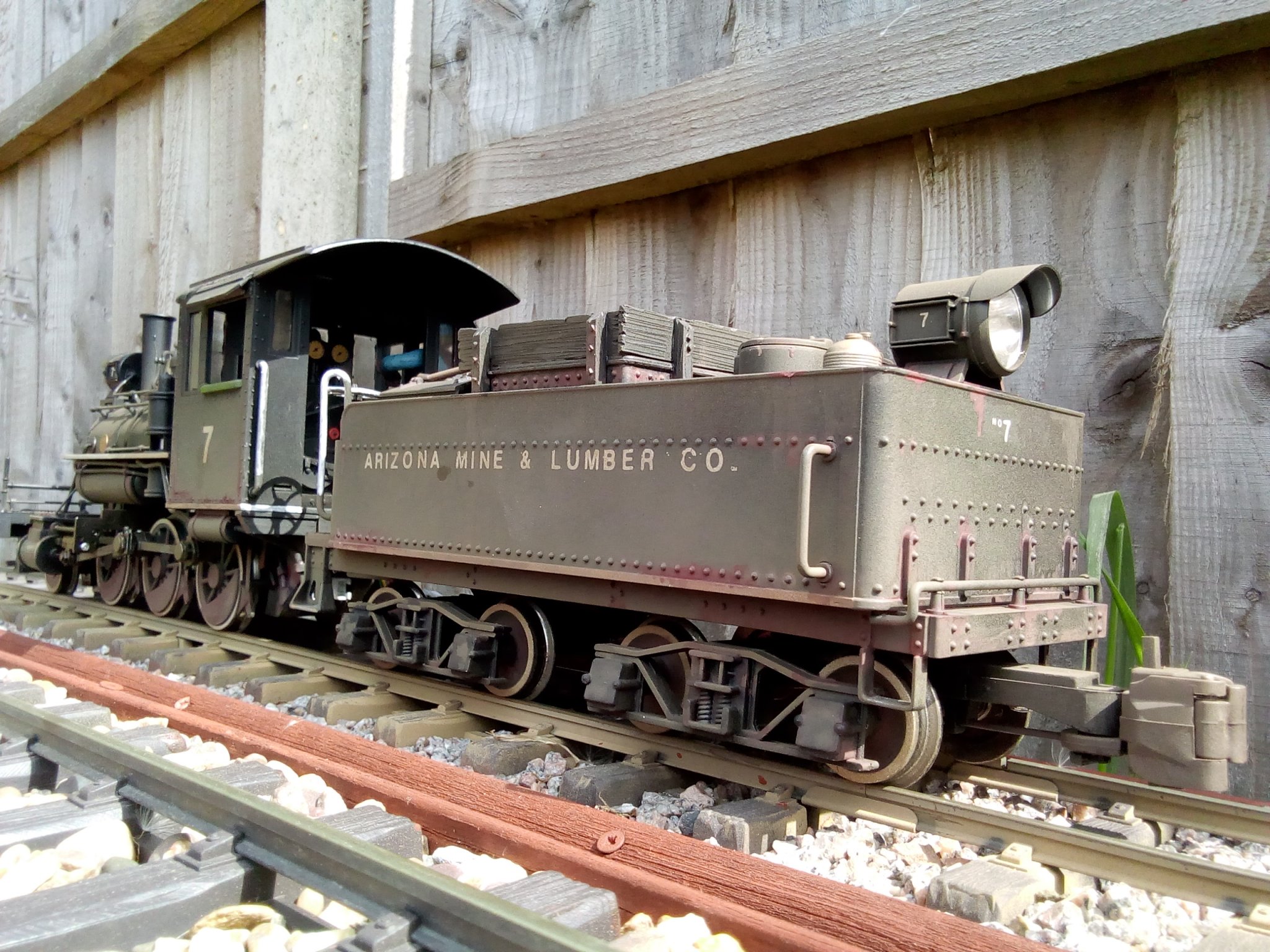 A couple of hours spent this morning after a night shift saw some more done on the loco,bell rope now fitted and some concentration on the cab and the tender,,,,well I did it,rust holes in plastic on the cab sheets,a few very small holes drilled then a file opened them out and roughed them up a little and seemed to have worked ok,the black plastic then showing was covered with a rusty wash,some more rusty "bits" added around the loco and a one pass of dust spray to tone it back,another pass over the front pilot area and one over the rear of the cab,as for the tender,the coal load had a spray of matt black and the spilt chunks of coal on the tender front and the deck were brushed with the same,by putting the shovel within the coal load I don`t need a fireman figure as such and then I can use any suitable figure with a little modification(still to do)handrails cleaned off to get rid of the weathering spray and to give a used look as to how the crew climb aboard,so apart from the fireman I think I may just call this one done,none of the model was masked up during the process.I`m unsure what the next roundtoit will be but there are plenty to do! 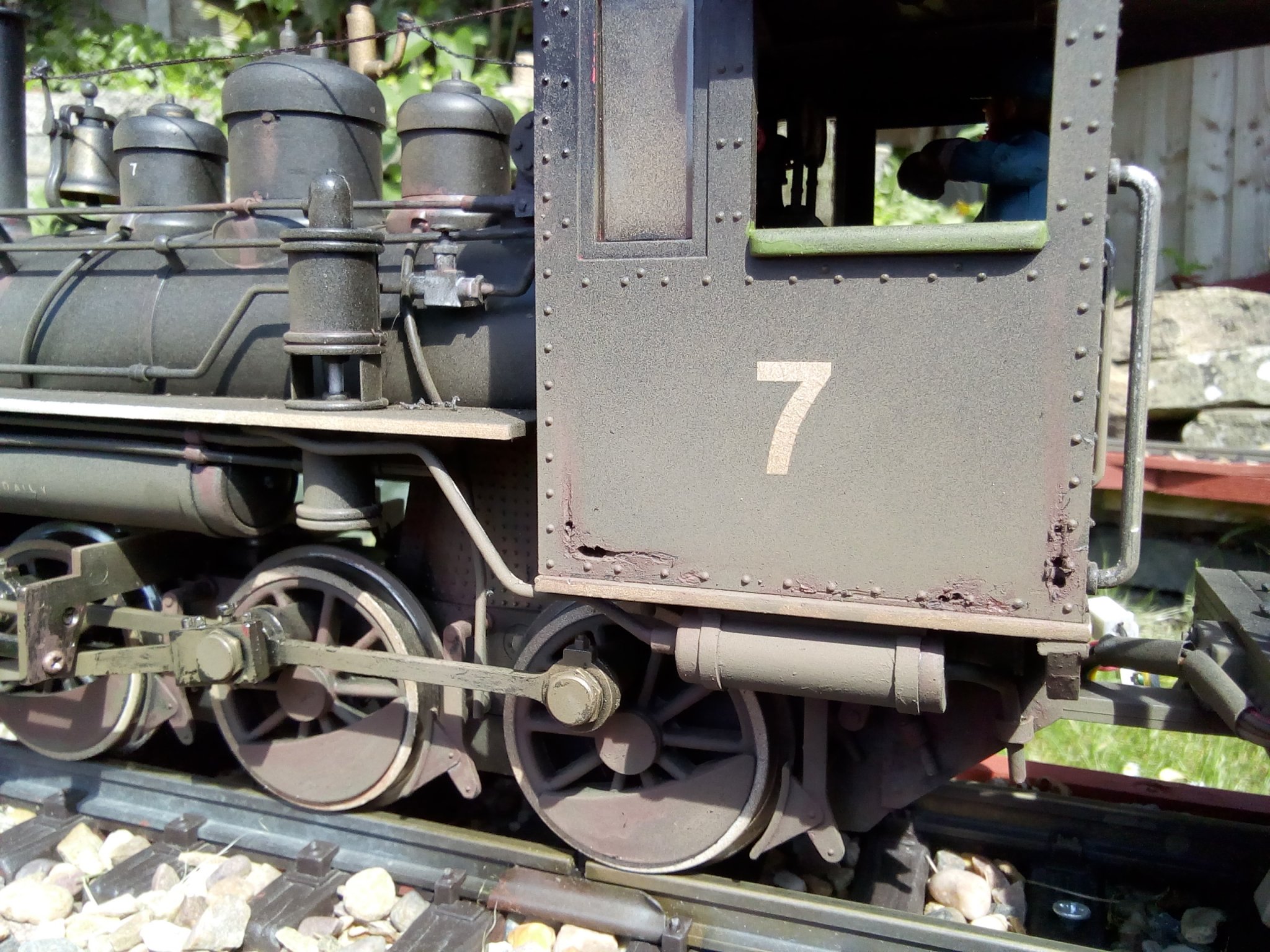 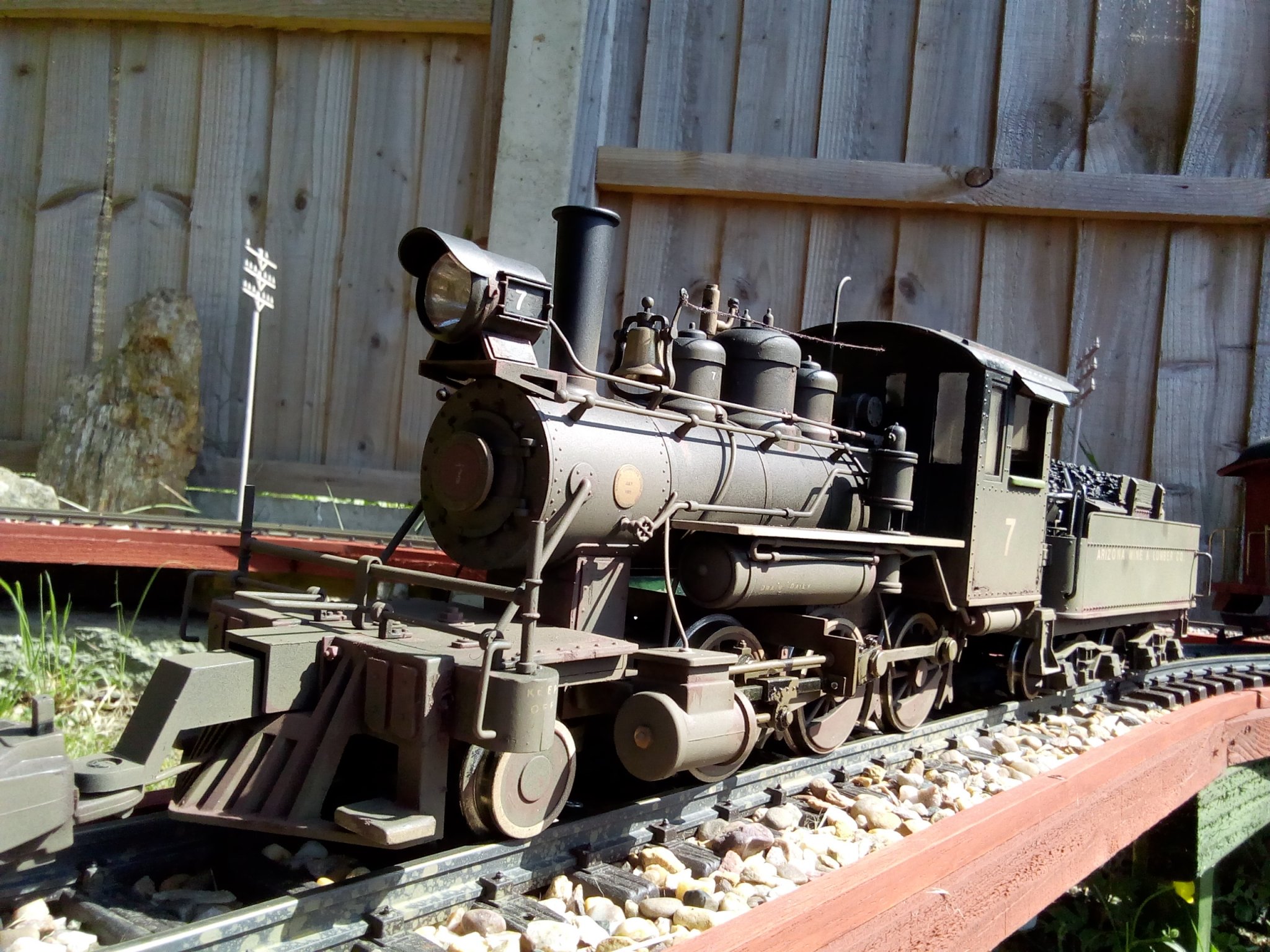 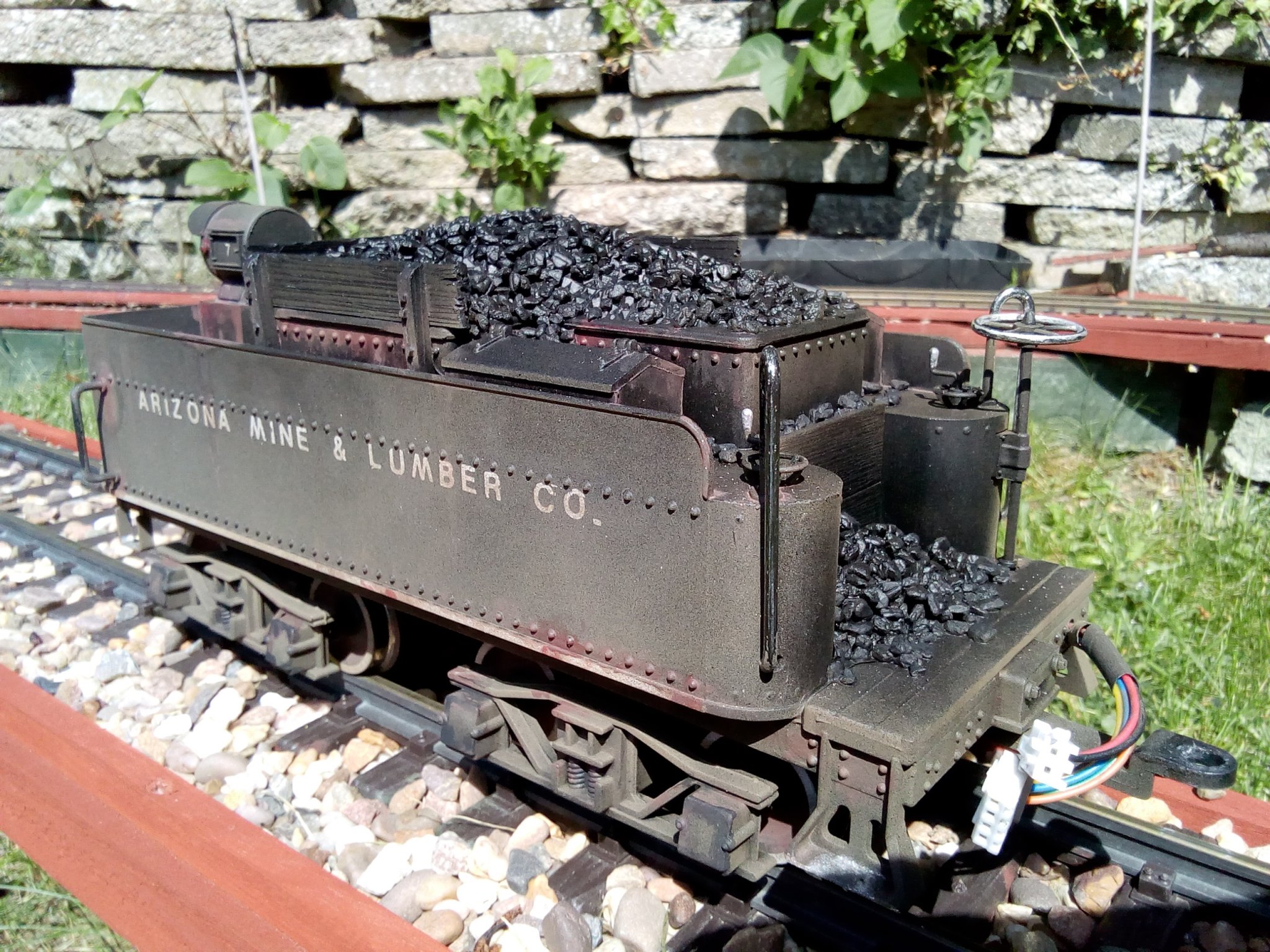 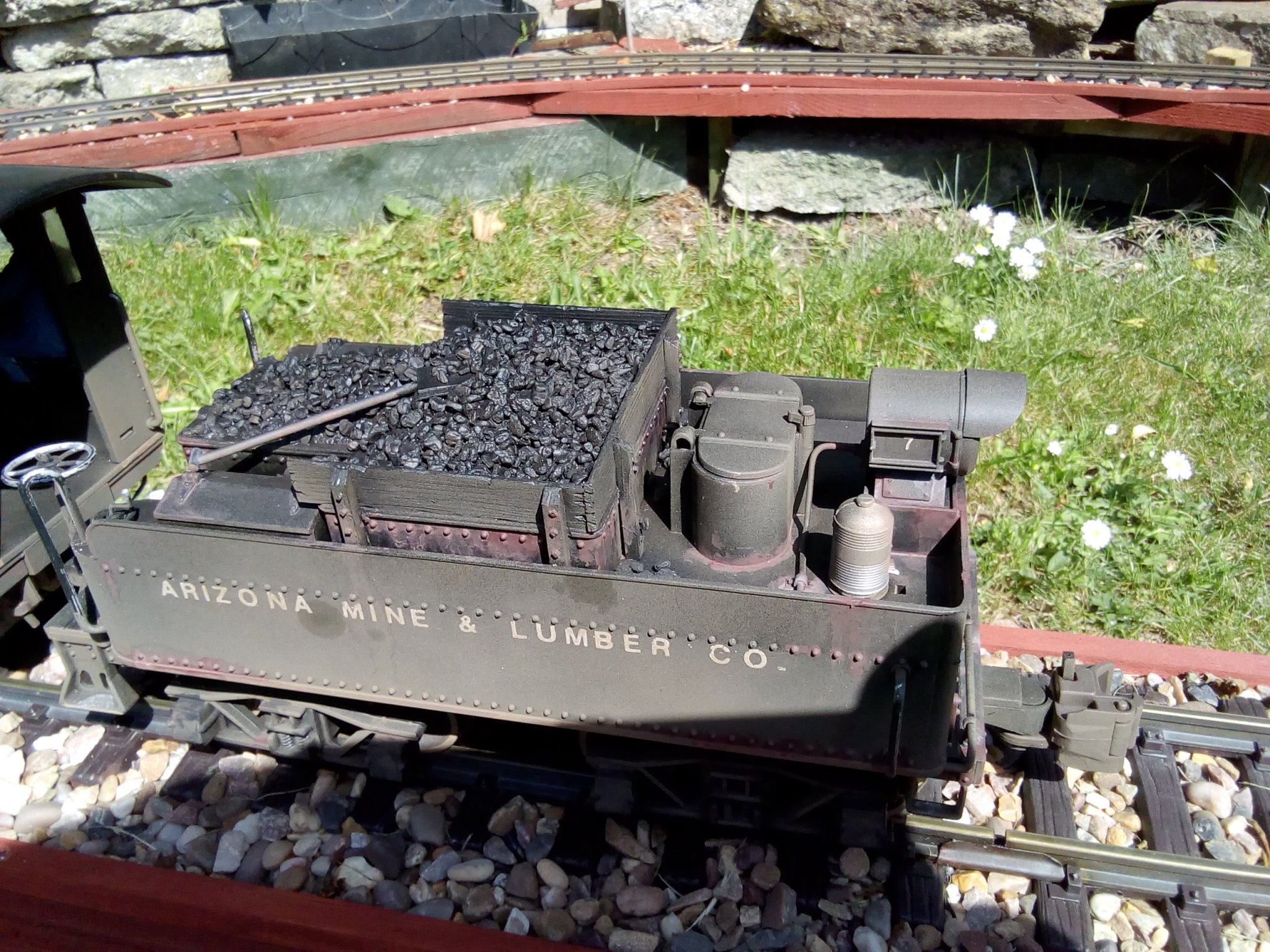 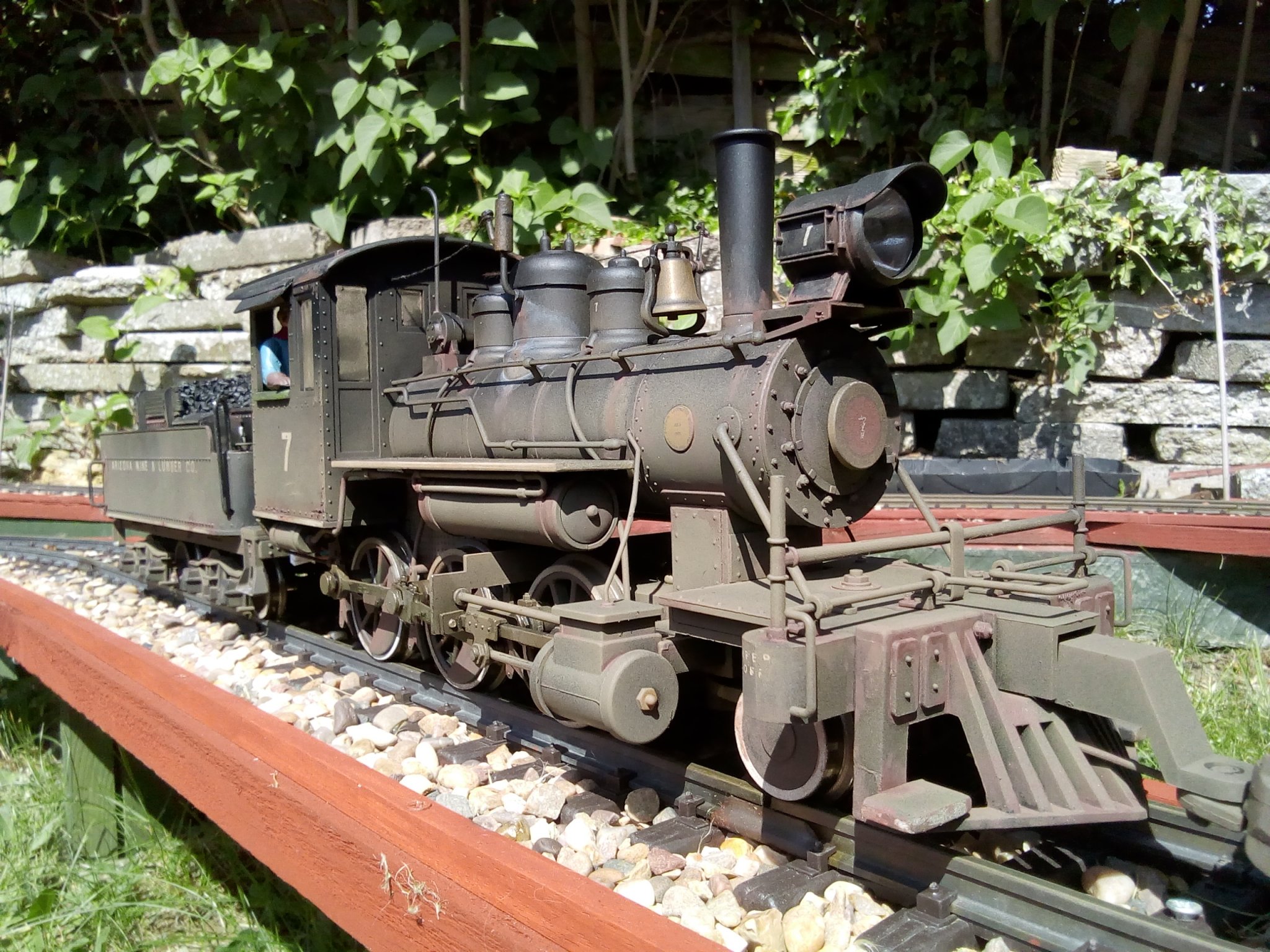 That is superb, I really like the rust holes around the cab bottom edges - not something you see done in model form very often!

Thanks all for the positive likes and comments,

just one more pic of the other cab side. 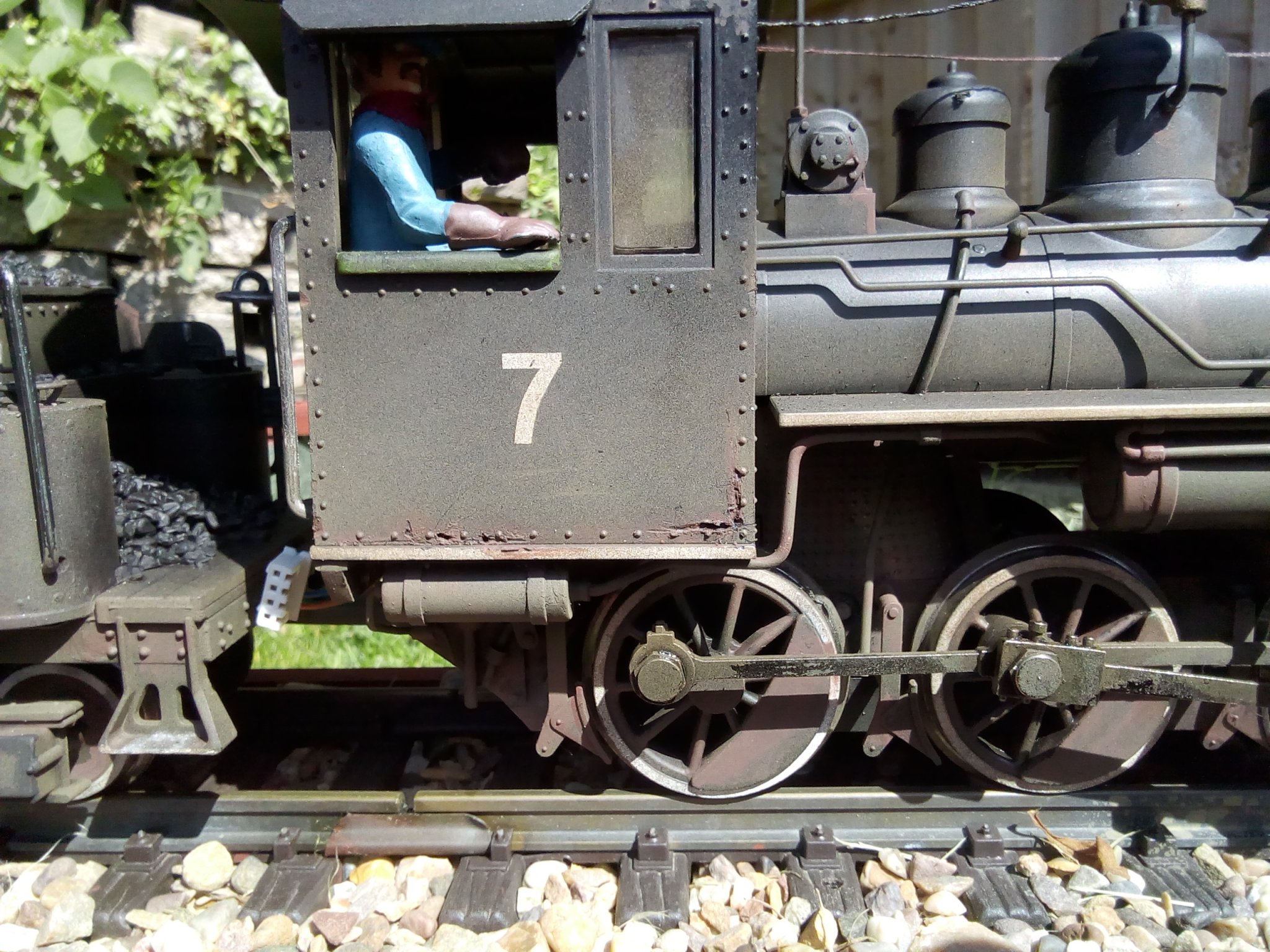