I am new to DCC

I don't want to get into a pissing match, but as to German vs. english, it is obvious that sentences in the manual like:

Are not for a newbie to DCC, as I stated, if this is not obvious, then I have nothing further to say on poorly translated German manuals.

Also, buying an "off brand" in the USA from someone in Europe, really, come on! It's tough enough here with the relatively well-represented ESU, Massoth, Zimo, where frequently the hardware must go back to Europe.

Again, if this is not obvious, then I submit you are just wanting to promote something that makes no sense for the consumer here in the United States.

I'm withholding words here, to me it is OBVIOUS these decoders would be a poor choice for a person new to DCC in the United States.

Have to agree with Greg that if something goes wrong sending stuff back from US to Germany would be a complete pain in the butt. I speak as someone whose Massoth base station had to be sent back to Germany cos an upgrade by a dealer would not work and could not be undone without a trip back to Germany. I was without my system for a few months in the summer. Luckily I had enough battery Locs to run my normal time table sessions during that lack of DCC. Additionally if one has to pull a Loco apart to strip out a chip to return to say Germany that is also an added pain.
Expand signature
JonD Dunnyrail East German Harz NG circa 1981 in Cambs. Link to my Railway Build A new Railway is Started - G Scale Central Dated vid of trip on my line mihi necesse est optimus
Reactions: dcm70
0
D

Also Zimo decoders will run up to 30 volts and survive a 50 volt spike.

Also note that almost all decoders will run on most DCC systems. Please let us know what state you are in, I am in Massachusetts and Greg is in Southern Ca.
Reactions: dcm70
0
D

OOPs, I see New York in your profile.
Reactions: dcm70
0

dcm70 said:
Hi all. I need to decide on which DCC system I wanted. I can come up with some money selling some of the O scale Lionel engines.
Even though I've never used them, it seems I've narrowed it down to the NCE DCC or Digitrax DCC.
Both the NCE system and Digitrax systems look nice and newbie friendly to me. Will the "straight plug-in" decoder of either system be interchangeable of each system? Not that I need to mix and match the decoders, but I was thinking which system would be more cost effective in the long run. For example, suppose I got the NCE system, and found a Digitrax decoder in the future on sale (or vice versa).. the decoder should work with either system.? At least that's what it looks like to me.. I really don't need anything fancy with extra decoder features, just something that will work, no problems.
Digitrax Evolution Advanced starter set 5 Amp.
NCE Power Pro 5 Amp.. and with the NCE, I'd still get the Mean Well power supply.
Will the power supply for either of those be enough for track length (about 70 ft) and 3-5 locos simultaneously with some powered switches be enough to power it all? Thats my biggest concern!
And then I'd just choose the decoders.
Click to expand...

I converted to DCC five years ago after 25 years as a DC/Analog large scale hobbyist using a Piko 35010 Central Station with its 5 amp Piko Power Supply......it can handle two LGB locomotives with two motor each plus another one motor LGB locomotive on my new 400 foot garden RR. I also have 18 LGB 16000 Track Switches with Massoth 1-Channel Switch Decoders installed on the layout. The Piko system is made by Massoth Germany and their components (switch decoders, Naviator, Wireless Receiver etc) are all operationally interchangeable. I use the Massoth Navigator Wireless Controller with my Piko Central Station. I also have the Massoth 12 Amp Central Station with Massoth 12 amp DC Power Supply, so I mainly use my Piko unit now for my programming track. You can buy the Piko Central Station & Piko Power Supply USA price for $368 and the newly issued Massoth and Piko 2.4 GHz Wireless Navigator for $240 and 2.4GHz Receiver for $112 at OnlyTrains.com They also have a complete package (Central Station/Power Supply/Navigator/Receiver) for $710.
Expand signature
Tom White
LGB Railfan USA
Website: www.OldDominionRailways.com
Reactions: dcm70
0

Here is good video on a worst case scenario of fitting a old Stanz with a 55021 decoder. It is part 1 of 2 parts.

This can be applied to easier installations where the loco has some form of pre-wiring. It could also be applied to using different decoders.

This link is to the Massoth decoders which replaced the LGB Decoders.

Massoth supplied many of the LGB electronics when LGB was its own company. LGB re-branded products built by Massoth.


The current Massoth 8154501 replaces the LGB 55022. These are very small decoders that can fit in tight places. I used them in these pieces. 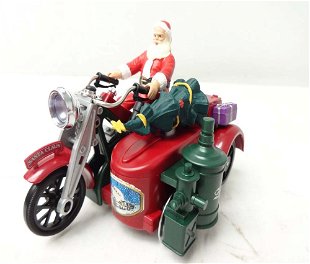 There are other more complex decoders offered by Massoth.


Please Note: I am supplying the above link for information only. I am not endorsing or promoting them.
0

For control, this video shows the Piko system. Piko introduces a scaled down and lower cost version of the Massoth Dimax 1210.

You can get for around $800 all in including wireless. At one point I was emailing and talking to Jonathan. He was a former Massoth employee and gave me much insight into the LGB-Massoth-Piko evolution.


Please Note: I am supplying the above video for information only. I am not endorsing or promoting them
Reactions: Deleted member 5389
0

Hi John - Looks like your and my responses about suggesting the Piko DCC system hit about the same time. It was my first DCC system five years ago after using DC/Analog for 25 years. I'm curious about what DCC system you use? Jonathan at Piko-America San Diego CA is a super helpful gent.....I've collaborated with him many times about the Piko DCC technical issues.

In my retirement, I do LGB locomotive repairs and DCC Sound Decoder installations for folks using either Massoth, Soundtraxx, Phoenix or Piko......will be doing my first ESU shortly. The video about converting a STainz 3-pin to 4-pin motor block looks like it would be a good guide for new installers. I recently converted an older LGB Stainz Circus loco a Massoth XLS DCC Sound Decoder and a LGB Circus motor-tender to a Massoth XL Power Decoder. To get the XLS to fit into the Stainz boiler, I had to clip the removable ends off the decoder, plus cut off a piece of the lead weight in the boiler. I replaced some of that weight with smaller pieces of lead in the sand and steam domes. The motor block was easy to modify by snipping off the brass conduits to the motor's terminals. The hard part was getting the Stainz parts back together with all those decoder wires. The only connection from the loco to the tender was the 2-lead cable for the speaker in the tender. I also adjusted the lead weight's location inside the tender to accommodate a good sized speaker.

John Russo said:
Here is good video on a worst case scenario of fitting a old Stanz with a 55021 decoder. It is part 1 of 2 parts.
Click to expand...

Thanks for providing the video link. I puzzled my way through chipping my 2070D and everything worked out OK. I'll be attacking a couple of clamshell Stainz's this winter. It's nice to see how it comes apart!
Expand signature
Phil S
Reactions: dcm70
0

LGB333 said:
Hi John - Looks like your and my responses about suggesting the Piko DCC system hit about the same time. It was my first DCC system five years ago after using DC/Analog for 25 years. I'm curious about what DCC system you use? Jonathan at Piko-America San Diego CA is a super helpful gent.....I've collaborated with him many times about the Piko DCC technical issues.
Click to expand...

I started with LGB Analog 30 years ago. It was a Christmas tree set up. I set it up and took it down each year. Every year I added more stuff and when I finally wanted to run two trains, I transitioned to LGB MTS III using the handheld 55015. I installed the decoders myself, dealt with the paid of programming CVs with the 55015. A have a wonderful story about trying to get the 65000 euro sound unit to work properly.

Trying to control switches and trains with that became untenable and so I moved to computer control. I bought a license for Stellwerks Easy from Juergen Schwartz in Germany. He wrote the original software for LGB but when they abandoned it, he went out on his own. FWIW, I am well versed in software, microprocessers, and related things. I found JMRI to be maddening. Stellwerks is fine for what I want to do.

I thought about moving off the MTS III. The Dimax set up was running around $1500 or so. Tom Larsen at OnlyTrains, another good guy, told me about Jonathan and the new Piko set-up. I ended up not going with the Piko because it did not have a computer interface. I had a few good conversations with Jonathon. I think the Piko set up is quite good. They are trying to make it easier to set-up.

At present, I have a modest set-up year-round in the basement. I have thinks running ad some automated routines that control locs, switches, signals, and sound using the computer. It generally works but it seems DCC is prone to missing commands at times and then things run amok.

I have a parallel project going where in I am using ESP8266 microprocessors to control things. It completely bypasses DCC. I only use the track for power. All signals to and from devices are send using WIFI and Web Services. I have a phone app I wrote that does standard calls to the the ESP8266s. The flexibility is wonderful. I can change the equivalent of CVs while a loco is moving. No need for a programming track. I can also control from a PC/laptop/tablet. It is all strictly prototype at this point. My end game would be vastly better and cheaper than than DCC. My big fear is ow to pass it to the next generation. I don't like DCC but is a 50 year old standard. My work would be a one off. Nonetheless, I am having fun with it.
Reactions: dcm70
0

This shows some of the current automation. At the end you see that the software missed a beat and I stop the video.