drClaes a new member from Kingdom of Sweden

Hello folks!
I joined your interesting forum in the end of 2018. I am an art historian by profession with a big interest in Railways. As a youth I joined a museum Railway in Sweden with two feet narrow gauge, the Östra Södermanland Railway. I have fired their small but real steam locos and sometimes also done some switching service alone in the cab on loco numer 1 Virå, built in the Motala workshop 1901. But this was many decades ago. The last year I was Active member of the ÖSLJ I made drawings for a new bodyshell to the diesel-locomotive "ASPA", built by Deutz-Obereüssel in Western Germany 1924 for a swedish industrial layout. This was in 1975, when I was nineteen. I wanted it to be painted maroon red with yellow stripes but it was painted green instead. I still have the main sketches in my "archive". Relatively late I begun with model railroding. I have mostly collected vintage Fleischmann HO. Last year I tried 1 gauge whith LGB tracks and an old Marklin 2-6-0 Baureihe 38, but soon I changed to DC and LGB. As a new member here I bought a Bachmann 2-6-0 from "Maxi model" which I like very much, but it is now 1 1/4 inch longer

. G-scale is sleeping here in Sweden, but the US programme is popular among the relatively few users. The pics shows ASPA and Annie placed in an antique cupboard from the 1910'es, i.e. the same decade as the prototype Bachmann Baldwin was produced.

Welcome to the forum

Welcome to the forum, do you have a name we can use!
Expand signature
Tumble Down Falls - The new railway

Do you mean a nickname? What about Swedloco

(but there are no sw. models on the G-scalemarket, so you have to rebuild existing models). Sweden had many loco workshops such as Atlas, Bolinder Munktell, Nydqvist & Holm, Motala Verkstad and others. But we also imported motor locos from Germany and still does such as Vossloh and Siemens.

The (borrowed) picture shows one of two preserved for 3 feet narrow track from the Atlas shop in Sweden built 1900 for the Dala-Ockelbo-Norrsundet Railway who was in service until 1970. Number 12 is still in duty on the museum Railway Jädraås Tallås Järnvag and number 8, also 0-6-6-0, is under restoration since 2010. Something for Aster or LGB to make as a model? 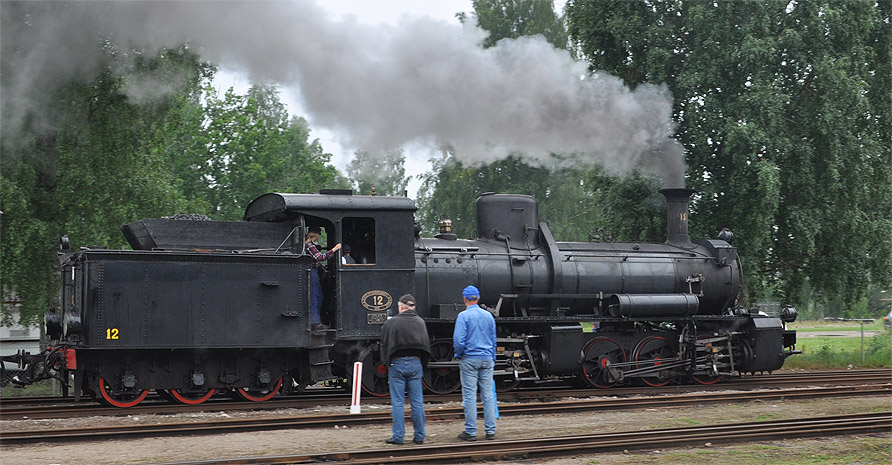 No, 1910 is the right year. The D.O.N..J also ordered a 2-6-0 tank locomotive from Baldwin at that time. The Railway mostly run ore and timber transports. A part of the Railway system in North Sweden still exists as a museum Railway.
Show hidden low quality content
You must log in or register to reply here.
Share:
Facebook Twitter Reddit Pinterest Tumblr WhatsApp Email Link
Top Bottom