I bought this Toy State #5430 "Christmas Magic Express" secondhand very cheap taking the risk it won't work. I was aware the quality of these sets is not very good but I figured I could always chop the engine and place a LGB or Playmobil motorblock in it or use the cars with another engine.
The wheelbase fits the tracks perfectly. The engine runs on 4x C-type 1,5 volts batteries (6 volts total). The dining car and the pumpcar have a light that is powered by a 1,5 volts AA type battery. The tender can play 19 Christmas tunes (but I do not recommend it...)

During the first test run the locomotive runs without any problems solo on the layout. I like the speed, not too fast at all.
But the engine does make the same sound as a small vacuum cleaner... You can hear it in the video below.
Does somebody know if this is the sound these sets normally have or is there something wrong with the gears?

Running the complete train was no success btw. The engine simply could not pull all cars through the curves. The train gets stuck. This is most likely caused by the two animated cars; the moving bear conductor and the pumping toy soldier. The animated figures are connected to the axles of the cars to make them move. This is causing resistance on the axles and the wheels start to brake because of this. Also, both these cars seems to have a slight bit wider wheelbase on the axles driving the animated figures. The wheels do not run as freely as the other cars. It's fixable I believe. 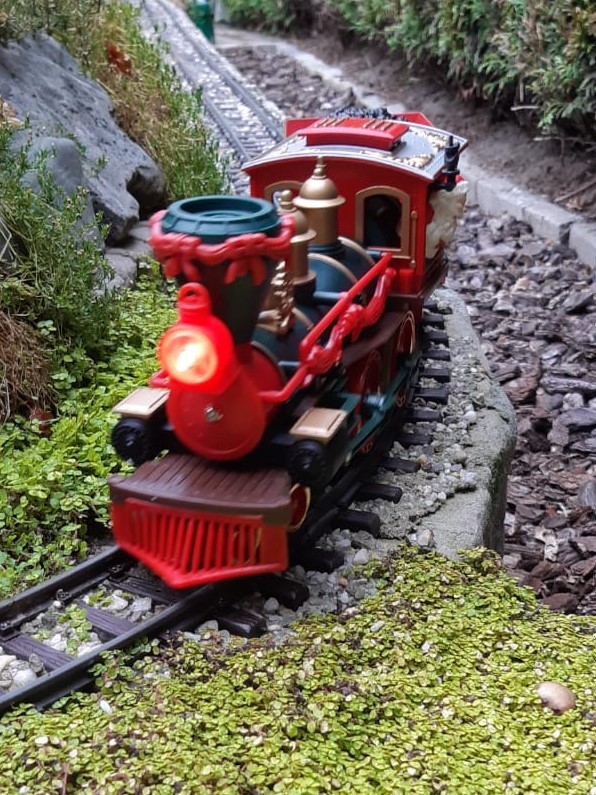 Visit my layout at: www.smallgardenrailroad.blogspot.com

Here's a picture of the complete set. 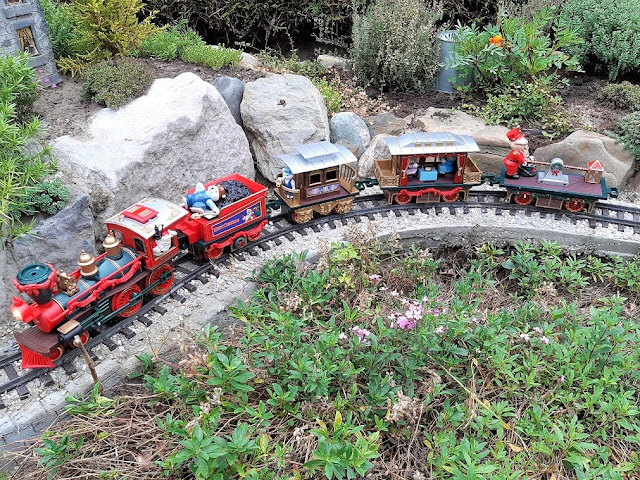 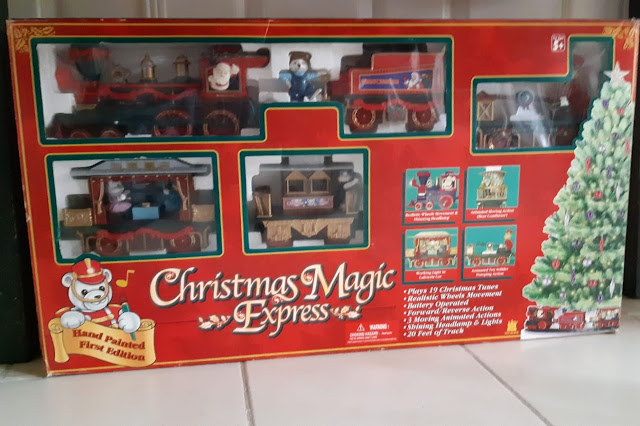 Visit my layout at: www.smallgardenrailroad.blogspot.com

I bought a Disney set some years ago that also made a whining noise. Finally found out it was a small fan to blow the smoke out of the funnel. It was secondhand unboxed and more 'O' gauge - it didn't last long. It would appear the loco came ready-filled with something to make it smoke, but that was long gone. No way to refill other than dismantle. All this was discovered when the engine had reached the end of it's life and I took it to bits for parts.
Toggle signature
Everyone wants to buy something - they just don't know it yet. Tell me how much you've got and I'll show you what you can afford.
Reactions: 1 user

Thanks Mike. I guess I have to open it once to see what is inside...
Toggle signature