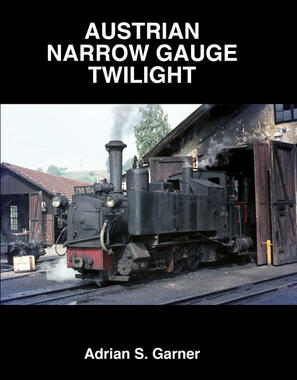 This is basically a photo album of the author's trips to Austria in the 1960s and 1970s, where he visited many Austrian narrow gauge and tram railways. All the photos are black and white, either half page or full page, and are generally good quality, well composed and well described, with dates, location, loco numbers, etc. There is a small amount of accompanying text, and mercifully it is all in English. Lines covered include Aachensee, Zillertal, Pinzgauer, Mariazeller, Murtal, Mixnitz and Steyrtal. Coverage is varied, for example Aachensee and Zillertal get nearly a third of the book, whereas Mixnitz gets one photo on one page. There are quite a few pages dedicated to the Ober Grafendorf scrapyard, which is where many narrow gauge steam locos met their end, bit like Barry Island for UK readers. If Austrian narrow gauge is your passion then you will enjoy this, but your favourite line may not get much coverage, if at all. For example Ybbstal, Waldviertel and Gurktal are all missing, so this is far from comprehensive, but good value none the less.