Station benches for the PLR

At last got around to putting together the railway seats with PLR logos which were laser cut for me around two years ago. I decided the figures I've just painted needed somewhere to sit.....

The chap who laser cut them for me used to trade on one of the GR Facebook groups. I've just checked and it looks like he no longer offers the service. I've messaged him just in case and will let you know the outcome.

.
It's surprising how much difference there is in the size of figures purportedly advertised as for 16mm scale - I suspect there are some G Scale interlopers .... 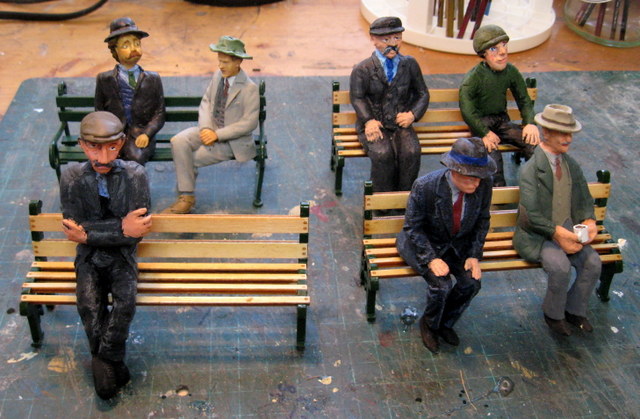 .
Now all stored, ready for deployment when the running season re-starts. 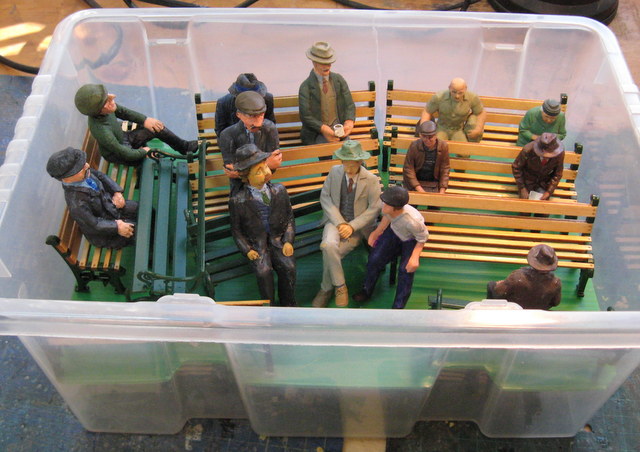 There probably tends to be some variation in 1:1 homo sapiens as well