dunnyrail said:
Interesting so what is a Xavier's 4054 as I could do with some gauges like wot you ave printed.
Click to expand...

He sent me pictures of the gauges from his playmobil 4054 steaming mary. I edited one into this to make it more printable:

Print this image to be 3 inches wide and 1 inch tall for the gauges to be the original size.

I put a clear self-adhesive sound reducing cabinet door silencer as the lens for one(it happened to be the correct size): 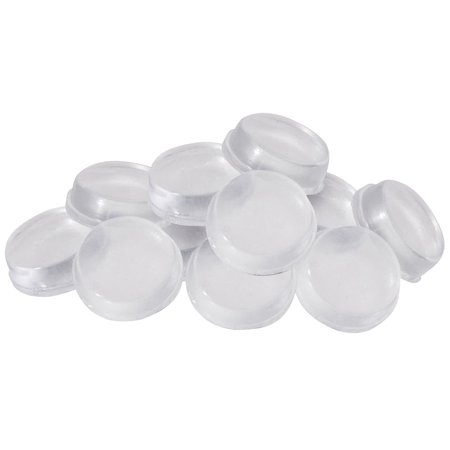 Brilliant Brian, as usual.
Thanks for your gauges
I like the glasses in the cabin

I have been in the process of making a new bell holder for this scientific train.
I found a part from an old playmobil stage coach which seems re-purpose-able:

It looks similar in shape to the Steaming Mary bell holder, it just needs some height extension:

And a cut to fit the bell:

I still need to make the height extensions and mount it, but here's sort of what it should look like:

I found another scientific train with tender and 4 wagons for about $5 for everything:

The Scientific box car is a similar length to the playmobil box car, but a little shorter and narrower, with less standing headroom inside:

The original frame is sunken into the body which is why it's shorter than playmobil or LGB:

It's notable that the dimensions of the scientific boxcar match that of an LGB caboose frame:

But I preferred to put it on a playmobil frame, and used a wooden floor:

Replacing the floor and putting the new one flush with the bottom of the walls created more standing headroom:

The box car is more comparable to playmobil in height now that it's on the playmobil frame:

The narrowness of the scientific boxcar left a gap in the sides of the playmobil frame, so I temporarily added some electrical tape to seal it until I find a better solution:

Another bargain buy and clever adaptation, -b.

The Scientific boxcar reminds me very much of the LGB Toy Train ones in it's width.

I like this blue boxcar.
It is "playmo compatible".
And can be used with the yellow van without a doubt.
To change the floor was a good idea for the head of Playmobil people

Gordon, that's interesting what you say about the LGB toy train. I have not seen one in person yet. I did find an LGB caboose not too long ago, which had previously been converted into a lamp(so there's a hole in the floor which I will likely fix with epoxy. It also cost about $5. It's notable that the LGB caboose is very close to playmobil in size, much wider than it's own LGB caboose frame. Here I've placed a playmobil frame under the LGB caboose body, and on top of the LGB caboose's frame, followed by it on it's own frame:

Unlike the smaller cupolas of scientific, echo, eztec, and bachmann, the LGB cupola is nearly identical in size to the playmobil cupola:

The LGB caboose fits well on the playmobil frame, even though it's a little bit longer. It overhangs onto the step, but the tab is perfectly positioned to hold the body in place.
Here I shortened the playmobil walkway to accommodate the longer LGB caboose body:

I made some cupola seating from this playmobil pirate ship part:

I'll need to make the light boxes(from playmobil lanterns (a gold one is seen sitting on the caboose roof in a previous image)) since I don't have any LGB ones, but I may put LED's in them. And I still need to fit the exterior ladders and playmobil doors:

This modified LGB caboose may also be pulled by the modified scientific train. The scientific caboose is much smaller than this LGB or the playmobil caboose so I won't be converting that.

I made a lot of things with this Playmobil pirate ship part.
You are showing again this part is very helpful

Here's how the ladders ended up:

If I had more spare ladders, I might have done it differently for better rung spacing.

The lack of raw materials means we have to find ingenious solutions.
Bravo

The result is even more beautiful

Reverted from the playmobil RC car control back to scientific controller control, so smoke unit is available for use again:

And made use of Dunnyrail's extra cattle-car steps:

Very nice
I like the choice of colors, which makes wonderful set
the tunnel is very nice too, and seems strongly shored,

The switch operation can be seen in this video: